THE PERFORMANCE | The blackest of magic coursed through Meloni’s performance in the premiere of his far-out new Syfy series, an eye-popping comic-book adaptation that emphasizes the “graphic” in “graphic novel.” Though his cop-turned-hitman Nick Sax is a suicidal drunk, the actor kept sparkling faintly in his sad, bloodshot eyes an irresistible glint of mischief, making the character the antihero for whom we hadn’t even realized we’d been holding out.

It really shouldn’t have worked. Nick is pathetic — he even looks like he’d reek of smoke and whiskey. But work, it did. Meloni miraculously managed to make his grizzled counterpart as appealing as appalling, in large part by wielding the killer’s sense of (gallows) humor as deftly as he did his firearms.

For instance, when the nefarious Smoothie (the creeptastic Patrick Fischler) threatened to “remove [his] penis, in thin slices, like salami,” Nick didn’t break a sweat, he cracked a joke. “That’s gonna take you a long time,” he said, “if you know what I mean.” Meloni played the moment so coolly, so casually, you’d have sworn that Nick was at a Dean Martin roast, not in the clutches of a sadistic supervillain!

Factor in the preternatural skill with which the Law & Order: SVU vet grounded in reality even his silliest, most surreal scenes — opposite the animated, titular unicorn (voiced by Patton Oswalt) — and you can understand why, while Nick’s life may be “an ever-swirling toilet that just won’t flush,” his portrayer is, in our estimation, the s—. 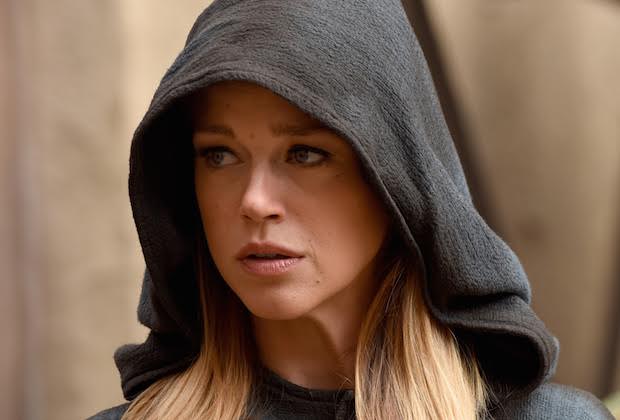 HONORABLE MENTION | As The Orville’s Year 1 mission ended with its most engaging storyline yet, Adrianne Palicki was afforded — and seized — the opportunity to bring new layers to Kelly Grayson. Because whereas until now the First Officer was largely presented as capable, barely-flappable and sharing a rocky romantic past with Captain Mercer, this week she had to grapple with the reality that her fleeting interaction with a young girl on a random planet spawned incredible ramifications. Returning to said planet after 700 years of evolution had zipped by, Kelly was aghast to learn that she was perceived as a Jesus-like healer whom everyone worshipped… and in whose name severe punishments were handed down. Palicki conveyed Kelly’s incredible discomfort with, and fervor to undo, this development. Prefaced by moments of sweet romantic-comedy (as Kelly and Ed mulled a rekindling, over too much alcohol), Palicki’s work was, well, stellar. 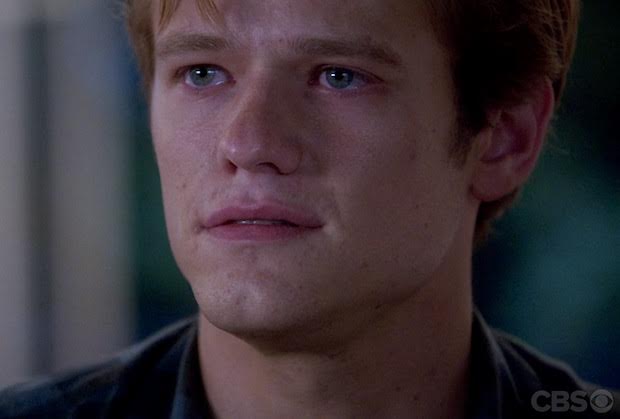 HONORABLE MENTION | The Arctic waters threatening to sink a research ship could have been mistaken for the tears of MacGyver viewers, as series lead Lucas Till delivered his most intimate performance to date. The set-up: For much of the hour, Mac guided Zoe, the group leader aboard the ice-blocked vessel, through assorted hacks to restore heat and fend of fires, all building to what we imagined would be the rescue of all 32 college students. And as he did so, Till showed us Mac’s sweet admiration for Zoe’s resilient attitude. But when the final fix failed and Zoe (The Good Place‘s Amy Okuda) decided she would sacrifice her life to save the others, Till’s face said it all, no more so than as Zoe lamented they’d never have that ice cream date… and then as she went silent, consumed by the slowly flooding cabin. MacGyver can fix seemingly everything, but not the broken heart he now nursed. 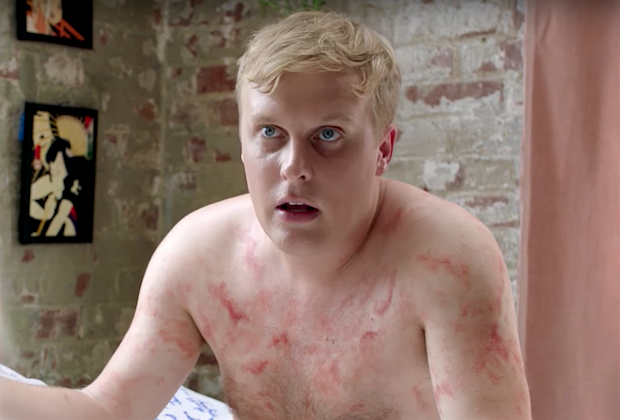 HONORABLE MENTION | Guilt can really eat you up inside — and it can mess up your outsides, too. Search Party‘s John Early was hilariously manic this week as Elliott’s nagging remorse for his role in Keith’s murder expressed itself in the form of explosive diarrhea and head-to-toe hives, leading him to bark at his friends: “I just need two to six bags of fresh ice, OK? And it must be fresh!” As Elliott went even further off the deep end, writing his book by hand on long strips of paper towels and insisting on weighing everything in his editor’s apartment (including her newborn baby), Early’s glazed expression and erratic movements went right past “amazing” and approached “legitimately terrifying.” In a normal week, Early is one of the funniest people on TV. This week, we want to hand him an award… or at least two to six bags of fresh ice.