Mr. Robot‘s Elliot cleaned house this week, scrubbing away his past… and seriously questioning his future.

After a quick flashback to Elliot as a kid with his dad at the movie theater, we catch up with him three weeks after the coordinated E Corp explosions: He’s holed up in his apartment, destroying any trace of Trenton and Mobley (R.I.P.) on his hard drive. Darlene asks him to reach out to Angela, but Elliot is too busy blaming himself for the carnage — and for Mr. Robot’s continued presence in his life. (“He won’t leave… because I wanted this,” he tells his sister. “I liked it.”) The guilt he feels is absolutely crushing, and as he hands his dog off to a neighbor, gets rid of his Mr. Robot jacket and buys a big old bag of morphine pills from a twitchy drug dealer named Hard Andy, I start to get a bad feeling about this. (C’mon, man. I watch Crazy Ex-Girlfriend, too. I can’t deal with two suicide attempts by two of my favorite TV characters in less than a month.) 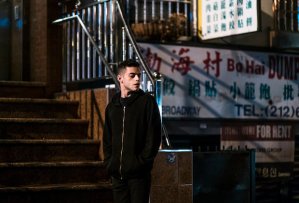 First, though, Elliot visits Mobley’s brother, who wants nothing to do with his “terrorist” bro — he’s on the verge of being fired just for being associated with him, he says — and declares he’s not even having a funeral for Mobley. Then Elliot goes to see Trenton’s family, who are packing up to leave town. Her father realizes she was just a “victim” in all this and appreciates Elliot’s kind words, but they can’t stay when anti-Muslim sentiment is so high. Elliot finds his way to a Coney Island beach and retrieves that bag of pills from his pocket, and it’s looking grim… but thankfully, Trenton’s little brother Mohammed interrupts. He followed Elliot here, and now he doesn’t have a way to get back. So Elliot reluctantly puts his plan on hold and escorts the kid back home.

When they get there, Mohammed is locked out; his parents went to Connecticut, two hours away. So he convinces Elliot to take him to the movies — and guess what’s playing? The Back to the Future trilogy! It’s Back to the Future Day (the future date that Marty McFly time-traveled to in BTTF Part II), so Elliot is excited to introduce Mohammed to his favorite movies. The kid would rather see The Martian, though, and when Elliot’s head is turned, he runs away. With the help of a kindly Jewish ice cream truck driver, Elliot finds Mohammed at his mosque, where they get into a bickering match. “I wish you were dead!” the kid yells at Elliot. “So do I!” Elliot admits. Uh-oh. Secret’s out.

They have a touching heart-to-heart, though, and Elliot eventually takes him back home again… where the kid reveals he had a key to get inside the whole time. (Tricky!) He apologizes for keeping Elliot from doing “your important thing,” and hopes they can hang out again soon. Elliot promises to take him to see The Martian — and gets choked up when Mohammed gives him a lollipop “because you said you were sick.” Newly invigorated, Elliot goes back to Mobley’s brother and informs him he will be having a funeral for Mobley after all… and threatens to blackmail him with hacked emails if he doesn’t comply. 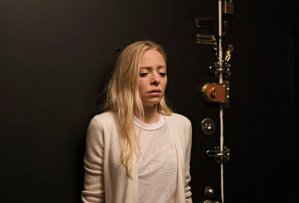 Then he heads to Angela’s: She doesn’t answer when he knocks, but he talks to her through the door, reminiscing about the “wishing game” they used to play together as kids. Back then, they wished for Sour Patch Kids and bigger bedrooms — now they just want everything to go back to the way it was. And maybe they’ll get that wish: The Mr. Robot jacket finds its way back to Elliot, and after he gets his dog back, he fires up his computer with a new motherboard… and finds an email in his inbox from Trenton. (Remember she mentioned that she had an email scheduled to send if anything happened to her?) Its subject? “Don’t Delete Me.” Its first words? “I may have found a way to undo the hack.”

* I freeze-framed Trenton’s email to take a closer look: She says the late Romero — aka Ron Cephas Jones, aka William on This Is Us — installed some kind of program that might have saved a backup of all the data the hack wiped out. But, she says, the FBI would have all of that now. Elliot, meet Dom?

* The movie nerd in me notes that in the movie-theater flashback, Shallow Grave and The Jerky Boys: The Movie were playing, which places it in the early months of 1995. (I do question whether a New Jersey theater would have a big display advertising Babe, a sleeper hit from Australia that wouldn’t open until August… but again, I’m a nerd.)

* Elliot and Mohammed did have some fun banter together, didn’t they? “The Martian has 92 percent on Rotten Tomatoes.” “That’s because most critics have s–tty taste.”

* The passing shots of the aftermath of the E Corp bombings — the purple commemorative ribbons, the military-enforced curfews, people wearing surgical masks and digging through trash — were downright chilling.

* On the other hand: My God, that was some gorgeous framing in that final Elliot-Angela scene, huh?

* Loved all the Back to the Future references — those fan costumes were priceless — but the final song actually came from another ’80s time-traveling movie: “In Time,” by Robbie Robb, from the timeless classic Bill and Ted’s Excellent Adventure. Party on, dudes!

Got thoughts on tonight’s Mr. Robot? Drop ’em in a comment below.