The Thinker may be the fastest mind alive, but Barry’s got a one-track mind that’s obsessed with thwarting the baddie during Tuesday’s The Flash.

After a home visit, Barry becomes convinced that there’s more to DeVoe than his normal professor exterior would suggest. After all, it “wouldn’t be the first time someone played nice and turned out to be our bad guy,” he points out to his friends and family, who remain unconvinced. Barry keeps investigating his supposed foe through questionable means, stealing the professor’s mug (the DNA comes back totally non-meta) and questioning him in his classroom. 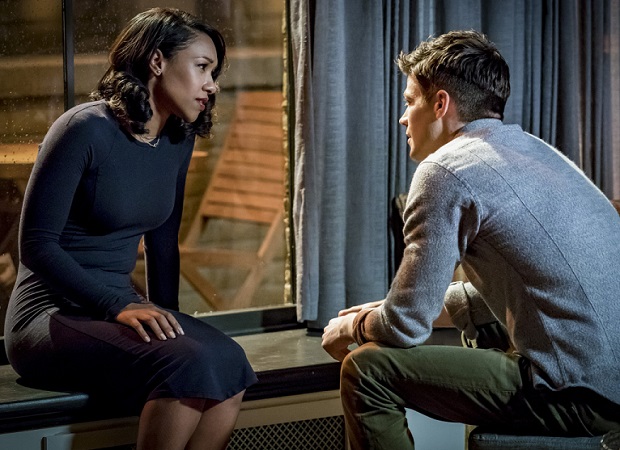 “For the sake of your job and my sanity, please, let it go,” Iris begs her fiancé. So you can imagine how worried she is when the team discovers that Barry phased into DeVoe’s home, hoping to track the camera in the samurai’s head back to the prof. The B&E gets Barry suspended from work and earns him a restraining order.

Barry tries to explain himself to Iris by telling her that DeVoe feels more dangerous than all the other bad guys they’ve faced combined, especially since the team knows so little about him. And given his upcoming wedding and Joe’s expanding family, “I have more to lose now than ever before,” Barry adds. Iris tries to calm him down, urging her beau not to let his fears consume him, because there will always be threats. It seems to work, but Barry’s worst fears are confirmed when he later confronts DeVoe, who finally reveals his true intentions.

All those previous Big Bads? They’re “nothing compared to the power of limitless knowledge,” DeVoe warns Barry. (He also manages to sneak in an insult: “For such a fast man, you’re rather slow.”) So Team Flash is going to need all hands on deck. Cue Wally West’s return. 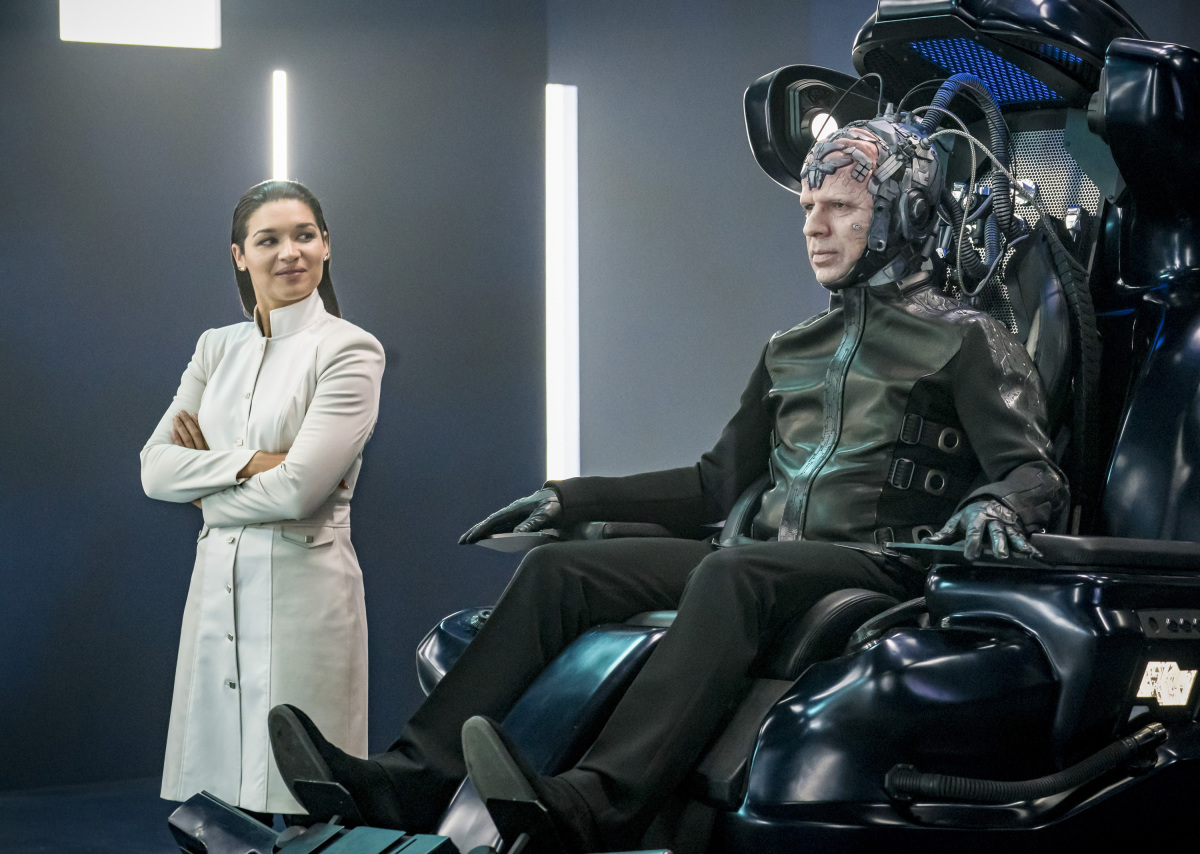 Meanwhile, flashbacks to Central City, circa four years ago, reveal how DeVoe came to be the fastest mind alive. It begins when he asks his wife to build out his design for a cap that will expand the brain to an infinite capacity. But such a device requires a great power source. Luckily, Harrison Wells — who recognizes DeVoe’s name and the work that he will do in the future — is about to turn on his particle accelerator. After being knocked out by the explosion, a cap-wearing DeVoe wakes up “enlightened” — but his body is another story. His mind is drawing energy from his body, causing it to rapidly deteriorate. The solution to that problem is revealed in the present when DeVoe’s wife removes his scalp (ew!) and plugs him back into his fancy Thinker chair to recharge.

Flash fans, what did you think of The Thinker’s backstory? And are you glad Wally is back?