THE PERFORMANCE | Crazy Ex-Girlfriend is considered a comedy — and it is damn funny — but that really only scratches the surface of the full range of complex emotions Bloom goes through each week playing the “adorably obsessed” Rebecca Bunch. And that range was on full display this week, as we learned exactly how “crazy” Rebecca actually is.

As the episode opened, Rebecca was still recuperating from last week’s suicide attempt, and massive regret and shame was written all over Bloom’s face as Rebecca weakly confessed to Paula: “I just wanted the pain to stop.” When her new doctor told her that her mental health problems had been misdiagnosed, though, Rebecca experienced a surge of newfound hope, singing about it in the upbeat tune “Diagnosis.” It was peppy and infectious, but also powerfully poignant, as Bloom unearthed the dormant optimism that Rebecca had buried under years of disappointment and let it shine. (We’ll admit it: We got a little choked up here.)

Rebecca’s new doctor told her he thinks she has borderline personality disorder (BPD), and Bloom was hilariously frantic as Rebecca snapped back into pessimistic mode, compulsively reading horror stories about the disorder online. When her old therapist went through a checklist of BPD symptoms with her, though, Rebecca slowly realized they fit her to a T, and Bloom was heartbreakingly vulnerable as Rebecca admitted to her friends that she can’t promise she’ll never go off the rails again. It was yet another crazy good chapter in a remarkable performance that’s positively singing out for Emmy attention.

HONORABLE MENTION | It doesn’t get a whole lot rawer or more heart-rending than the work that Khary Payton did in The Walking Dead’s “Some Guy.” We’ve known since shortly after meeting King Ezekiel that he has no delusions of grandeur, that his regal posturing is but a tactic to inspire and comfort his loyal subjects. However, in this singularly harrowing hour, in which he lost not only his soldiers but his beloved tiger Shiva, the weight of his metaphorical crown became too heavy to bear. In scene after scene, Payton let play across his face Ezekiel’s horror at being not merely a fraud but a fraud who’d been the death of those who’d believed the lie. When finally His Majesty snapped at devoted sidekick Jerry, breaking down and nearly sobbing, “I ain’t no king, I ain’t nothin’,” the despair in his portrayer’s eyes offered a grim preview of the shell of the man who’d later return to the Kingdom. 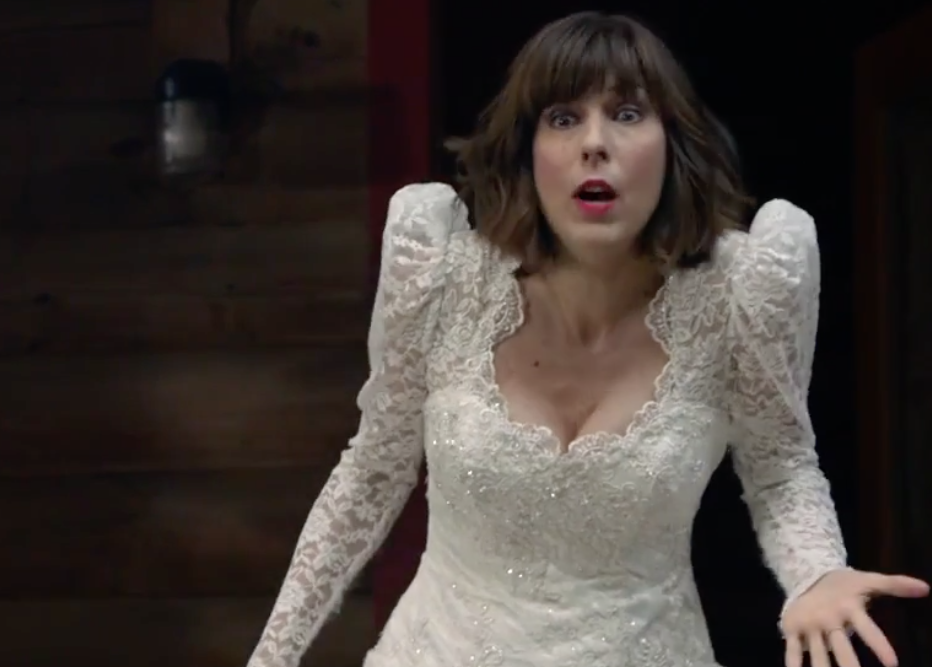 HONORABLE MENTION | The escalating war between Gamby and Russell served as the centerpiece of Vice Principals‘ second and final season, but for our money, the real star of the last nine episodes was the hilariously unhinged Jen Abbott, played with fearless abandon by Edi Patterson. And the comedic powerhouse saved the best for Sunday’s series climax, as Gamby’s crush-turned-stalker completed her metamorphosis into a gun-toting, fire-breathing psychopath. Yes, it was achingly funny watching Ms. Abbott go full-on cray-cray, weaponizing everything from her saliva to a caged tiger during her scorched-earth campaign. But it was also kind of sad, and that’s because Patterson constantly reminded us — be it through a subtle facial contortion, inflection of her voice or just her remarkably expressive eyes — that Abbott’s meltdown was brought on by profound heartbreak. “You hurt me, Gamby,” she cried out after nonchalantly shooting Russell in the head, her voice riddled with despair. “And when people hurt me, I get really, really sad.” Good grief, Patterson was a revelation. 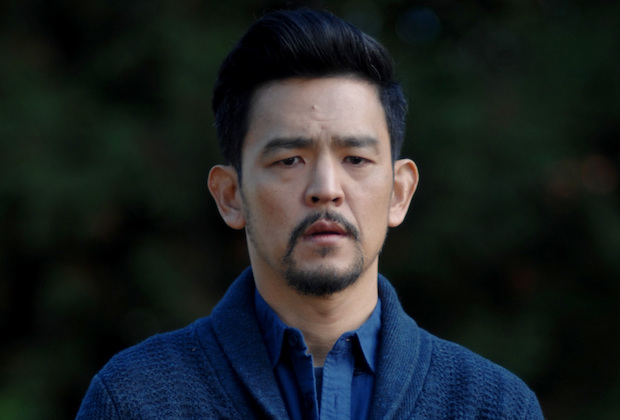 HONORABLE MENTION | We’re obsessed with John Cho‘s performance in Friday’s The Exorcist, for the simple reason that in just one episode, he conveyed just about every emotion in the human spectrum. As the hour delved into Andy’s memories, Cho brought a joyful lightness to happier times with wife Nikki and a still, grieving heartbreak to the aftermath of her death. But his most adroit work within the episode came when the demon began warping Andy’s mental snapshots for its own purposes. Cho’s frustrated portrayal of his character’s confusion was so-good-it-hurt; his relief when Andy finally gave himself over to the delusion was palpable. Bonus points for the physicality Cho employed as the demon tortured and teased Andy: Saints, pray for us — that looked like it hurt.

[Editor’s note: POTW rules state that a performer can only be recognized once in a given season, hence the absence of This Is Us‘ Justin Hartley, who was just honored in October.]