THE PERFORMANCE | Playing an immortal demon doesn’t really lend itself to a ton of emotional range. But the equally immortal Danson found a way to add a few layers of depth to The Good Place‘s afterlife architect Michael this week, via a crushing existential crisis.

Danson’s performance split in two very different halves: First, during an ethics lesson with Chidi, Michael began to comprehend the meaninglessness of existence and fell into a deep “existential coma,” with Danson hilariously letting out an agonized wail and collapsing into Chidi’s lap. (“We’re all just corpses who haven’t yet begun to decay,” he later muttered.) But then Michael shoved his feelings aside and shifted into a more traditional midlife crisis, buying a sports car, getting an earring and bathing himself in Drakkar Noir. Danson bounced around with a newfound vigor as Michael found his inner party animal, proudly showing off his new tattoo of Chinese characters: “It’s Chinese for ‘Japan.'”

Danson’s been so great on TV for so long that it’s tempting to take him for granted, but a performance like this week’s — wildly goofy and emotionally resonant, all at the same time — reminds us that if Ted Danson is on TV every week, this world can’t be a totally bad place after all. 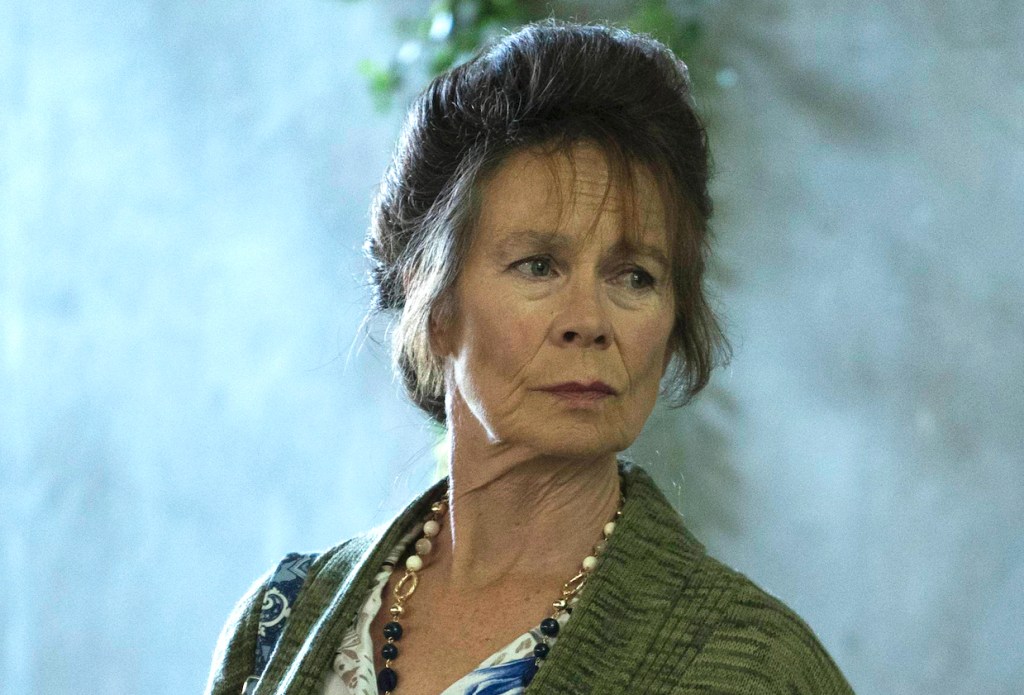 HONORABLE MENTION | Celia Imrie has always been a delight as Sam’s eccentric British mom Phil on FX’s Better Things, and this week, she got an episode all to herself, as we got to see Phil’s life apart from her daughter. Imrie was caustically funny as Phil complained to her friends about Sam and her daughters over a game of cards — and even did a decent Pamela Adlon impression! — and she was positively heartbreaking as Phil got hopelessly lost searching for her car, deliberately stepping into a hole and shattering her leg as a cry for help. Learning more about Phil just made us love her more; it was a well-earned showcase for one of TV’s most memorable supporting characters. 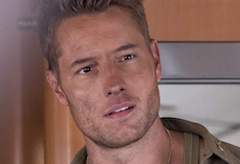 HONORABLE MENTION | This Is Us‘ Justin Hartley delivered a knockout performance this week, and — what a coincidence! — he has Rocky Balboa to (partly) thank. In Tuesday’s episode, guest star Sylvester Stallone unwittingly shook some of co-star Kevin’s daddy issues loose and Hartley came out swinging with a performance that was alternately explosive (angrily, impulsively calling sister Kate “damaged” during a denial-fueled tantrum) and restrained (later apologizing to her, while tearfully confessing, “It’s really hard for me with Dad.”) It was during the latter mea culpa scene that Hartley really flexed his underrated acting chops, quietly, seamlessly shifting gears from deep regret for tearing down the sister he loves to profound sadness stemming from the decades-old loss of his dad. To invoke yet another boxing metaphor, Hartley left us floored. 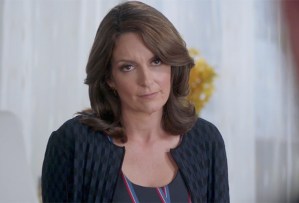 HONORABLE MENTION | We never doubted that executive producer Tina Fey would fit perfectly into the Muppet-esque Great News universe, but we also couldn’t have predicted just how hard we’d fall for her character, the eccentric, never-not-kegeling boss lady known to us mortals as Diana St. Tropez. And Thursday’s episode, the third installment in Diana’s three-part arc, was easily her most unforgettable. Fey rolled with every ludicrous punch (that deadpan delivery of “I do have Mufasa technology, but it’s very expensive” was truly inspired) and managed to flip the script on a controversial issue like sexual harassment using — wait for it — humor. It was a tricky line to walk, of course, but she nailed it. And should we have expected anything less from one of the nation’s preeminent sheetcakers?