Friendly warning: This article mentions the winner of Project Runway Season 16. If you haven’t watched the finale yet, turn back now! 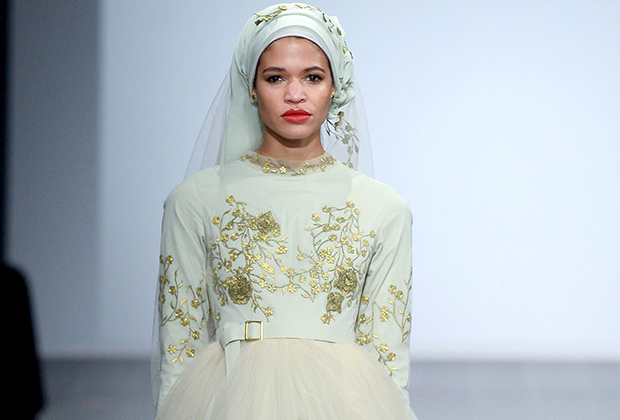 Kentaro Kameyama is giving “brother” Brandon Kee a run for his money as the most laid-back contestant of Project Runway‘s 16th season.

Speaking with TVLine just hours after being crowned this season’s winner, the designer said he was fully prepared to not emerge victorious — and he would have been fine with that outcome.

“I wasn’t sure if the judges were going to understand my art and my point of view, so I was OK not winning and I would have understood if they didn’t pick me,” he says. “I’m happy, and I liked my collection the best because I did what I wanted to do, but anyone could have won, I think.”

Now for what you all came here to find out: Did Kentaro really bury a dead cat he found on the side of the road, as he told Tim Gunn during his hometown visit? (You can watch the video below for a refresher on all that.)

Kentaro getting inspired by a dead cat he found on last night’s #ProjectRunway was among the weirdest things I’ve ever seen on television. pic.twitter.com/PLPPz6TdDZ

–
“I really did it,” he confirms. “I treat animals the way I want to be treated. Animals have character and personality. I don’t look down on them. Sometimes human beings think dogs and cats are below us, but I treat animals with respect. It know it sounds weird. I don’t want to die on the side of the street, but if I did, I’d want someone to take my body [and bury it]. I wanted the cat have a proper funeral-ish, so I did it. Some people think I’m creepy or scary, but my mom was an animal lover. She rescued a lot of animals from shelters, so I’ve had a lot of animals in my house. I know what to do with dead animals. I feel sad and I treat them the way they should be. It’s a normal process for me.”

(For the record, including even a portion of that explanation during the episode would have made his story seem way less crazy.)

As for the Season 16 reunion, airing Thursday, Nov. 30 (9/8c), Kentaro says he pretty much stayed out of the drama, which includes “people fighting over the twins and cheating and things like that.” In fact, he says he was just happy to see everybody after spending some time apart.

“We became friends really quickly,” he says of his fellow designers. “It was kind of a weird feeling. Everyone was a different designer, but we all had the same dream, so I love that kind of crowd. When I was a classical pianist, I loved summer camp. Everyone was different, but we all wanted to be good musicians.”

(Disclaimer: I was so charmed by Kentaro that I completely forgot to ask him how his dad is faring after that post-show tumble on the runway. Rookie Mistake.)

Your thoughts on Kentaro’s victory and/or his explanation behind the impromptu cat burial? Drop ’em in a comment below.