THE PERFORMANCE | All season, Peters has amazed and appalled with his portrayal of Kai Anderson, the visceral embodiment of “the passion of the angry white man,” as a friend of sister Winter’s called it (shortly before he struck her). But in this past week’s episode, the AHS vet so completely exploded the rage, paranoia, misogyny and madness that he’d congealed into his blue-haired Trump stand-in that the only word to describe his performance is… crazy.

In some scenes, Peters played Kai like a downed electrical wire, dangerous and jumpy, as he grew ever more certain that the Feds, while disinterested in protecting his first-amendment right to stoke fear, were keenly interested in getting the goods on his band of testosterone-fueled murderers. In others, the actor shone a spotlight on the car-wreck charisma that had made his character a magnet for so many violent lost boys. He even had occasion to remind us that Kai was no mere bulls—ter, he was a bonafide bulls— artist, one who could convince a disciple that allowing himself to be slaughtered wouldn’t end their relationship but cement it.

However, Peters’ pièce de résistance didn’t come until the end of the hour, after Kai had turned Charles Manson into his own personal Greek chorus and infuriated Bebe by revealing that what her would-be pawn really thought was that “women need to be grabbed by their p—ies and led, preferably to the kitchen to make [him] a sandwich.” When Kai dissolved into sobs after throttling to death suspected turncoat Winter, Peters made us choke on the incongruity of a serial killer who was so consumed by hatred… loving so profoundly. Told ya — it was crazy. 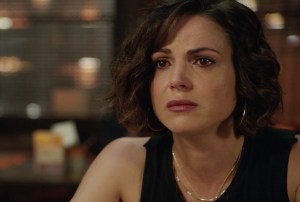 HONORABLE MENTION | Once Upon a Time‘s Regina experienced a rude awakening this week, and Lana Parrilla‘s near-wordless performance had us feeling every soul-crushing moment. As Ivy/Drizella gloated about the extra-dark curse she had cast, Parrilla, with subtle shifts of expression and disposition, communicated Regina’s emergence. But no sooner had Regina awoken than Drizella drove the dagger deeper, reminding of the grave stakes were any hero to break this curse. In that moment, Parrilla’s spontaneous tears and sloped shoulders had us dreading the twist to come. (What makes an Evil Queen quake?!) Capping the performance was a pair of warmer scenes, in which flashback Regina opened up to Henry about her “need” to have him in her life, followed by a bittersweet Hyperion Heights “reunion” with her son, where she had to keep her lips zipped while marveling at the man he has become. 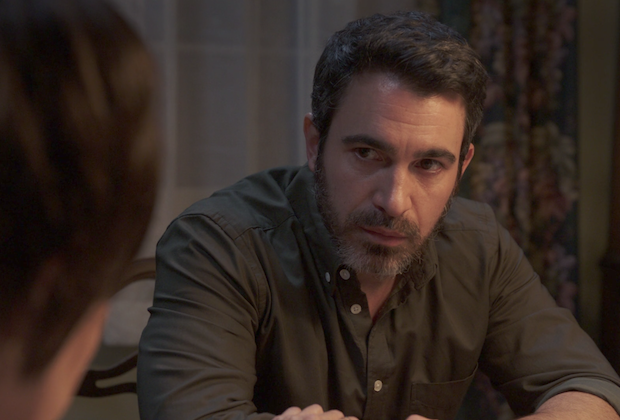 HONORABLE MENTION | In a way, it’s good that The Mindy Project is ending. Because if Chris Messina were to leave the Hulu rom-com again after turning in performances like the one he gave in this week’s episode, we don’t think we’d be able to stand it. Ever since Danny’s re-entry into the storyline this season, Messina has done a great job of reminding us why we fell in love with the idea of Drs. L and C falling in love. But the actor’s work opposite on-screen mom Rhea Perlman has always been among his strongest, and that was especially true of the scene in which Danny finally admitted that he was angry (and scared) about Annette’s cancer. Messina tamped down Danny’s manic energy, so often played for laughs, allowing room for Diamond Dan to brokenly admit he couldn’t imagine life without his mom by his side. The admission was fleeting, but it was powerful, and Messina absolutely nailed it. 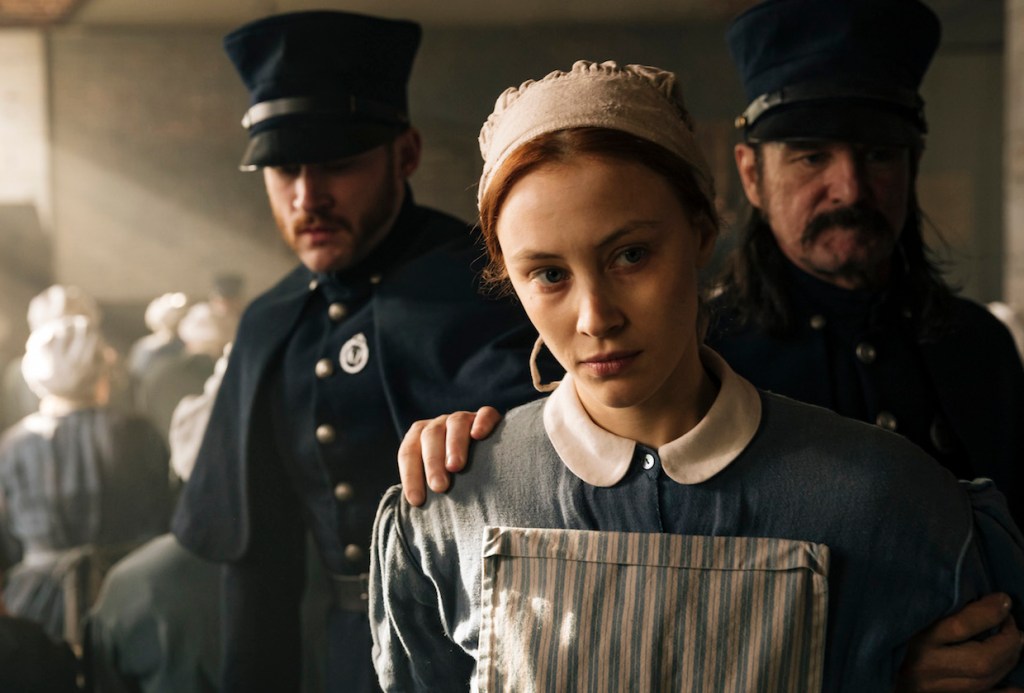 HONORABLE MENTION | Throughout Netflix’s sumptuously shot murder-mystery Alias Grace, Sarah Gadon‘s Irish immigrant maid Grace Marks is an enigma: Did she really murder two people? Can we even believe a word she says? Gadon is mesmerizing as the imprisoned Grace unspools her hard-luck story, but she took her performance to stunning new heights in the sixth and final episode, with Grace undergoing hypnosis to tap into her unconscious memories of the crime. Gadon dropped the Irish accent and became truly menacing, with Grace channeling the spirit of her dead friend Mary Whitney and shocking onlookers with her vicious candor, punctuated by creepy giggles. It’s a riveting, and bone-chilling, piece of acting that proves even the meekest among us have a demon lurking somewhere inside.