Following her near elimination last week, Margarita was determined to rebound on Thursday’s Project Runway — only to immediately find herself back in the danger zone. 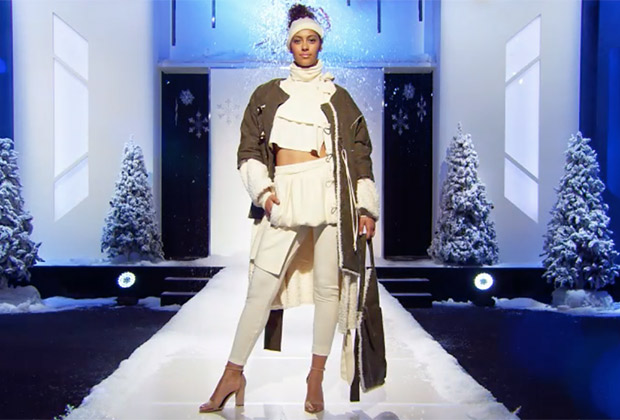 The contestants’ final challenge, which would determine the designers showing at New York Fashion Week, was to create a high-fashion look for a woman braving the cold. And unlike Brandon, who apparently grew up in Utah and thrives in such weather, Margarita’s island upbringing left her feeling considerably less prepared. What happened next did nothing to calm her nerves.

After ringing up some of the finest rabbit pelts Mood had to offer, Margarita was informed (rather dramatically) by Tim Gunn that Project Runway is a “fur-free show,” and that she wouldn’t be permitted to use any it in her design. Fortunately, Gunn — who already displayed his affection for Margarita when he saved her last week — gave her five additional minutes to scrounge up a synthetic alternative, which she used to make this all-“fur” dress for Queen Liris: 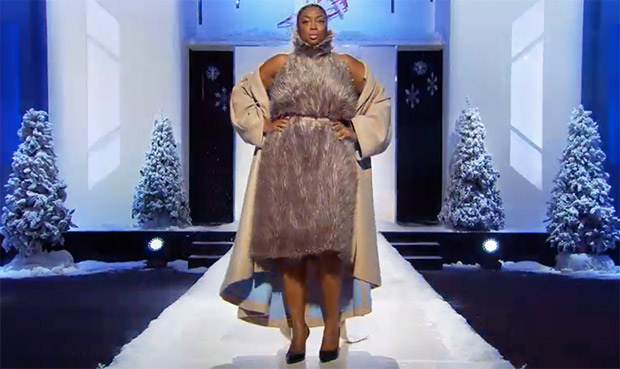 And her gamble paid off, as she got to leave the runway second to last, behind Brandon, Kentaro and Ayana. But what of poor Kenya, you ask? The show made us wait for it — there was some time-jumping of This Is Us proportions involved — but it was eventually revealed that she also made it through.

That’s right, folks, no one was eliminated. All five of Season 16’s remaining designers are heading for Fashion Week.

But who will you root for in the finale? Browse all of this week’s looks — you can click here for direct access to our gallery — then drop a comment with your pick(s) below.