Question: Will we see Mulder and Scully’s son William in Season 11 of The X-Files? And, if so, is he more like Mulder or Scully? —Ricarda
Ausiello: Yes, we will see him. David Duchovny and Gillian Anderson were cagey about their demon-ish spawn’s identity when I grilled them on stage at New York Comic-Con earlier this month, but the pair were slightly more forthcoming after the panel. Anderson told me the actor (whose name has yet to be announced) “looks like a normal kid” and Duchovny offered this cryptic tease when I asked him which of his parents William most resembles: “He resembles two people that aren’t Mulder and Scully. And when you read this back [after watching the episodes] you’ll figure this out.” Hmmm… 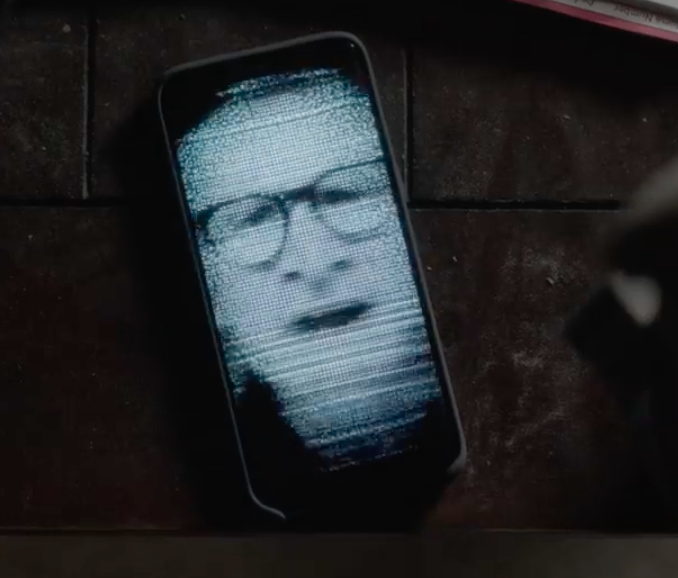 Question: Should we assume, based on the new X-Files trailer, that Langly is in fact alive? —George
Ausiello:  You should not. “It’s Langly… but it may not be Langly,” series creator Chris Carter hedges. “We’re not sure how he has manifested. We’re playing with that in a new and different way than we did with [The Lone Gunmen’s] return last season.”

Question: Quantico scoop, please and thank you. —Tanya
Ausiello: If you enjoy the show as an escape from our everyday woes, Tanya, you might wanna rethink that: Quantico is adding a series regular who isn’t actually a white supremacist… but who has worked undercover for nearly two years to infiltrate a white supremacist faction in the south. Mike McQuigg is described as cocky and capable, a “dirty-hot scoundrel with cinderblock fists” (and a good heart underneath it all). He’s called into the action with Alex & Co. because of his expertise with the hatemongering group.

Question: Please tell me Lena is going to find out Kara is Supergirl. She’s the only one who doesn’t know at this point! –Charlie
Ausiello: Sorry, Charlie, but it sounds like Lena is staying in the dark — and that’s just the way actress Katie McGrath wants it. “I think it’s important for Kara to have someone she doesn’t have to be Supergirl with,” McGrath says. “If Lena knew the truth, she’d always be Supergirl. And she needs to be Kara. That’s what this whole season is about, her struggling with her humanity. She has to be solely that person for somebody, and if that person has to be me, it makes me feel special.”

Question: Got any UnREAL news? —Frederica
Ausiello: The show is looking for someone to play Rodrigo, a self-assured professional soccer player with a panties-dropping accent and a flair for showing off for the cameras. He’s been around the Everlasting set before, and I’m fairly certain he has some kind of history with Rachel. But here’s the (soccer pun intended) kicker: Rodrigo is scheduled to show up in Season 4 — remember, the the Lifetime drama hasn’t even returned for Season 3 yet — and the hunk’s casting seems to indicate that there’s been a time jump and/or huge life change for Rachel somewhere between now and then. So while we all know Shiri Appleby’s character as a big mess, there are hints that by Season 4 she’s at least had an outer makeover… if not an inner one. 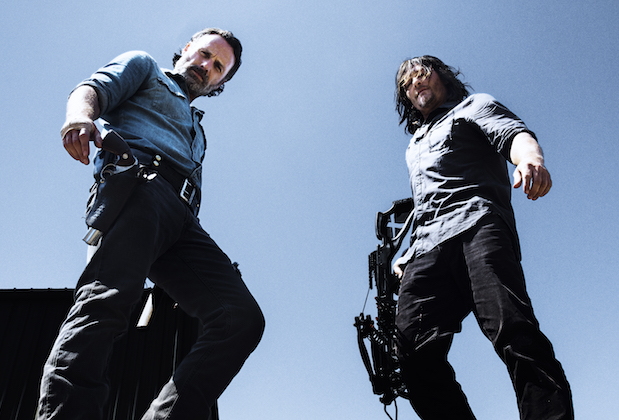 Question: Walking Dead scoop, please. —Mark
Ausiello: As the Saviors vs. Everybody Else war gets underway in Sunday’s Season 8 premiere (9/8c, AMC), someone is going to reveal a loathsome streak so wide that, I bet you anything, they’re going to steal from Negan the title of Most Hated Character on the Show. And whether you’re ‘shipping Carol and Daryl or Carol and Ezekiel, “Mercy” gives you “a moment.”

Question: Any chance we’ll get a new Glenn flashback on The Walking Dead this season? Maybe when Maggie has the baby? —Heather
Ausiello: First things first, Heather: Who says Maggie’s going to have the baby during Season 8? As showrunner Scott Gimple recently told me, “In the [comic] books, she didn’t give birth during this storyline.” (Then again, in the comic books, we didn’t meet Glenn and Maggie’s son, named Hershel for her late father, until he was about 2 years old!) However, that doesn’t mean that Steven Yeun won’t pull a Michael Cudlitz and resurrect his ill-fated character for a heretofore-unseen flashback or vision. It doesn’t mean that he will, either, Gimple hastened to add. “I can only say there’s a chance.”

Question: Based on what the Once Upon a Time creators said about not ruining happy endings, might it be possible for Emilie de Ravin to appear later on in Season 6? —Betsy
Ausiello: There are no plans to have Belle’s portrayer back following her Friday, Oct. 27 encore, “but that’s not to say that we won’t,” says Eddy Kitsis, noting: “We’re only halfway through [writing] the season.” Instead, find solace in the fact that Episode 4, titled “Beauty,” is being buzzed about as one of the fantasy drama’s very best hours, detailing as it does what happened to Rumple, Belle and their son after getting their happy ending in the May finale. But, how does Giles Matthey figure into it, as grown Gideon? “We don’t want to give away what’s happening in the plot,” says co-creator Adam Horowitz, “but you’ll get a deep dive into the Rumbelle life and what they’re doing with their child.”

Question: In past Arrow seasons, flashbacks for Diggle have been centered on his time in Afghanistan. Will we get to see flashbacks for him of a more personal nature in Season 6? –Trish
Ausiello: With Oliver’s island odyssey now fully chronicled, “We are going to do character-centered flashbacks,” co-showrunner Marc Guggenheim reports, “and we’re very cognizant of the fact that we’ve never done a non-military flashback for Diggle. It’s something we talk about a lot but we have to marry it to the right story,” and such an opportunity has not yet come along. In the meantime, the EP promises “some really cool Slade Wilson flashbacks that I’m really excited about.” 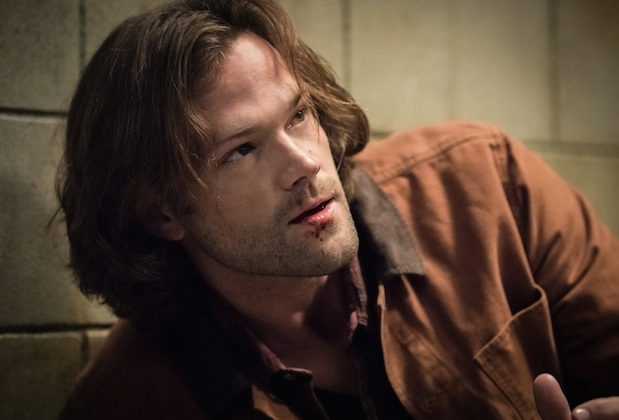 Question: Is there anything for Sam fans to be excited for on Supernatural this season? —Maria
Ausiello: EP Brad Buckner says Sam has “some really charming scenes” with Lucifer’s son Jack, who is struggling to gain “full control” of his powers. “Right now, [Jack] is at the mercy of impulse. He senses something or feels something and, wham, a power that he didn’t even know he had emerges. … He’s actually more powerful than Lucifer, and all that stuff is bottled up. He just doesn’t know how to access it on a conscious level.” Enter Sam, who Buckner says is “trying to deal with this kid as a kind of son and give him lessons and slowly give him little exercises to try to control this stuff.”

Question: Now that Chicago Fire‘s Lt. Casey has been promoted to Captain, what does this mean for my beloved Truck 81 team? —Wendy
Ausiello: Casey’s new title won’t just impact his relationship with Dawson. “What makes that [promotion] even more interesting is Casey [will be] outranking Severide for the first time in the show,” showrunner Derek Haas notes, “and what that’ll mean going forward is something we’re going to play out over the course of Season 6.”

Question: Any hints about how Harry Wells will rejoin Team Flash? —Miss Ellys
Ausiello: Harry shows up on our Earth this coming Tuesday bearing some bad news. And despite getting a very chilly welcome as a result, he thrusts himself into Team Flash’s latest case, eventually helping uncover a (literally) big clue in the brand-new metahumans mystery.

This AAnd That…
♦ Lucifer is giving Ella (Aimee Garcia) an older bro later this season. His name is Jay and he’s an upstanding fella who may also be a murderer or… maybe he’s being framed? Who can say.
♦ Speaking of older brothers, Designated Survivor in early 2018 will introduce Tom’s (Kiefer Sutherland) elder sibling, who “is the opposite of his estranged brother in temperament and life choices.” 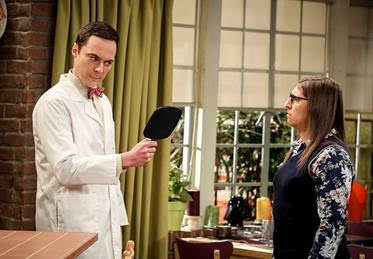 ♦ The Nov. 2 Big Bang Theory finds Sheldon auditioning to be the new Professor Proton and we have your first look at Jim Parsons channeling his inner Bob Newhart. (BTW, the original PP — played by BN —will make another ghostly appearance in the episode as well).
♦ Speechless is going to a galaxy far, far away in December when the DiMeos venture to their local multiplex to take in Star Wars: The Last Jedi. It’s hardly a spoiler to tell you that the outing quickly devolves into a Jar Jar Binks-level catastrophe.
♦ I hear New Girl‘s final season premiere will feature a *r**n**c* surprise.