After watching this first full trailer for Showtime’s SMILF, we kind of can’t blame Connie Britton’s Ally for wanting to be BFFs with Frankie Shaw’s Bridgette: From the looks of tthings, Bridgette is a rather awesome hot mess.

The roughly two-minute spot, released Thursday, introduces single mother Bridgette, a young single mom in South Boston whose work includes tutoring kids (and getting high with some of them?). Nashville alum Britton recurs as the mother of one of those children, and part of the trailer involves Ally decreeing to Bridgette, “You’re my best friend… y’know, for a tutor.”

We also meet Bridgette’s mom, played by Rosie O’Donnell, as well as Bridgette’s baby daddy Rafi (The Strain‘s Miguel Gomez), who encourages her to go out and meet guys while he watches their son, Larry. (If the trailer is any indication, Bridgette’s got to give her dating skills a quick polish before she puts them back to use for real.)

Shaw writes, directs, produces and stars in the new comedy, which is based on her Sundance Film Festival Jury Award-winning short of the same name.

Press PLAY on the video above to watch Bridgette in action, scroll down to see the series’ official poster (click on the image to see larger), then hit the comments: Is SMILF a show you’d like to watch? 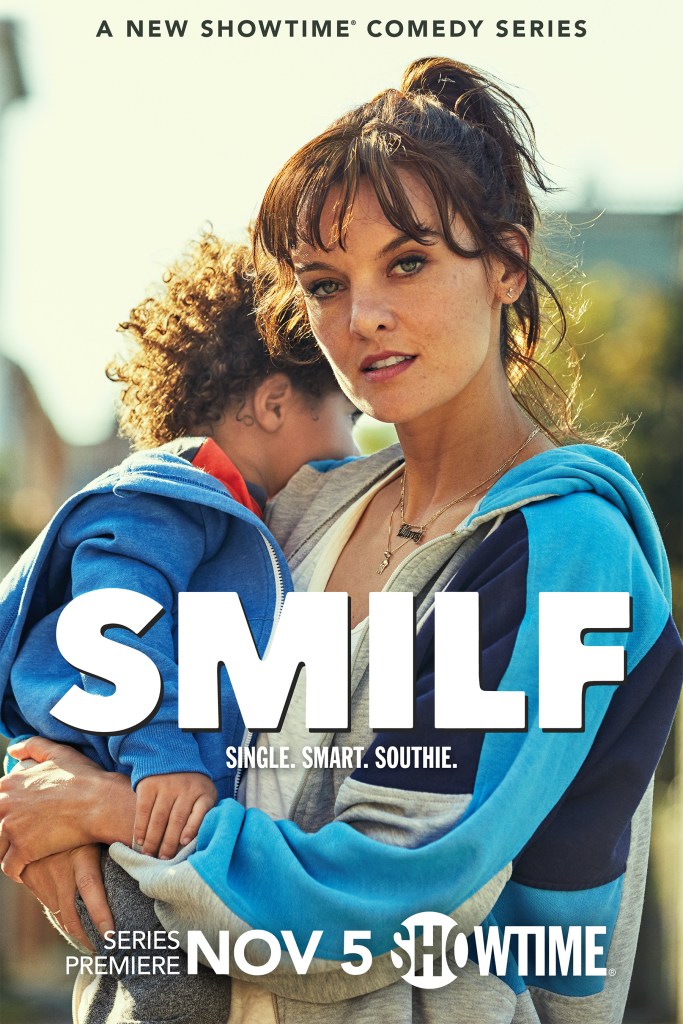