Nearly three decades after the original Dynasty ended its nine-season run on ABC, the gates to Carrington Manor have been reopened by The CW — and things look a little different than you might remember. 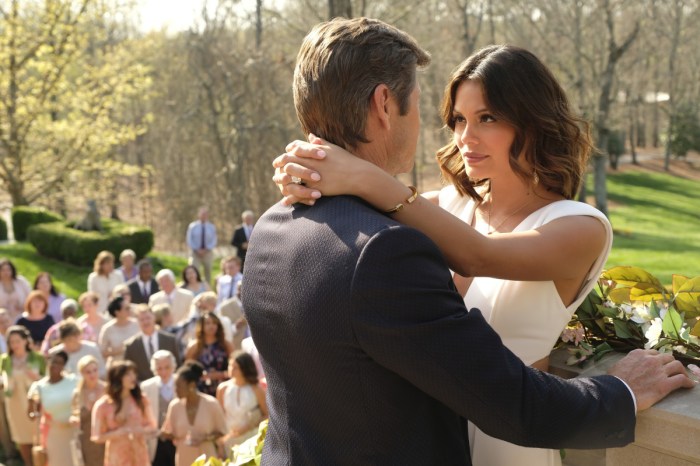 Fallon is certain that her homecoming will result in the promotion she’s been eyeing, but when she discovers that her father has passed her over, she immediately gets in bed — so to speak — with his biggest rival, an entrepreneur by the oh-so-familiar name of Jeff Colby (Switched at Birth‘s Sam Adegoke).

But that’s pretty much where the direct similarities end. In The CW’s diversified retelling of the original story, Blake’s fiancée “Krystle” is now Cristal Flores (The Vampire Diaries‘ Nathalie Kelley), who finds herself promoted to COO of Carrington Atlantic on the day of her impromptu wedding to Blake. And Sammy Jo, played in the original series by Heather Locklear, has been transformed into a gay man (Empire‘s Rafael de la Fuente) who immediately hits it off with Steven. 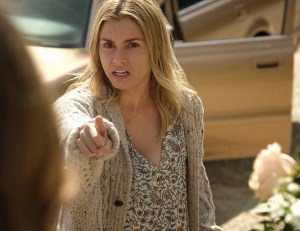 And what would Dynasty be without a sordid affair or two? We learn in the premiere that Cristal hasn’t exactly ended things with her boyfriend Matthew (Revenge‘s Nick Wechsler), who’s still married to a mentally deteriorating woman named Claudia (Devious Maids‘ Brianna Brown). Fortunately for Blake, Matthew doesn’t turn out to be a problem for long; shortly after his unfinished relationship with Cristal is revealed, Matthew is killed on a Carrington Atlantic job site — and Claudia makes sure to let Blake know that she holds him responsible.

As for Blake’s ex-wife Alexis, originally played by Joan Collins, she’s mentioned only in passing during the series premiere. “I don’t know anything about Alexis,” Cristal tells Steven after walking down the aisle. “Your father never talks about her.” (For what it’s worth, executive producer Sallie Patrick assures TVLine that a plan is in place for Alexis’ arrival, saying, “We thought it’d be fun to build up that wonderful, delicious character before her grand entrance.”

Your thoughts on The CW’s Dynasty? Grade the premiere below, then drop a comment with your full review.