THE SHOW | The Mayor

THE PERFORMANCE | Let’s be real: As terrific as The Mayor‘s ensemble cast is, ABC’s freshman comedy was always going to live or die based on the strength of — duh — its mayor. Luckily, Hall is hella strong.

From the get-go, the Search Party vet had us eating out of the palm of his hand, as wannabe rap star Courtney Rose went from goofily flirting with his kicks to gossiping with his mom (Yvette Nicole Brown, sublime as ever) to admitting that he was only running for office in hopes of raising his profile and jump-starting his hip-hop career. Or, as he put it when asked point blank why he’d put himself on the ballot, “Why does anyone in my generation do anything? Attention.”

With charisma to burn, courtesy of his portrayer, Courtney was obviously destined to get a lot of that. And, after he let loose not only his wit — whipping out his cell during a debate to literally call bulls— on an opponent — but also the righteous anger that often fueled his raps, he surprised no one more than himself by accidentally winning the election.

Throughout the episode, Hall made it clear that he knows his way around a punch line; he’s able to stretch and twist zingers like they were bubblegum. And he imbued Courtney with an underlying sweetness that’s as hard to resist as it is to miss. But it’s the skill with which he handled Courtney’s more serious, introspective moments — for instance, when his mom made him realize both the gravity and the potential of his new role — that clinched him our vote for Performer of the Week. 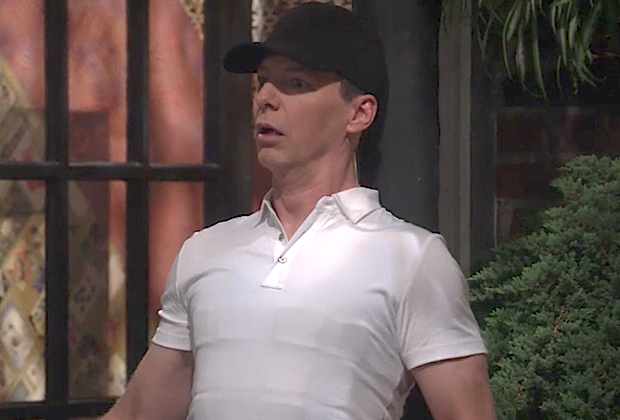 HONORABLE MENTION | Upon being smacked with the horrifying realization that he had gone from twink to daddy, Will & Grace’s Jack tossed out the window the notion of aging gracefully and let Karen arm him for his next night out at the Cockpit with a full-body compression garment and magnets to pull back his jowls. What resulted was a display of physical-comedy genius that’s all but guaranteed to earn Sean Hayes another Emmy nod (if not another win). Whether Jack was awkwardly shuffling into the bar, hastily arranging a pillow so as to “casually” fall onto a couch, tipping over while attempting to “introseduce” himself to a hottie or, heaven help him, putting the magnets in his pockets, his portrayer left us, in the parlance of the young bucks he was chasing, ROFL. 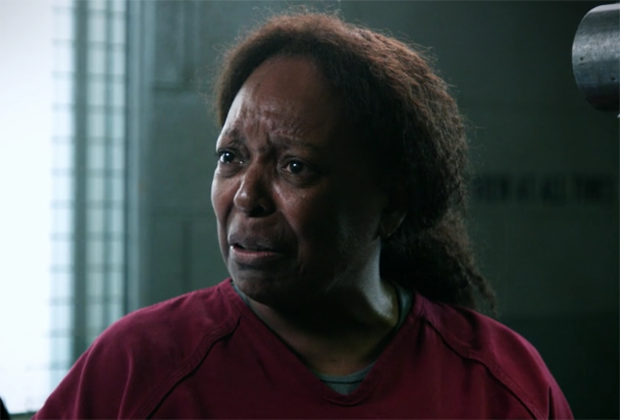 HONORABLE MENTION | How to Get Away With Murder‘s latest episode brought utter chaos into the lives of its central characters. But thanks to guest star L. Scott Caldwell‘s magnetic performance, we were most emotionally invested in Jasmine, Annalise’s former cellmate-turned-client. Though Caldwell did a wonderful job with her character’s wry humor and I’m-so-over-this demeanor, it was her stunning monologue — in which Jasmine detailed for Annalise the horrific childhood that led her to a life in prison — that moved us the most. Annalise succeeded in getting her client released from jail, but Caldwell’s powerful performance has us hoping we haven’t seen the last of Jasmine. 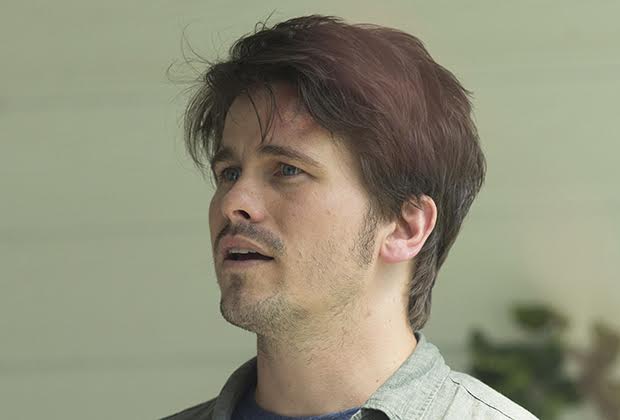 HONORABLE MENTION | Kevin Finn, the protagonist of ABC’s Kevin (Probably) Saves the World, plainly admitted in Tuesday’s series premiere that he’s not a good person — and that makes star Jason Ritter‘s job a lot harder. As the titular righteous soul, Ritter has to be selfish yet charming, skeptical yet earnest, snarky but sincere. And in the debut hour, Ritter nailed that tricky balance. In one scene, he hilariously tried, and failed, to explain his newfound hero status to his sister; minutes later, he was moving us to tears with a heartfelt airport monologue. Kevin will (probably) save the world; Ritter will (definitely) be a joy to watch each week.