Chicago P.D.‘s Burgess has a mysterious new fella in her life, but her ex continues to have a hold on her heart.

“I think Burgess still has feelings for Ruzek,” star Marina Squerciati tells TVLine. But while the emotions are there, “I just don’t think that it’s a good time for them, and she has to move on.”

That also means prioritizing her work, so in Wednesday’s episode (NBC, 10/9c), the Intelligence rookie puts all her focus on defending a Muslim patrol officer (guest star Ben Youcef) whom she trained. When the cop goes missing after a terrorist attack, he quickly becomes a suspect in the unit’s investigation. Burgess, however, is determined to prove his innocence, even if it means going up against her superiors. 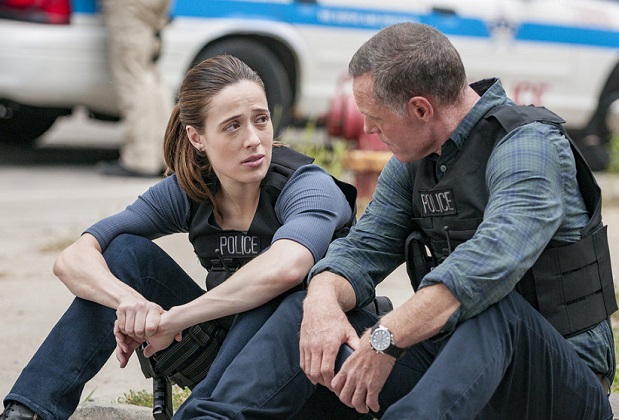 “There’s a scene in this episode where I actually yell at Voight and challenge him,” Squerciati describes. “I get in his face. That was kind of awesome. I didn’t know Burgess had it in her, but she did.”

Below, the actress teases the arrival of Burgess’ boyfriend, and shares how both she and her character are dealing with the departure of Sophia Bush’s Lindsay.

TVLINE | What has it been like coming back to the show, not just from maternity leave, but with the cast changes and a new showrunner at the helm?
It was a little nerve-racking in the beginning. After being off for so long, you’re like, “What do I do with my hands?!” We had this great meeting in the beginning with [executive producer/director] Eriq La Salle and [showrunner] Rick Eid. It was this moment where they sort of brought us together with a really great speech. It felt like they acknowledged the change in the show, and how we were going to take [the show in] a new direction. It made us all feel unified, and I think that was really important, because we’ve been doing it for a while. 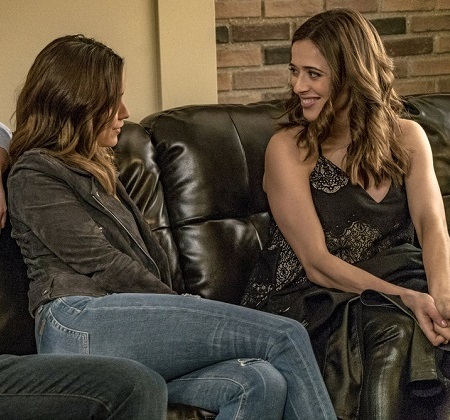 TVLINE | On-screen, Lindsay left without saying goodbye to Voight and Halstead, but she also left behind a friend in Burgess.
I know, right?! They don’t address that at all. [Laughs] Marina and Burgess are both equally sad. Marina got a definite goodbye. But Soph and I are still very close, so it’s not a goodbye. But for Burgess, I feel like she didn’t even have the courtesy to say goodbye. [Laughs]

TVLINE | I was looking back at our past interviews. The first one was about the episode in which Roman gets shot. Then Burgess was on trial, and in the last one, her sister was raped. One of these days, we’re bound to get on the phone about something happy, I hope.
[Laughs] Yeah, not the next episode. This episode, she’s like the person screaming in the wind, and no one is listening to her. It’s so interesting that she’s the newest member of Intelligence, and yet she goes against her bosses [and] her friends, and stands up for what she believes in, which is an incredibly brave thing to do [for] anyone, especially a female in a male-dominated world.

TVLINE | Why is this particular case so important to her?
Her friend happens to be a Muslim man being accused of a terrorist incident. She feels, deep in her bones, that it’s not the case. We’re dealing with that so much in the press right now. Not painting everyone in the same brush is really important. This is a Muslim that she knows. This is a cop, and she really loves this person and knows that he’s innocent. I think that’s a really good thing to show, truthfully.

TVLINE | Does it become an issue of her getting too emotionally invested in her cases? Is that something that is brought up during this season?
For sure. Burgess has been trying to sort of stamp down her big heart a little bit, and she’s doing a much better job. And also, those episodes that you’re referring to have sort of stamped it out of her as well. But we’re painting that emotional quality that connects her to the victims as really important to who Burgess is. It could be her greatest flaw and, at the same time, her greatest strength. 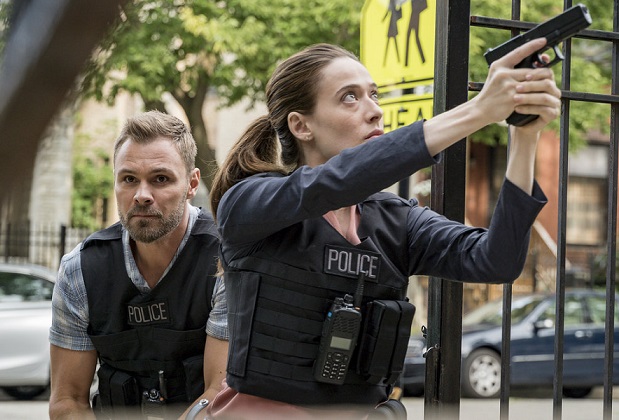 TVLINE | Going back to the season premiere, Ruzek was coming on so strong in the bar that I actually thought that maybe Burgess was making up the new boyfriend just to rebuff Ruzek.
Didn’t you do a quiz, and No. 15 was, “Is Burgess’ boyfriend fake?” Was that you?

TVLINE | That was our TV Questions column.
Yeah! It’s like the kid at camp who had a boyfriend in Canada… No, he’s very much real. I have not met him, but he’s coming up in the next episode we’re about to film. I asked Rick if I could be in on the casting. I was like, “I feel like I should choose him.” They were like, “No, thank you,” and politely declined. I was like, “What about a chemistry read?” and they’re like, “Stay in your lane, Marina.”

TVLINE | How serious is that relationship?
I don’t know, because I haven’t seen the script. I get the sense that it’s getting serious. But we’ll see. Burgess doesn’t have the greatest track record, so who knows?

TVLINE | What do you think she needs to see from Ruzek in order for them to get back together?
I don’t know… an element of dedication and seriousness, probably. But I think she’s moving on, too. I don’t think she’s just waiting for Ruzek to grow up. Right now, this is not their time.