An elite Special Ops team launches a new mission Monday as NBC’s The Brave joins the fray of military dramas (CBS’ SEAL Team, The CW’s Valor) debuting this season. Was the operation successful? We want to know what you thought, but first: a quick recap. 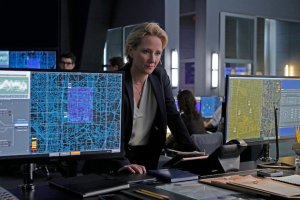 Dalton’s team works in partnership with a group housed at Defense Intelligence Agency headquarters in Washington, D.C. The premiere introduces us to Deputy Director Patricia Campbell (Anne Heche, Hung), who has recently lost her adult son but who tamps down her grief in order to continue serving her country. Campbell’s employees include mission coordinator Hannah Archer (Sofia Pernas, Jane the Virgin) and cultural specialist Noah Morgenthau (Tate Ellington, Quantico); the trio spend a lot of time in the first episode sitting in front of computer consoles and talking into headsets as they back up Dalton and his gang in the field.

The series-opener’s Mission Of the Week: Rescue an American doctor who’s been kidnapped while on a humanitarian mission in Syria. Dalton’s team moves swiftly, working off intel from HQ to locate the physician, whom we learn has been abducted in order to attend to an ailing terrorist leader in need of treatment. Not surprisingly, the team is successful — thanks in large part to Amir posing as a terrorist himself — so the terrorist threat is neutralized (read: blown to bits) and the doctor is reunited with her husband by the end of the hour.

But then the episode takes a turn: While playing on the beach with some local kids, Dalton’s group is targeted by a suicide bomber looking for revenge. Campbell’s team sees the driver coming long before anyone on the ground does, but by the episode’s last minutes, it’s unclear whether or not the terrorist is successful in his suicidal mission.

Now it’s your turn. What did you think of The Brave‘s premiere? Grade the episode via the poll below, then hit the comments to flesh out your thoughts.