What does TV’s most-watched freshman drama have planned for an encore?

CBS’ Bull, which stars NCIS vet Michael Weatherly and in Season 1 averaged more total viewers than headline-grabbing time slot rival This Is Us, is going to take its assorted characters by the horns under the direction of new showrunner Glenn Gordon Caron.

“It wasn’t like I called CBS and said, ‘I have some things I want to do to a show you have.’ They called me,” the veteran TV producer tells TVLine with a chuckle. “They thought the show was a big success, but if it was really going to go the distance they needed to know more about the folks at TAC (Trial Analysis Corporation), the people who are the bedrock of the series — Bull included.”

Having previously sired such series as Moonlighting and Medium, “One of the things I enjoy doing is exploring characters and bringing more humanity to things,” Caron says. “If you look at Medium (which starred Patricia Arquette), a lot of people will tell you it’s a procedural — and a lot of other people will be startled by that word, because it was really fueled by the characters, even though there was always a mystery to solve.”

During its freshman run, Bull followed a reliable if rote template: Here’s the crime, here’s Dr. Jason Bull’s TAC Team meeting the client, here’s their strategy, and here’s the outcome. And while there’d be the occasional “character moment,” the Case of the Week was always at the fore. 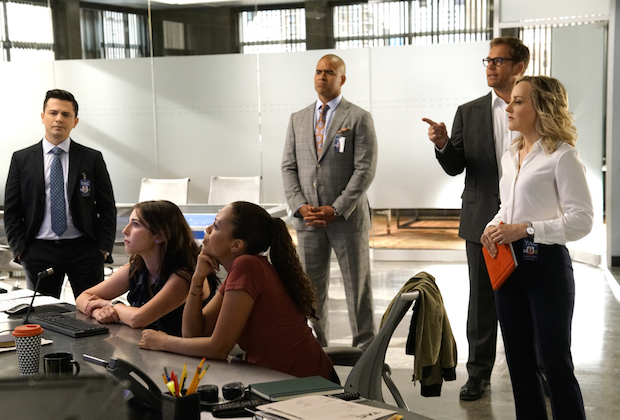 The first episodes of Season 2 (premiering Tuesday at 9/8c), however, signal a shift. Bull’s ongoing frisson with legal eagle Diana Lindsay (The Night Shift‘s Jill Flint) gets heavy play as a scandalous murder thrusts them out of the bedroom and into the courtroom. Benny’s (Freddy Rodriguez) Catholic upbringing surfaces some conflict in an assisted suicide case. Image consultant Chunk (Christopher Jackson) reconsiders his career track, and we discover that Danny (Jaime Lee Kirchner) has a special someone, of sorts, in her life.

Additionally, Marissa (Geneva Carr) “gets involved with someone” (and in doing so “lets her down in ways that surprise everybody”), Caron reports, and “we learn more about where Cable (Annabelle Attanasio) comes from, how she ended up at TAC and her relationship with her family.”

“The hope is that by the end of the year, you know enough about every member of TAC to feel emotionally vested,” says the EP.

The idea of Bull recalibrating itself isn’t new. Midway through Season 1, Weatherly shared with TVLine, “I think we need to just keep whittling away at the concept,” adding: “The key thing to me is that this is a show about human behavior and understanding it as much as you can.” Understandably, Caron says that when CBS first approached him about taking the reins for Season 2, “I said I won’t even continue this discussion until I can sit down with Michael Weatherly and see if he and I are on the same page, and he was fantastic. He’s really the reason that so much of this is working so well. He’s so game, he’s a great collaborator, and he’s genuinely a good person.” 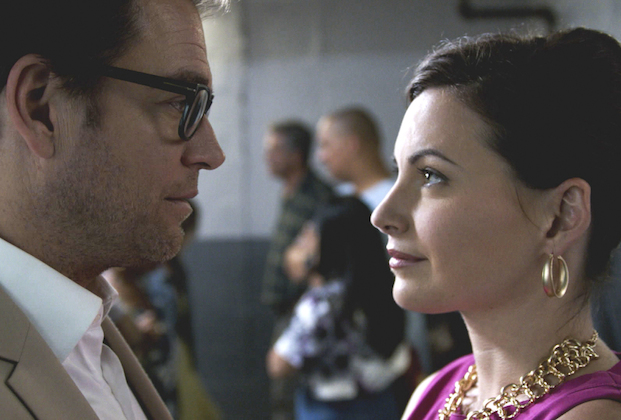 Speaking of Bull himself, the season opener, as teased earlier, has much fun revisiting his dynamic with Diana, with whom he falls back into bed and just as quickly out of favor with as they match wits. That said, the lovely litigator might not be The One for the elite trial consultant.

“Given his character and his personality, if Bull had met his perfect match, he’d be with her,” Caron argues. “Diana is somebody he authentically likes and enjoys spending time with, and I think the feeling is mutual. I’m very tickled by that first episode.”