To explain the genesis of NBC’s upcoming military drama The Brave, series creator Dean Georgaris invokes not the strategic genius of Sgt. Major Jonas Blane or the war-is-hell mentality of Capt. Benjamin “Hawkeye” Pierce, but the poor choices made by one Walter White.

“I don’t come from a military family. I don’t have a political axe to grind. I don’t have a particular fascination with death, but I am fascinated with human resiliency and human ingenuity,” Georgaris (Life of Pi) tells TVLine. After watching documentaries about American Special Forces teams, “I was continually impressed with their ingenuity. I was continually impressed with their resiliency,” the EP says. “I would read story after story where the missions almost sounded like episodes of Breaking Bad, in that what started off with one simple decision leads to all these complications.”

That concept — that the men and women who execute undercover, elite missions all over the world often have to innovate on the fly when plans fall apart — eventually became The Brave, which debuts Monday, Sept. 25, at 10/9c. Georgaris and his team created a fictional paramilitary unit that works all over the globe, using the players’ intelligence, weapons knowledge, language prowess and cultural skills to set bad situations right. Meanwhile, back in the United States, a group of analysts provides real-time backup and much-needed technical support to the unit in the field.

We got Georgaris to give us some intel on the premiere of the series, which stars Mike Vogel (Under the Dome) and Anne Heche (Hung). Read on for what you need to know about the new NBC drama. 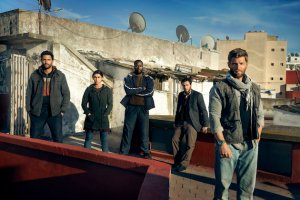 LOCATION, LOCATION, LOCATION | Though the series premiere takes place in a Middle Eastern country, Georgaris stresses that evil doesn’t respect national borders — aka, it’s everywhere. So the show will take Dalton’s gang all over the world in Season 1. “NBC could have said, ‘OK, stay in these four locales, and that’s safest for budget. That’s easiest on everyone,'” the executive producer adds. “But they said… ‘We want missions on five continents,’ and I said, ‘Sounds good to me!'” 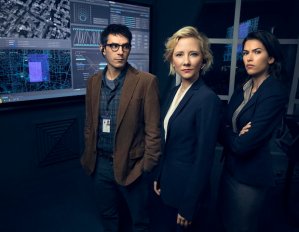 CLOSER THAN YOU THINK | Though Dalton’s team and Campbell’s people won’t often physically cross paths, it will happen at least a few times in the first season. “In general, it’s this interesting intimacy, almost like news producer and news anchor, like the people who are in your ear and the people who are out in the field,” the EP notes. “A lot of our drama will come from what it’s like to be on either end of that connection.”

ALL IN A DAY’S WORK | Rather than denote specific episodes to flesh out characters’ backstories, Georgaris says, the writers have decided to let the team’s missions do the work of filling us in on who these people are. For example, Amir has a surprising — and rather dangerous — work history that will be revealed when he’s thrust back into a prior role. “Amir comes from a history of service to the CIA, and basically is a lone wolf, deep penetration agent in ISIS,” Georgaris says. “There is an episode where that identity gets reactivated, so he has to go back to the world that he left… and what you’ll come to learn is why has Amir chosen to do this? What made this wealthy, Lebanese-born Muslim from a very successful, not very religious practicing family, what made him decide to fight for his religion at the age of 22?”

WHAT LIES BENEATH | In the premiere, we learn that Heche’s Campbell recently lost her son, who was in the military. Georgaris teases that Vogel’s Dalton will play into the grieving director’s backstory. “They have a very deep respect for one another. They have a long-standing work relationship with one another. He knew her son,” he says. “And they actually have a natural chemistry, the two actors and characters, that I think will leave people wondering: Was there a personal history [between Campbell and Dalton] in the past?”

Are you planning to tune in to The Brave? Let us know in the comments!