Now all they need is the father.

ABC’s upcoming Roseanne revival has tapped Shameless vet Emma Kenney to play the series-regular role of Harris, Darlene and David’s daughter. The news, coupled with the earlier hiring of Ames McNamara as Harris’ younger sibling Mark, completes casting of Darlene and David’s children. It also comes as ABC has yet to make a deal with the clan’s patriarch, played by Big Bang Theory‘s Johnny Galecki. 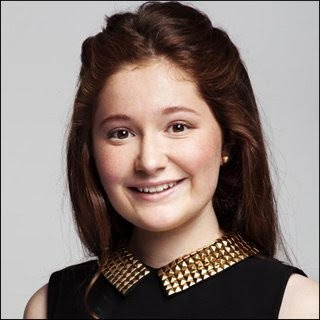 As Roseanne diehards know, the character of Harris was first introduced to viewers in Season 9’s 19th episode, when Darlene delivered the baby very prematurely. The original casting breakdown for the now 14-year-old Connor offspring described her as a hellion and the spitting image of her mother — in appearance and attitude (although we hear the character continues to evolve and may end up being much lighter than Darlene).

ABC’s eight-episode Roseanne revival — production of which begins in early October — is slated to air in early 2018.