Not long after Ray Donovan’s Paula Malcomson learned that her cancer-stricken alter ego, Abby, would not survive the series’ current fifth season, she had something of an epiphany. “I made a phone call to [showrunner] David Hollander and said, ‘I want her to lose all her dignity. I want her to lose her beauty. I need this to be bad; otherwise, I don’t know how [she would ever] leave her children,’” she recalls. “And he said, ‘Let me think about it.’ And he put the phone down and then called me back in 15 seconds and said, ‘OK, let’s go. Let’s do it.’”

In this week’s episode, we began to see the manifestation of Malcomson’s commitment as cancer started to take its toll on Abby. And here, the actress not only describes for TVLine the “hellish” price she paid to do the story justice, she reveals whether she’s satisfied with the results and ponders the possibility of Ray remarrying.

TVLINE | I loved Abby’s monologue at the ice rink about the unfairness of her getting cancer instead of Ray. Did that resonate with you personally?
There’s a sense of unfairness, yes. She finally got to this place in her life where she might get to be herself. She might get to come into her own. She’s in her late 40s, she raised her children… she got to the place with her husband where she’s like, “Alright, we are what we are.” And that’s where it ends. Her story [will end up] in the realm of the untold. There is an unfairness to that. That episode and that [speech were] written by Miki Johnson. She comes from an acting background, and she writes for actors. And when you just lean into that kind of dialogue, you can’t really go wrong. But it was all very sad.

TVLINE | The ice-skating scene was really sweet.
I had never ice-skated before. I said to Liev [Schreiber], “I don’t know how to ice-skate!” And he said to me, “It’s OK. I got you.” And Liev is physically the best actor I’ve ever worked with, just in terms of his facility with his body and his carefulness with everybody. So I just put my life in his hands. Those are some of the things I’ll miss the most, [things like] having that kind of trust with him. 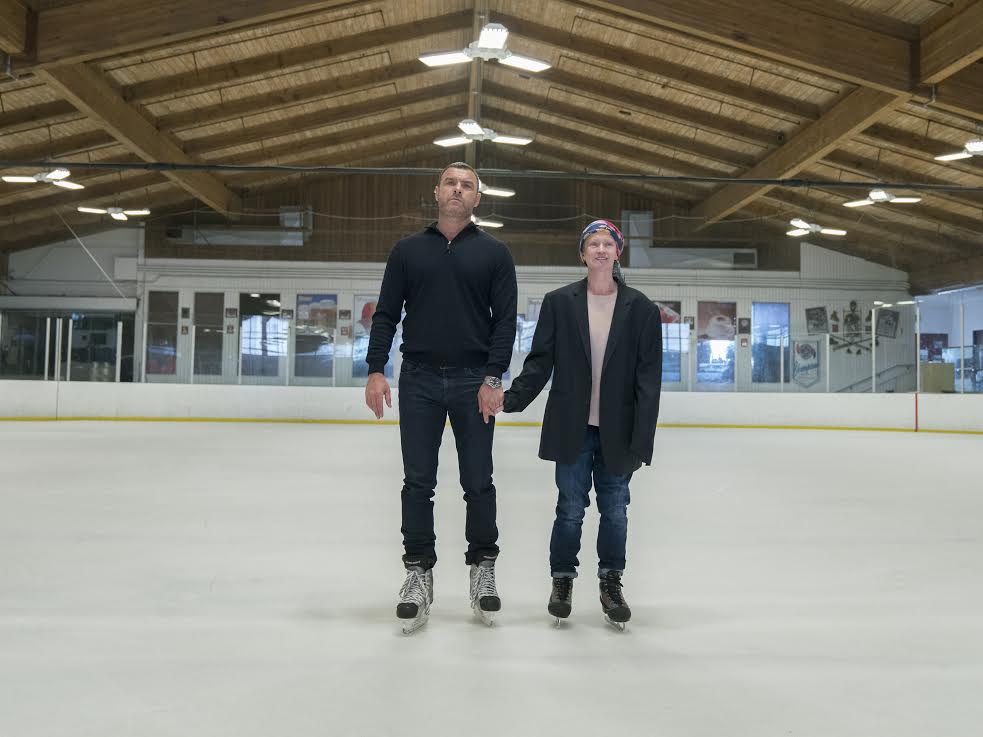 TVLINE | It’s been nice to see this more romantic, loving side of their relationship. Has that been enjoyable to play after four seasons of tension and antagonism?
That’s sort of the role of the wife in the antihero story, isn’t it? I think it’s slightly a pity that we could only [portray Abby as an antagonist to Ray] in retrospect. I tried to really always have that love there regardless of how much fighting or bickering there was.

TVLINE | In this episode, we began to see the physical toll the disease is taking on Abby. Did you lose weight for this storyline?
Yes. I wasn’t going to do some pretty version of someone who is in the final stages of cancer. There’s no way to fake that. There’s no way to fake weight loss — you just kinda have to not eat. [Laughs] And not exercise. I didn’t want to feel strong. I didn’t want to feel like myself. It got gnarly.

TVLINE | You weren’t instructed to lose weight, were you?
No. God, no. They would never. I don’t think they’re allowed to do that. You don’t ever tell a woman to lose weight. [Laughs] It was my decision. I’ve lost friends [to cancer]. I didn’t want to do some TV version of it that didn’t resonate with people and that I didn’t believe.

TVLINE | What was the lowest point?
I don’t work with a lot of preparation. I think very well on my feet, and I’m very good when the pressure is on. This was a little bit different. We were shooting [an episode on location in] Hollywood, and we had scenes lined up that we were going to shoot, and they were getting dropped off the call sheet for the day; we just weren’t going to [finish the scenes]. And at one point, I said, “You guys have to f—ing shoot the scene. I have to eat. I’m in this state now.” I’m not a Method actor — ask anybody. But this was different. It cast a shadow over me — for a while. It definitely was tough.

TVLINE | Did you end up shooting that scene?
Yes. I started to cry and said, “We need to shoot it.” [Laughs] And they said, “OK, we’ll make it work.”

TVLINE | Was it hard for Liev to watch you put yourself through this?
I don’t know. You’d have to ask him. He’s a tough cookie. I’m sure it was. Other people were sort of crying their eyes out. Camera operators were walking away from the camera [in tears]. But he’s playing a very particular character where his emotions aren’t really available to him. Historically, Abby has carried his emotionality.

TVLINE | When did you wrap shooting on the season?
Mid-August. We were shooting [on location] in New York. It was very nostalgic for me, because I moved to New York when I was 19. We were by the East River, shooting under the Queensboro Bridge. It was all very full circle and lovely. We did some nice work there.

TVLINE | What was it like when they yelled “It’s a wrap!” for the last time?
They actually said something I had never heard before, which was, “This is Paula’s final shot!” And it was in that moment that I realized, “Wow, this is really it.” It was very emotional. It was also a relief. It was so many things. So bittersweet.

TVLINE | Are you satisfied with the exit Abby was given?
I think I’m happy with it. As an actor, how happy are you ever going to be about anything? I think I’m satisfied. I think I did my job as best as I could under the circumstances.

TVLINE | What circumstances?
Just putting such heavy subject matter in a pulp-y show. The tone of the season is a lot more somber. It’s actually a great season. I’ve been very pleased with what I’ve seen so far. And I’m very hard to please.

TVLINE | Will you continue to watch the show next season?
I probably will. I’m curious. I want to see what happens.

TVLINE | Do you think Ray will get remarried?
I don’t know. He might. I haven’t really thought about it. Is he a man that can be alone? I don’t know. I think that would be a ballsy move for the writers to have him get remarried. Hopefully, they won’t have him marry a 20-year-old.