Buckle up, She-Wolf Pack: The Tanner-Fuller family is commemorating a Full House milestone in a very big way.

Netflix on Friday released the official trailer for Fuller House‘s upcoming third season, whose premiere date (Friday, Sept. 22) just so happens to coincide with the 30th anniversary of its parent series. (Crazy, right?) In the newly released footage, Danny, Jesse and Joey arrive to celebrate the day that Jesse and Joey first moved in to help raise D.J., Stephanie and Michelle. Not only do they recreate their entrances from Full House‘s 1987 pilot, but the men are wearing the same exact outfits.

In an additional clip released to Good Morning America, the family goes for a spin in Danny’s beloved car Bullet (as seen in the original Full House opening credits):

WATCH: First look at the trailer for @fullerhouse Season 3! The entire cast will be on @GMA this Monday: https://t.co/jGJ0mfxdGD pic.twitter.com/PKVPyZPDx9

As you may recall, Fuller House wrapped its second season with a few major events: Jesse and Becky adopted a baby girl, named after Danny’s late wife; Steve proposed to C.J., following a brief misunderstanding with D.J., who’s obviously still in love with him; and Stephanie grew surprisingly close to Kimmy’s younger brother Jimmy. (Like, they’re already talking about kids.)

Hit PLAY on the trailer above, then feast your eyes on the Season 3 poster below. 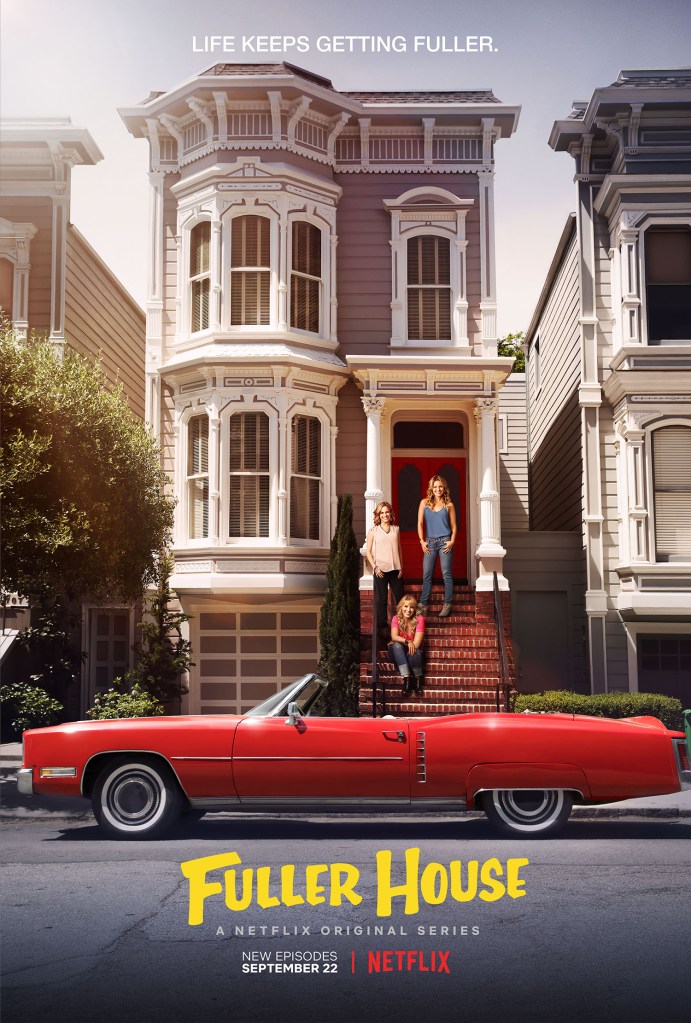