Warning: What I’m about to say is shocking, controversial and completely out of character for me — but I have to begin this week’s Project Runway recap by defending one of the twins.

Claire (you know, with the hair) found herself in the bottom three this week, alongside Samantha (whose look was called “just ugly” by judge Zac Posen) and Aaron (whose streamer-riddled mess of an outfit led to his elimination). As we all know by now, the twins aren’t ones to stay quiet, so it came as no surprise that Claire had some choice words for the judges after being told that she was still in.

This week’s challenge, anchored to the Disney Channel movie Descendants 2, was to create a look inspired by either good or evil, depending on which card Michael (last week’s winner) handed to each designer. For reference, here’s Claire’s “good” look: 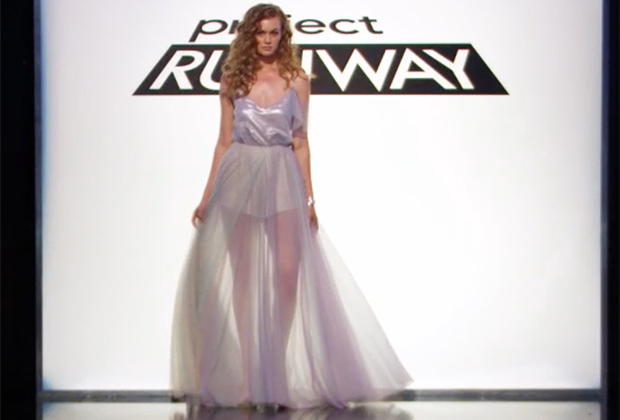 Does the dress, as Posen said, look like something Cinderella would “wear on her day off”? Sure. Was it, as Heidi Klum said, “very expected”? Absolutely. But even with those critiques in mind, it was hardly in the same category as the fright-fests served up by Samantha (left) and Aaron (right): 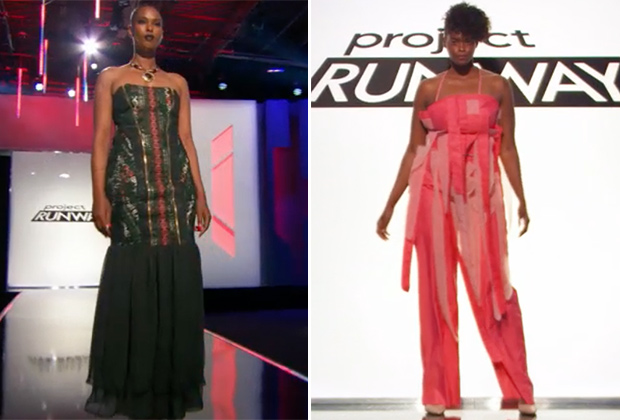 Meanwhile, Brandon scored his second win of the season with this “good” look, which Klum likened to a “modern straightjacket”: 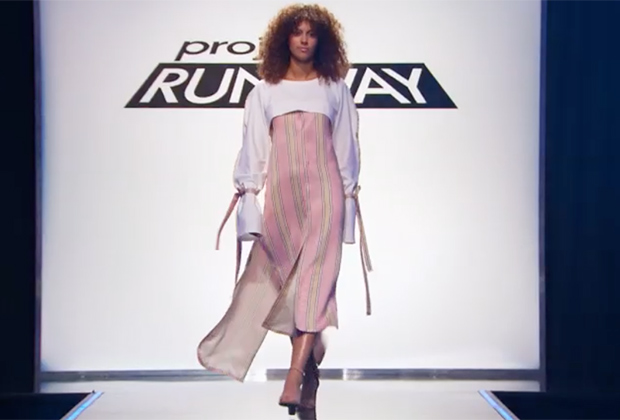 But if I’m being honest, I would have given top honors to Michael (left) or Kenya (right): 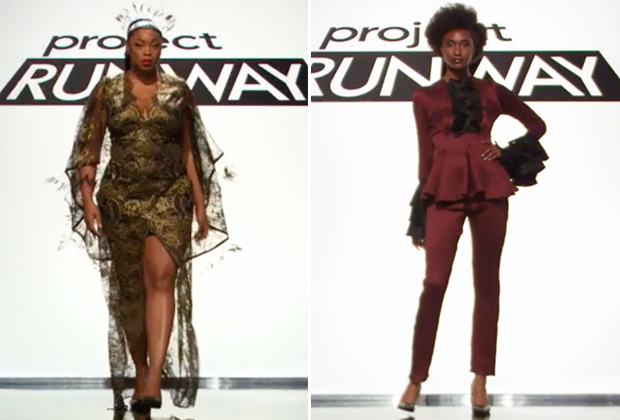 Brandon’s design was obviously impeccable, but did it feel like “evening wear inspired by good or evil”? I’m not so sure. (I also wish the judges had acknowledged Michael’s description of his look as that of a “goth-ess.” That was pretty clever.)

What say you, Project Runway fans: Was Brandon the clear winner, or should it have gone to one of the other designers? And did Claire really belong on the same danger level as Aaron and Samantha? Drop a comment with your thoughts below.