THE PERFORMANCE | Going into Cult’s premiere, we so expected another fine performance from Paulson, a four-time Emmy nominee for her work in past AHS seasons, that we didn’t really anticipate being surprised. We’ve seen her play scared before, after all — a lot. But Ryan Murphy’s muse managed to not only impress but stun us with the intensity of the fear that she was able to conjure up.

In fact, we’d only just met her new character Ally, a married lesbian mom and coulrophobia sufferer, when the actress was giving us goosebumps by emitting almost unbearably visceral sounds of anguish and despair — and that was merely Ally learning the results of the presidential election. We hadn’t even gotten to the clowns yet!

From the first time she encountered one — on the cover of son Ozzy’s Twisty comic book, not even face to very pale face — Paulson made it chillingly clear that Ally’s coulrophobia, like the rest of her many phobias, was no laughing matter. She dropped the comic as if it had blood on it, and retreated into her own skin, reduced to wailing in the voice of a wounded animal.

But Paulson’s most striking work was yet to come. As Ally pushed her cart through a seemingly deserted grocery store, the atmosphere growing tenser with her every step, her portrayer’s face slowly, subtly transitioned from uneasiness in the wake of her encounter with the Trump-loving cashier to mounting dread. When at last a group of clowns revealed themselves, bringing to garish life her worst nightmare, Paulson made her shock and revulsion so palpable that we more than bought it, we felt it — so deeply, in fact, that we’re scared (in the best possible way) to imagine how much further she’ll take us in Episode 2! 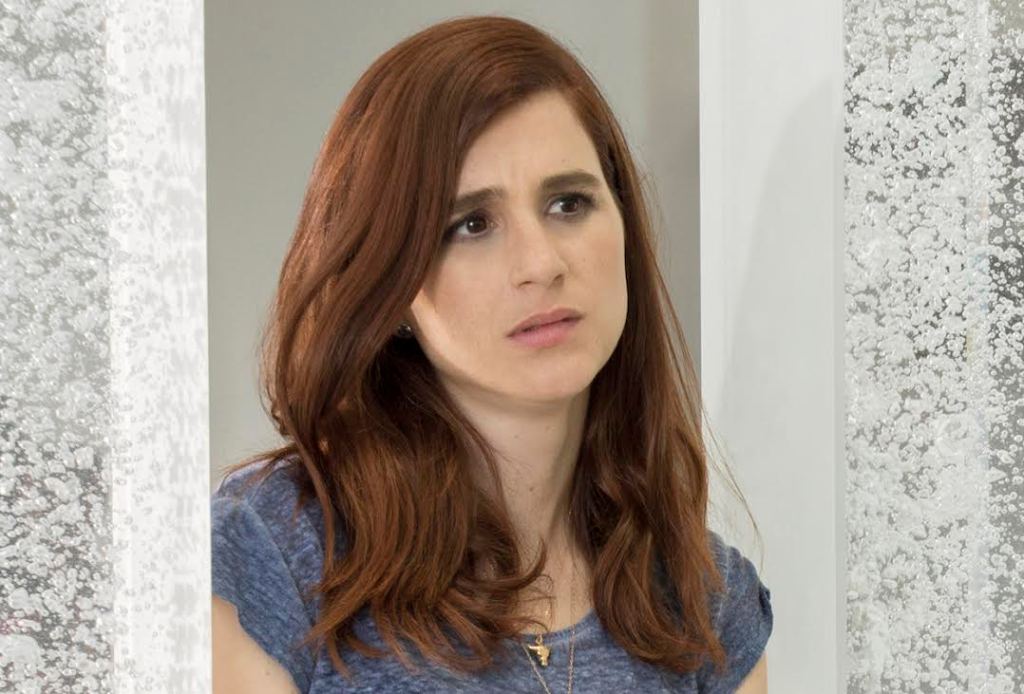 HONORABLE MENTION | Sure, we could honor You’re the Worst star Aya Cash for her manic frenzy in this week’s Season 4 premiere, as Gretchen hid from the world inside Lindsay’s apartment, smoking crack and watching The Price Is Right. Or for her ferocious resolve, as Gretchen dutifully grinded on top of a guy she doesn’t care about while trying to ignore a text from the guy who broke her heart. But no, we’re honoring her for this week’s indisputable highlight: Gretchen flawlessly reciting the rapid-fire lyrics to the Barenaked Ladies hit “One Week.” It’s been more than one week since Jimmy cruelly abandoned Gretchen — but Cash is most definitely hot like wasabi when she busts rhymes. 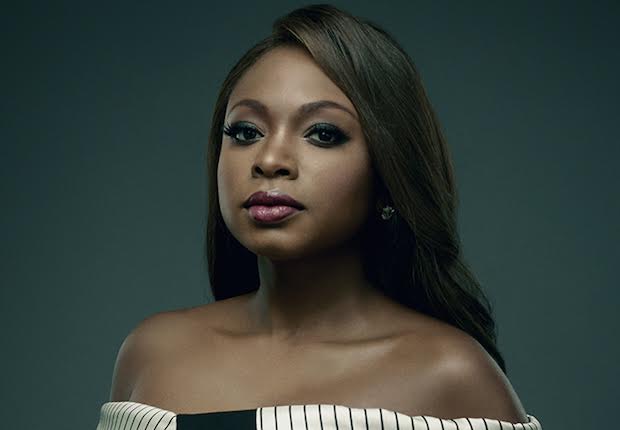 HONORABLE MENTION | If you for one second thought Power‘s Tasha was going to give in to her grief for her murdered daughter, you must not have been watching Naturi Naughton‘s portrayal of Ghost’s wifey closely all these years. Naughton has always brought a pragmatic, practical sensibility to her character on the Starz drama, and nowhere was that more apparent than in Sunday’s season finale, when the actress played Tasha as emotionally gutted yet incredibly strategic about her family’s fate. Naughton infused Tasha’s grief with shades of anger, apology and acumen. Then the perfect end to her first-rate performance came when Tasha calmly — though Naughton made sure we knew it hurt — set aside Terry’s declaration of love in order to do the smart thing and employ him as her legal counsel (setting in motion that all-important lawyer-client privilege). Tasha’s dreams of being free may have died in the season-ender, but Naughton definitely soared. 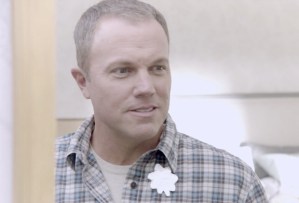 | A grave injury plus a healthy dose of hallucinogen added up to a gripping, wide-ranging performance by The Last Ship‘s Adam Baldwin. Brutally stabbed, Captain Slattery was on death’s door before a Sardinian local played nursemaid, treating his wounds and easing his pain with the Red Rust-based nostos. From there, Baldwin toggled between a delirious warrior struggling to reunite with his crew and a blissful family man, as the nostos led him to imagine being back with his wife and kids, indulging in a “normal” life. To see Slattery beaming with nary a care in the world, after three seasons of combating so much, only made more jarring the scenes where he faded out of the fantasy, driving his fist into a mirror out of frustration. It was a rare showcase for Baldwin, one that he seized and broke our hearts with.