TVLine has obtained the first images of Season 8 newbies Meaghan Rath and Beulah Koale, both of whom will make their debut in the CBS procedural’s premiere next month. As previously reported, Banshee alum Rath will play Tani Rey, a hotel lifeguard who was kicked out of the Police Academy (despite being a first-rate candidate), and Koale (whose credits include Murder in the First and Salvation) comes on board as Junior Reigns, a former Navy SEAL who has just returned from serving his country and asks McGarrett for a job. 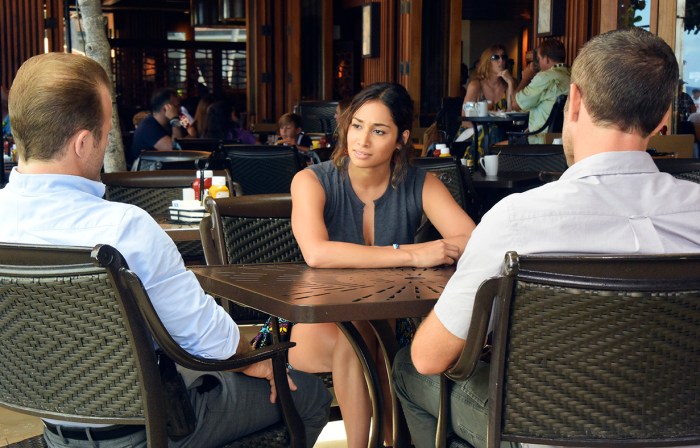 The pair, who arrive as full-fledged series regulars, were hired roughly three weeks after the news broke that original cast members Daniel Dae Kim and Grace Park (who played Chin Ho and Kono) would not be back for Season 8 as a result of a contract dispute.