THE PERFORMANCE | For her final Orphan Black performance, Maslany pulled off yet another magic trick: She helped deliver two babies (as Sarah) and gave birth (as Helena) at the same time. (She also welcomed little Kira into the world via intercut flashbacks, for the record.) Even after five seasons of watching Maslany do the seemingly impossible, the chemistry that the actress was able to create with herself as Sarah coached Helena through the birthing process was as astounding as the idea of human clones itself. When Helena pushed through the pain to find joy with her newborn twins, and a tearful Sarah embraced her “meathead” sister, Maslany took us on a roller-coaster ride of raw emotions so intensely palpable, we’re still in awe. (Read the creators’ take on the scene here.)

The show’s swan song also gave Maslany the opportunity to slow down and reveal the vulnerable hearts of the Ledas. As Sarah’s walls crumbled, the actress unleashed a dam of pent-up insecurities about motherhood during an intimate conversation between the sestras. Meanwhile, Maslany’s gaze was so wistful and sad as Rachel pondered her lonely future apart from her kin that you had to feel for the corporate clone.

We suspect it will be a while — or possibly, never — before another performer is able to so skillfully and completely make us forget that the same person is underneath such a diverse array of doppelgängers. She is, simply put, one of a kind. 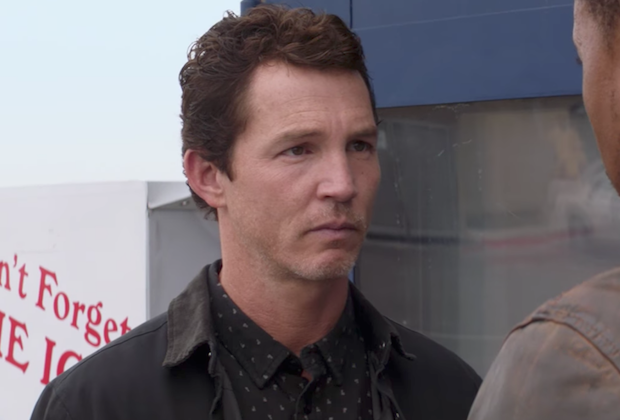 HONORABLE MENTION | Foremost among the marvels of Shawn Hatosy‘s work on Animal Kingdom is the way he makes us see that Pope, for all of his horrific misdeeds, is not inherently evil. Rather, the ex-con is akin to a pit bull who’d be perfectly sweet, had he not been so badly warped by his upbringing. Which, of course, made “The Leopard” particularly harrowing — and an ideal showcase for the duality that the actor has nurtured in his character. After Pope learned that he’d been manipulated into murdering unrequited love Catherine for no reason, Hatosy uncorked his alter ego’s rage in a confrontation with mom Smurf that was, at turns, terrifying, heartbreaking and, as their interactions so often are, unsettlingly sexual. Off that devastating showdown, Pope, desperate and vulnerable, confessed his sin to girlfriend Amy in a last-ditch attempt at being forgiven that left his portrayer wearing an expression so hopeless, we wanted to give him a hug in addition to this Honorable Mention. 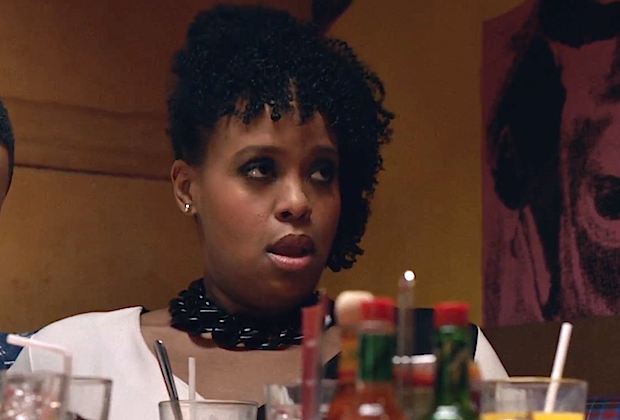 HONORABLE MENTION | Eat your heart out, Meg Ryan. In the “Hella LA” episode of Insecure, Natasha Rothwell didn’t just steal the final scene — in which Kelli’s day-party hookup pleasured her under a restaurant table while surrounded by their friends — she stole the whole damn show. By now, we’re well-trained to expect hilarity to ensue whenever the actress appears on screen. But she took it to a whole other level this week as Kelli, struggling to enjoy herself discreetly, shut her eyes before they rolled back in her head, tried to control her breathing, and cleared her throat to cover what otherwise would have been a gasp of ecstasy. By the time she was through, we’d had, albeit in a different way, what Kelli had: a hell of a good time. And, unlike Ryan’s Sally, neither Kelli nor we were faking it. 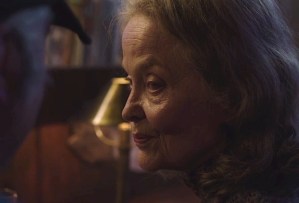 Something is eating at Twin Peaks‘ Sarah Palmer — and because of Grace Zabriskie‘s performance, we almost don’t want to know what! In Part 14 of the revival, Zabriskie showed us a woman (?) trying to temper her temper as a neanderthal cruised her at a bar. “Mind your own business. Please,” she flatly asked (or advised). “Would you sit back where you were. Please.” When the cretin scorned suggested she was a “bull dyke” and graphically detailed the activities associated with that, Sarah with a menacing glance purred back, “I’ll eat you,” before rising to reveal her true face (so to speak) and then take a lightning-fast chomp out of the guy’s neck. When the bar boss laid eyes on the mauled barfly, Sarah — in a terrific button to the scene — played dumb as Zabriskie shrugged, “Sure is a mystery, huh.”