The epic, bat-wielding brawl between Empire exes Cookie and Lucious in last spring’s midseason premiere was supposed to climax with the combustable twosome having sex. But as TVLine reported, the character’s portrayers, Taraji P. Henson and Terrence Howard, lobbied for a rewrite. And they got their wish. The pivotal sequence concluded with the fiery couple exchanging merely a kiss.

At the Television Critics Association’s summer press tour on Tuesday, Henson revealed for the first time why 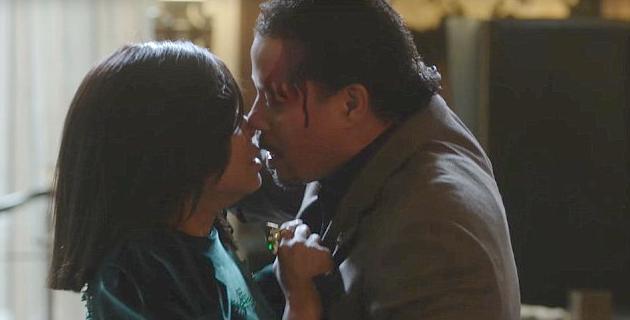 she felt compelled to intervene. “For me, as a woman, I felt that the power would be lost if she had sex with him,” she told reporters. “Cookie’s trying to evolve. She really loves this man. She just snapped and destroyed the entire Empire [offices] with a bat. That’s very animalistic. And then to get to that peak of passion, it just felt like it was taking a stronger stance for herself to not fall for flesh… and walk away.

“Cookie’s a grown woman,” Henson continued. “She’s had three kids. She’s served 17 years in jail. There’s no time to play now. She’s protecting herself. So that’s why I fought hard for that. And I just thought it was a stronger choice. We have many years to deal with this couple, and it’s a very complex relationship. And I just thought that made it even more complicated.”

It was back in March that the episode’s director, Craig Brewer, first told TVLine about the script tweak. “[They] sat down and gave me the most compelling reasons about how this scene should end,” explained Brewer. “And they were both adamant that they shouldn’t have sex.”