Oh, and Anika? That is a fracas.

After a months-long hiatus, Empire came roaring back Wednesday night with an episode that saw the simmering tension between Cookie and Lucious finally detonate. Lucious’ decision to promote wife Anika into the top A&R spot was the final straw for Cookie, who grabbed a baseball bat and morphed into a one-woman wrecking ball that destroyed, among other things, Lucious’ shrine of gold records and treasured grand piano. At one point, she even leveled a blow at his head. 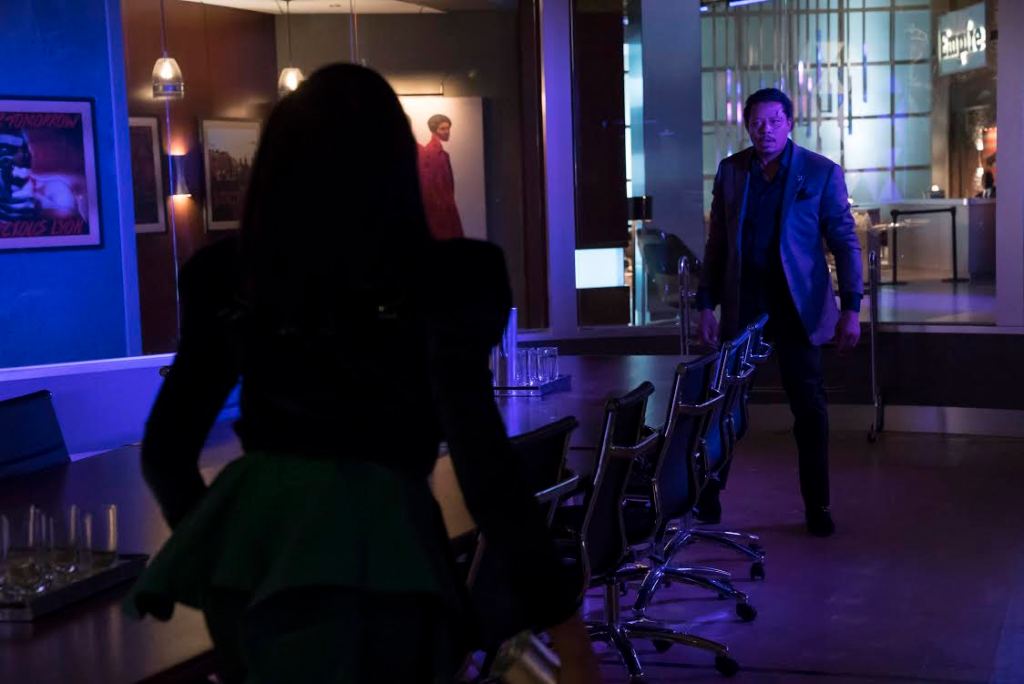 Throughout the spectacular sequence — directed by Craig Brewer — Cookie verbally tore into her ex lover for attempting to erase her from their company’s legacy. The brawl culminated, as it often does with the combustible pair, with a heated make-out session that was supposed to spiral into full-blown intercourse until Taraji P. Henson and Terrence Howard intervened.

“[They] sat down and gave me the most compelling reasons about how this scene should end,” explains Brewer, whose history with Empire‘s two leads dates back to their Hustle & Flow days. “And they were both adamant that they shouldn’t have sex.”

Below, Brewer takes TVLine behind the scenes of Wednesday’s epic Cookie-Lucious throwdown and, would you know, what went down off screen is almost as edge-of-your-seat riveting as what transpired on.

TVLINE  | OK, so take me through what happened…
One of the great moments of my professional life was the morning we were supposed to shoot this scene. I put a lot of preparation into it, and that included going to Terrence and Taraji a good three weeks ahead of time and saying, “Look, I just want you to know that there’s going to be this enormous fight between the two of you, and it’s going to end with you guys having sex.” And I asked them, “Are you good with this?” I 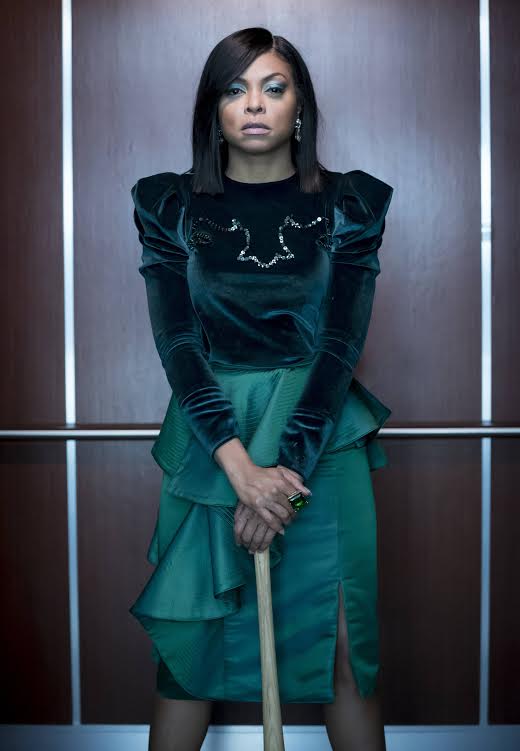 could see that they were like, “Well, let’s get into the script and see how it’s going to go.” But I got the impression that they were fine. So, we then meet on the morning of the shoot and Taraji and Terrence came in and were like, “Craig, we need to have a discussion about this, because we’re having some serious second thoughts about how this scene is supposed to end.” So many people put out this idea that actors are difficult to work with. And I really hate that, because actors care. They care about their characters; they live with their characters. And Taraji and Terrence sat down and gave me the most compelling reasons about how this scene should end. And they were both adamant that they shouldn’t have sex.

Taraji is very protective of her fanbase; she hears from them daily. And I’m a fan, so I know once they started to slowly kiss in the scene, I could hear the fans going, “Don’t do it, Cookie, don’t do it.” And Terrence [noted] that so much of what works with their character is their complicated relationship… It’s a war that these two are in the middle of. And you can crank it up to 11 by not going to 10. And I know that sounds a little confusing, but by just going immediately to the most intimate [extreme], you kind of rob yourself of some tension that is almost just as sweet or just as bitter.

Carlito Rodriguez, who was the writer on the episode, was in the room, and we were like, “Look, y’all, the best thing we can do” — because this was a morning-of change and the script had already gone through a lot of checks and balances — “I trust that we’re going to come up with the most compelling ending to it.”

So we went up into the set, and what Carlito and I ultimately realized was when you got the kind of caliber actor such as Terrence Howard and Taraji Henson, a lot can be done without saying anything. So, we started cutting out some of the lines right before that kiss, and they tracked it all. Like, you could see it going through their eyes, and it was so impactful… They’re on the verge of making love and realizing that it’s more tragic than that.

TVLINE | Hearing you describe the collaboration, it almost sounds like you were shooting an independent movie on that day. But there had to have been more “cooks in the kitchen” who would’ve needed to sign off on what was a major change in the storyline.
It was a major change. And I really have to give credit to [showrunner] Ilene Chaiken and [exec producer] Sanaa Hamri, [both of whom] I have tremendous respect for. These women are the best in the business. Sanaa called me and said, “Look, the actors have these thoughts, and I think they’re valid, and I trust you to listen to them and make the episode work.” And I have to also give it up to Ilene, who, you know, this is not something you want to hear at 4 am Los Angeles time on the day of shooting. But I really think that 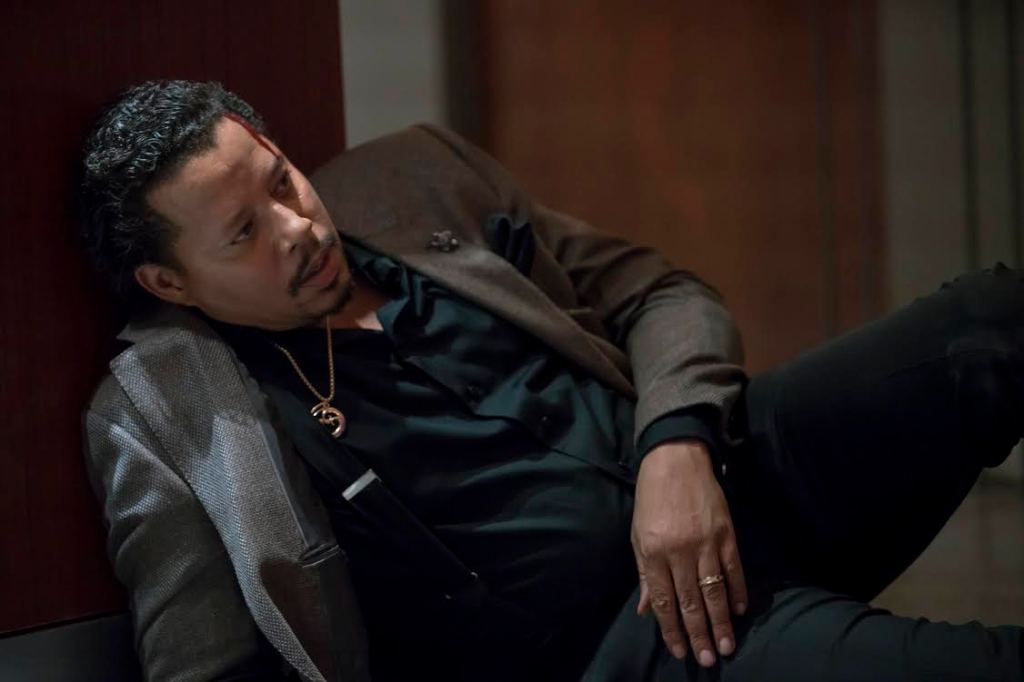 once we all saw it, we found that perhaps it transcended a usual plot turn and became something more meaningful.

TVLINE | Did them not having sex impact where the season was headed?
It didn’t really have too much of an effect on other episodes. I think, to some degree — and this is just my own humble opinion — that it may have helped where I know that the rest of the season is going.

TVLINE | How long did the entire sequence take to shoot?
About a day-and-a-half.

TVLINE | What was the mood like on set?
They were all very gung-ho and collaborative. But sometimes you have to protect actors from their own enthusiasm. The thing that I always worry about, with Terrence especially, is that he’s one of the most intuitive actors I know. He could probably hurt himself by going full-tilt — and he goes full-tilt [here]. There were moments where he was, like, leaping after Taraji, slamming onto the floor. And I’d be like, “All right, I don’t want you busting yourself up.” He was like, “Hey, man, I don’t care.” There was this moment where I just wanted Taraji to swing at him and he was going to duck from the bat. But Terrence was like, “Craig, she’s got to hit me.” 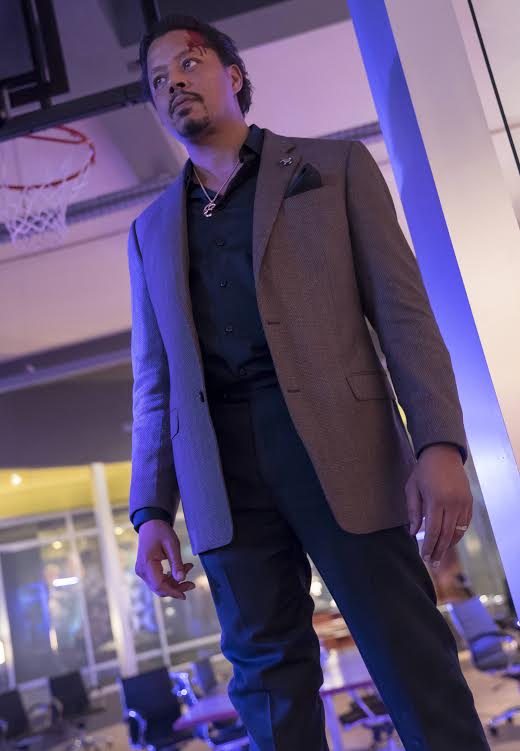 TVLINE | She actually hit him with the bat for real?
Well, no. We brought in rubber bats. But it still amped things up even more. Terrence was like, “No, she’s got to hit me in the head and I have to be dazed by it. I’ve got to be unhinged.” And that just cranks it up. It cranks it up to this other level, and that’s what I love about working with those two. I don’t feel like I’m directing as much as I am wrangling the creative forces of two powerhouses and making it work.

TVLINE | One thing I kept thinking was, “Someone on the show has to go back and clean this mess up, reframe all of those broken gold records… “
[Laughs] There was a giddiness with everybody on the set that we were trashing it. There [was] a paragraph [in the script] like, “And then Cookie trashes Lucious’ office.” I went up into the office and I was looking at all the things she could beat up. And I was like, “OK, so what do we have here? Like, some picture frames. Maybe, like, she messes up his desk…” And I just turned around and I was like, “Oh my God. It’s the piano. She shouldn’t touch anything except maybe one picture frame of Anika and Lucious. But, otherwise, I think she’s got to hit him where it hurts” — which is music. But I had to sell it to production…

TVLINE | Time to bring in the rubber piano?
No, it was a real piano. Taraji really took a bat to the keys of that piano… And Taraji was gung-ho [too]. She just grabbed that bat and she was like “Bam.”

TVLINE | Wow. That’s expensive.
It is. Terrence was heartbroken. “Why would she do this to the beautiful [piano]?” And I was like, “Because it hurts Lucious… it’s the wreckage of their music and their love life.” We got deep with it. [Laugh]

TVLINE | You’re only in Season 3. Is there a concern about topping a moment like this? I don’t think you can top it, right?
I understand why you would think that after watching [this episode], but you have to keep watching. This show does not lose steam. It gets more intense and bigger, and that does not necessarily mean it’s going to always be a spectacular, glass-shattering, bat-wielding sequence. It may just be the emotional crucible that this family goes through. I just finished [directing Season 3’s] second-to-last episode and I’m telling you, great things are [coming].