THE PERFORMANCE | Has there ever been a more regal exit than the thrilling, immensely satisfying send-off Diana Rigg gave Lady Olenna in Sunday’s Game of Thrones? As the character faced her imminent death following the slaughter of her entire family, Rigg kept the matriarch feisty and wry, right ’til the end. Without moving from her seat, without relying on any grand gestures or huge shows of emotion, Rigg put forth the quiet energy of a wise woman who knew her time was up… but who’d be damned if she didn’t go out on her own terms.

In Rigg’s hands, Olenna has always been crafty and strategic, playing politics with aplomb while others fumble about Westeros’ power structure. That sagacity continued in her final scene, as she lured Jaime in with her weary resignation, then skewered him with a few well-timed jabs of truth. Rigg’s ability to play Olenna as a bested grandmother — wry yet tired of the fight — had its biggest payout at the very end of the episode, as the character gleefully revealed to Jaime something we’d known for a while: She was responsible for the murder of his son, Joffrey.

How baller is it that Olenna spent some of her last breaths on Earth telling the Lannisters to suck it? And how fitting is it that her portrayer, who has been consistently amazing in her four seasons on the series, got to go out on such a gloating high note? Those piercing blue eyes, that sarcastic-yet-grand delivery? Even if the white walkers do eventually take out everyone in Westeros, we think we’ll miss Rigg’s take on Olenna most of all. 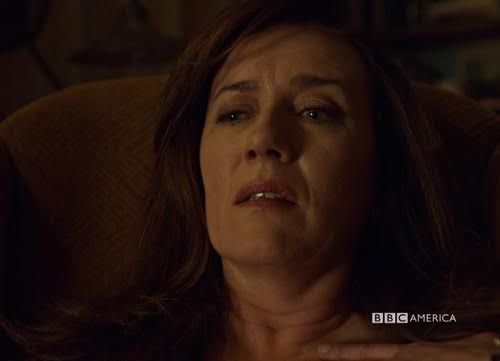 HONORABLE MENTION | Orphan Black said goodbye to one heckuva woman when Ferdinand shot and killed Siobhan — and we’re not just talking about the character. When Mrs. S calmly seized an opportunity to take the Topside cleaner down with her and then quietly succumbed to her fate, her portrayer Maria Doyle Kennedy reminded us just how resilient, nurturing and badass she is as Sarah and Felix’s beloved foster mom. And if the actress’ broken cry of “chickens” as S gazed at a photo of her kids and took her final breath didn’t break your heart, you may be a Rachel. Simply put, Kennedy was classy and kickass to the very end. 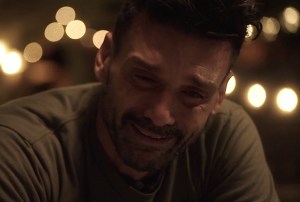 | Throughout Kingdom‘s final season, you sensed that Alvey was heading for an emotional KO as life dealt him blow after blow. And in the series finale, he indeed hit that nadir — and Frank Grillo was there to make us feel every gut punch. Opposite the always-excellent Jonathan Tucker, Grillo conveyed the despair of a father outliving a son (and in part due to his own parental negligence), helplessly claiming, “I wanted to [be there for Nate]. I just needed a f—king minute.” But it was his scene with Joanna Going’s Christina where Grillo laid himself bare, recounting through sobs, “I was looking in his eyes when he died [and] he was so f–king scared… He looked like a baby. And I couldn’t f–king help him!” In every other situation, including his final fight, “King” Kulina was fiercely formidable. But it was in Alvey’s most vulnerable moments that Grillo delivered his strongest work. 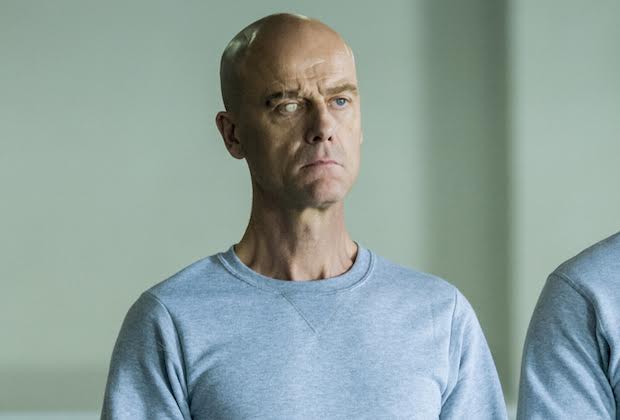 HONORABLE MENTION | In Monday’s Preacher, Pip Torrens’ first big episode as Herr Starr, we learned that “uncompromising discipline” was of paramount importance to the Grail’s new leader — and also, perhaps not coincidentally, to his portrayer’s depiction of Jesse’s one-eyed nemesis. Since the actor’s rendering of the comic-book favorite was so awesomely regimented, particularly in flashbacks to Herr Starr’s recruitment and training, it was all the funnier when, with absolute seriousness, he complained about the organization not validating his parking and escaped from a chokehold by, ahem, “self-consummating.” Torrens’ delectably deadpan delivery also made mini-events of any instance in which his character (almost) cracked a smile, whether while having his privates zapped or proclaiming for the sake of getting the job that, sure, yes, he was “very much” a Christian. In sum, it was a performance as flawless as the crisp white suit that would become Herr Starr’s uniform.