Kevin may be able to wait, but Erinn Hayes is wasting no time: The actress, who recently exited CBS’ Kevin James sitcom, has signed on to star in Bryan Cranston’s Amazon comedy The Dangerous Book for Boys, our sister site Deadline reports. 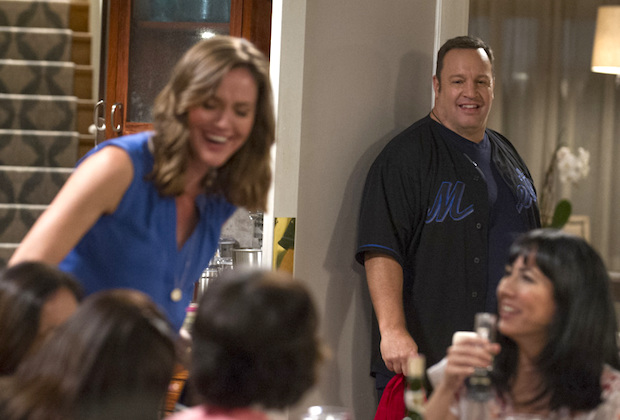 The six-episode series, based on the book of the same name, follows a boy named Wyatt and his brothers as they deal with the death of their father, Patrick. Before he passed, Patrick wrote a guidebook for his boys in the hopes that they would live full, adventurous lives; the book inspires Wyatt to create a fantasy world in which Patrick is still alive and can help his son deal with issues in his everyday life.

Hayes’ Beth is Wyatt’s mom and Patrick’s widow, who’s trying to maintain a steady life for her boys in the wake of Patrick’s death.

Chris Diamantopoulos (Silicon Valley, Good Girls Revolt) also has been cast, in the roles of Patrick and Uncle Terry, Patrick’s fun, underachieving, identical twin brother who comes to live with Beth and the kids.

Hayes, whose TV credits include Childrens Hospital and New Girl, left Kevin Can Wait in June amid a creative reset that included the addition of James’ King of Queens co-star Leah Remini.