Tuesday’s Pretty Little Liars took viewers back to a familiar scene: a recreation of the original flash forward from the closing moments of the Season 6A finale — although we didn’t get there the way anyone expected to. 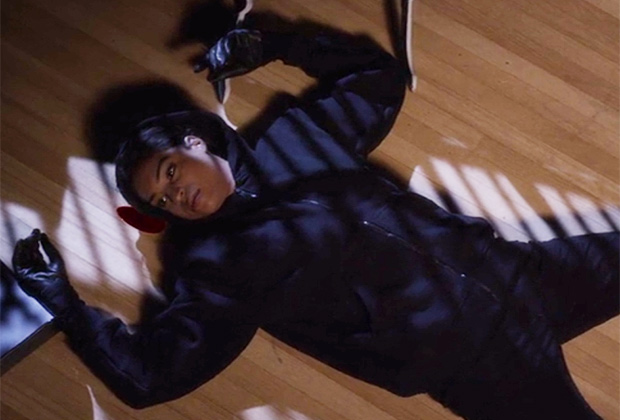 Rather than having the scene — in which the Liars entered Alison’s classroom in a panic — play out in real time as part of the story, it was shown as a dream that Emily had about Ali. Executive producer Marlene King always knew she planned to revisit it, but didn’t anticipate how tricky it would be to weave the scene into the show organically.

“I’ll be super honest with you — that was one of those things we didn’t have a well thought-out plan for,” King tells TVLine. “We did know that we wanted to leave that 6A finale giving the fans a sense of urgency and a little bit of a jumpstart into the time jump. And we really struggled, because we didn’t know what that was at the time. We really struggled as a writers room to fit it into the post-time jump world. Ultimately, in an homage to the horror aspect of Pretty Little Liars, we decided that we could just have fun with it as a dream sequence.”

King credits executive producer Joseph Dougherty, who wrote the penultimate episode, with the idea of presenting it as a dream.

“I thought it was a great homage to how much Emily cares about Alison,” she explains. “Attacking it from an emotional standpoint, instead of from a plot or mystery standpoint, was what made it work and what made it rewarding for fans.”

We’ll have more scoop as Tuesday’s two-hour Pretty Little Liars series finale (Freeform, 8/7c) creeps ever closer, but for now, drop a comment with your thoughts on this iconic scene below.