It’s time to put aside those silly Iron Throne-thirsty differences — and quickly — Jon Snow urges in a new Game of Thrones trailer, because the enemy is real, and “it’s always been real.” 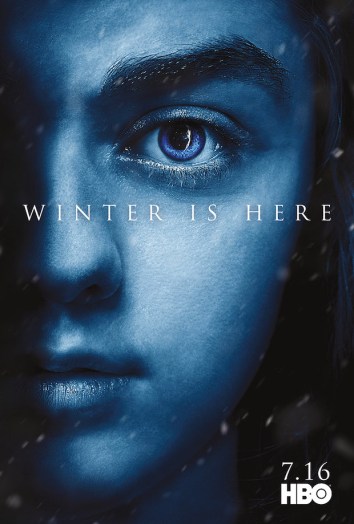 Rhaegar Targaryen’s valiant son seems to be speaking to Westeros’ warring Stark, Lannister and Targaryen clans as he says, “For centuries, our families fought together against their common enemy. Despite their differences, together. We need to do the same if we’re going to survive.”

The new trailer above, released Wednesday, gives fans an up-close-and-personal look at the very threat he describes, as the Night King and his frozen armies strike a scary shadow over all of your favorites from the HBO drama. (Seriously, there are a LOT of familiar faces in this two-minute spot.)

Game of Thrones‘ penultimate, seven-episode seventh season is set to premiere on Sunday, July 16, with the eighth and final season slated to follow in Summer 2018… or maybe 2019, given what HBO programming president Casey Bloys recently revealed.

The fantasy series’ showrunners David Benioff and D.B. Weiss have yet to write episodes or determine production schedules for Thrones‘ swan song, but the HBO exec won’t rule out episodes of the final run airing in 2019, saying he’d have “a better sense of that once they get further into the writing.”

Press PLAY on the clip above to see what new info you can glean from the promo — and check out the newly released Season 7 character posters in the gallery above — then hit the comments with your predictions, thoughts and aw-hell-yeah! moments from the video.