Question: So, what’s the deal with Quantico Season 3? Is ABC completely overhauling the show? —Justine
Ausiello: I don’t know about a complete overhaul, but it’s certainly going to be a significant one. I’m told the network — in conjunction with the drama’s new, TBD leadership — is looking to streamline the series in the hopes of making it more accessible to viewers. That means more self-contained storylines (although sources insist Quantico is not becoming a procedural) and a less complicated mythology. And the recent cast cuts are all part of this new creative direction. 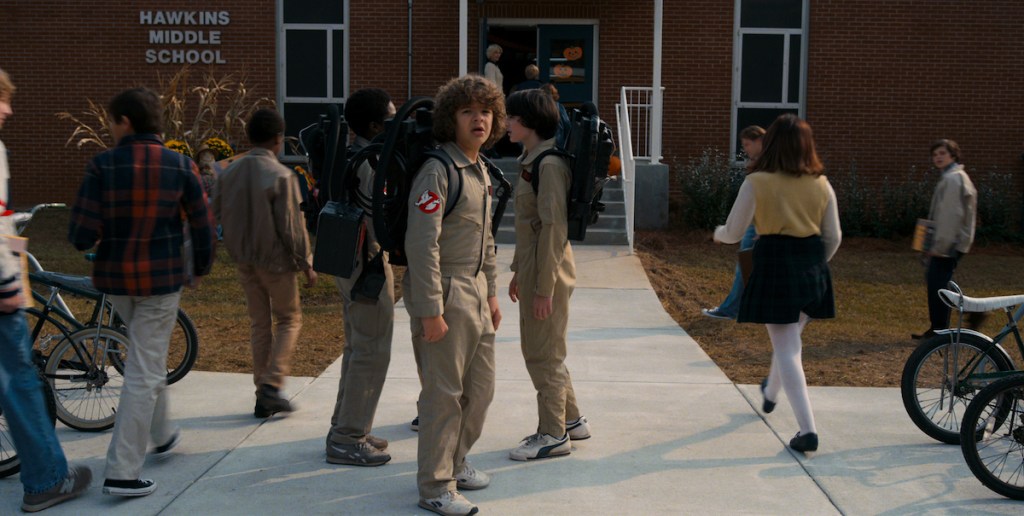 Question: Any scoop on what ’80s pop culture staples Stranger Things will be paying homage to in Season 2? —Ben
Ausiello: The Duffer Brothers plan to capitalize on Season 2 being set in Fall 1984. “The summer of ’84 was a great summer for movies,” EP Matt Duffer notes. “There was Indiana Jones and the Temple of Doom and Ghostbusters and Gremlins and The Karate Kid. The kids would have all seen those movies. They probably saw them multiple times, in fact, so they’re able to reference them.” And as confirmed by early Season 2 photos, the Scooby gang actually dress up as Ghostbusters for Halloween. BONUS SCOOP: look for the original Terminator pic to make a cameo. Reveals fellow EP Ross Duffer: “It’s playing at the local movie theater because [it came out] in October ’84.”

Question: How government conspiracy-heavy will Season 2 of Stranger Things be? —Nick
Ausiello: I don’t have a percentage for you, but EP Ross Duffer confirms that Season 2 will devote “more” time to that piece of the story. “We wanted to explore the idea of how they could keep something like this covered up, and what happens if you’re not able to keep a lid on this,” he teases. “That was something that was interesting to us and that we wanted to explore.”

Question: Got any Fear the Walking Dead scooplets? —Brian
Ausiello: Try this on for size: Sunday’s episode of AMC’s Walking Dead spinoff (9/8c) not only traces the unsteady steps that Daniel took to Dante’s door — pausing just long enough to introduce a means of walker-dispatching that I don’t believe we’ve ever before seen — it also heavily hints at how and whether Ofelia’s “late” father will be able to coexist with the water monger’s new prisoner/adviser, Strand. 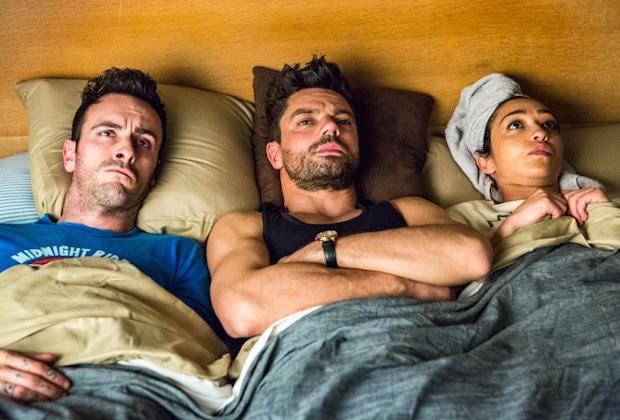 Question: Got anything on the new season of Preacher? —Jon
Ausiello: Indeed, I do. The AMC drama’s gory Season 2 premiere (Sunday, June 25, 10/9c) reveals that God has been hanging out in perhaps the last place you’d expect to indulge His predilection for perhaps the last thing you’d expect. And, although Jesse and Tulip’s first night together as a reunited couple doesn’t go quite as planned (see photo at right), by the end of “On the Road,” they’ve indulged in some of the sexiest, most destructive foreplay since Buffy and Spike.

Question: The Jane the Virgin season finale dropped the biggest clue yet about the narrator, that he was someone who loved Xiomara. So who is he? Her father from heaven? A future son? I’ve been waiting since the first season for an answer… Don’t leave me hanging!  —Drew
Ausiello: Here’s pretty much everything we know about the identity of the series’ narrator. In other JtV news, Rafael Solano… public bus driver?! Probably not, but the former hotel owner is “going to get a job” now that Luisa has stripped him of his fortune, executive producer Jennie Urman previews. “We know what it is, but it’s gonna take him a little while” to find it.

Question: I’m fully aware it’s only June, but that’s not going to stop me from asking for a little fall preview on Supernatural. —Sam
Ausiello: Last month’s Supernatural finale definitely set the stage for an explosive Season 13, but you might want to rewatch an earlier episode for some clues about what’s in store for the Winchesters & Co. As you may recall, in the producers’ preview for Season 12’s “Ladies Drink Free,” executive producer Robert Singer revealed that the installment “very subtly tees up something that we’re going to revisit next [season].” So of course, we asked EP Andrew Dabb to elaborate. “That’s something we’re probably more comfortable talking about around Comic-Con,” he responded. “We have some really interesting things in the works.”

Question: Anything on the series finale of Reign!? —Kevin
Ausiello: Hold onto your crown, Kevin, because The CW period drama goes to some really dark — and profoundly weird — places in tonight’s climax. I won’t reveal how Mary’s story ends, but I will say that the show’s final hour contains its wildest sex scene yet. (And if you’ve been watching regularly, you know that’s no small feat.) 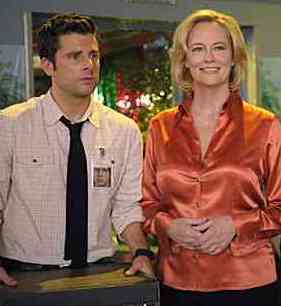 Question: Any plot or casting scoop on the forthcoming Psych: The Movie? —Giovanni
Ausiello: I can tell you who won’t be in the two-hour revival: Cybill Shepherd. There’s nothing scandalous afoot, I’m told. The holiday-themed movie’s self-contained story just didn’t require a visit from Shawn’s mom.

Question: Any scoop on The Night Shift? What can we expect with Topher no longer a part of the show? —Amanda
Ausiello: Ken Leung may no longer be a part of the NBC series (returning Thursday, June 22), but Topher’s absence looms large as the action picks up a mere 48 hours after his unceremonious termination and the resulting staff walk-out. In fact, Jordan will go to such lengths to broker a deal with Paul’s pop that is contingent on Topher’s return, you’d almost think Leung’s exit was an elaborate PR stunt. (It’s not.) BONUS SCOOP: Warning, the Season 4 opener ends with a doozy of a cliffhanger.

Question: Will Yara Shahidi’s Zoey be dropping by black-ish at all next season? Or will the Freeform spinoff college-ish be our only chance to see the character? —Rachel
Ausiello: “We’ll definitely see her” on black-ish, maintains series creator Kenya Barris. “We’ll see her the way that you see [any] kid who’s in school.” Translation: Zoey will pop in from time to time to visit her folks and siblings. Barris, meanwhile, confirms that Zoey will appear in the Season 4 premiere. “She’ll be there when we start,” he says, “and then she’ll go start her life.”

This AAnd That…
♦ MacGyver is adding a new female series regular in Season 2, a CIA operative named Carmen. And get this — the two of us share the same exact title:  Intel Extraction Specialist. What are the odds?!
♦ As I previewed on Instagram, Dame Carrie Coon of Leftovers and Fargo fame dropped by TVLine’s Big Apple offices this week to record a Dream Emmy-themed episode of The TVLine Podcast (premiering Tuesday, June 20) with yours truly. I basically spent the first 25 minutes gushing about her sensational work on both shows. And then we devoted the final five minutes to mutually raving about her Fargo co-star/sidekick Olivia Sandoval (aka Officer Lopez), who I’m ready to anoint the breakout star of 2017 (well, at least the first half of 2017). Speaking of Fargo, I can’t wait for Wednesday’s finale. And speaking of Wednesday’s finale…
♦ My colleague Dave Nemetz scored an early peek at the Season 3 swan song and he filed this tease-y report: “To steal the title of a non-Coen brothers movie: There will be blood. Multiple characters won’t survive the action-packed finale, as Nikki Swango’s cat-and-mouse game with V.M. Varga comes to a violent (and unexpected) end. Karma plays a big role in the finale, too, catching up with a few key characters and delivering some very just desserts. And be sure to put your phone down and give your full attention to the final scene: It’s AMAZING.”