THE PERFORMANCE | Say you had a friend unfamiliar with the caliber and breadth of Theroux’s work. You could try to explain to them that he’s a god among actors, a force of nature as powerful and unpredictable as a tornado. Or you could just sit them down and have them watch his HBO drama’s penultimate episode.

Though “The Most Powerful Man… ” is as screwy and surreal as its sorta prequel (Season 2’s classic “International Assassin”), it leaves no doubt that there’s nothing Theroux can’t do. Over the course of that single hour, he played maybe-Messiah Kevin Garvey as — and this is the abridged list — quirkily romantic (charming the bubbles off Nora in a bathtub flashback), utterly horrified (to realize that, in an alternate dimension, he’d won the American presidency for the Guilty Remnant) and, most movingly, at long last self-aware.

The moment in which Kevin — reading from the love story both he and his lookalike sibling had written (don’t ask) — realized that “they’d” sabotaged “their” relationship with Nora, Theroux plumbed depths of remorse so intense and heart-crushing that they had to be spread out over two of him. A truly dazzling performance… squared. 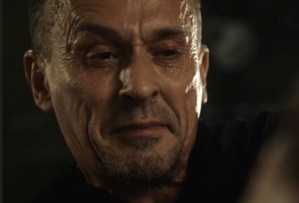 | Prison Break fans had expectations from Fox’s revival, but no one could have anticipated such a meaningful, and ultimately heartbreaking, arc for Robert Knepper‘s Theodore Bagwell. With T-Bag having just met the son he never knew, Knepper spent the finale playing brand-new notes for his well-established villain, as he embraced his progeny (pronounced “prä-jə-nē”). “It’s a glorious thing indeed, even if I don’t have a damn clue how to deal with it,” he told David/Whip during a father-son excursion. T-Bag, alas, would too soon learn the pain of a parent outliving a child, after Whip made an ill-advised run at A&W. As Whip used his last gasps to note his joy at putting a face to his father, Knepper’s eyes (and ours) dampened as T-Bag whispered, “Go easy, son,” then saw his boy fade. 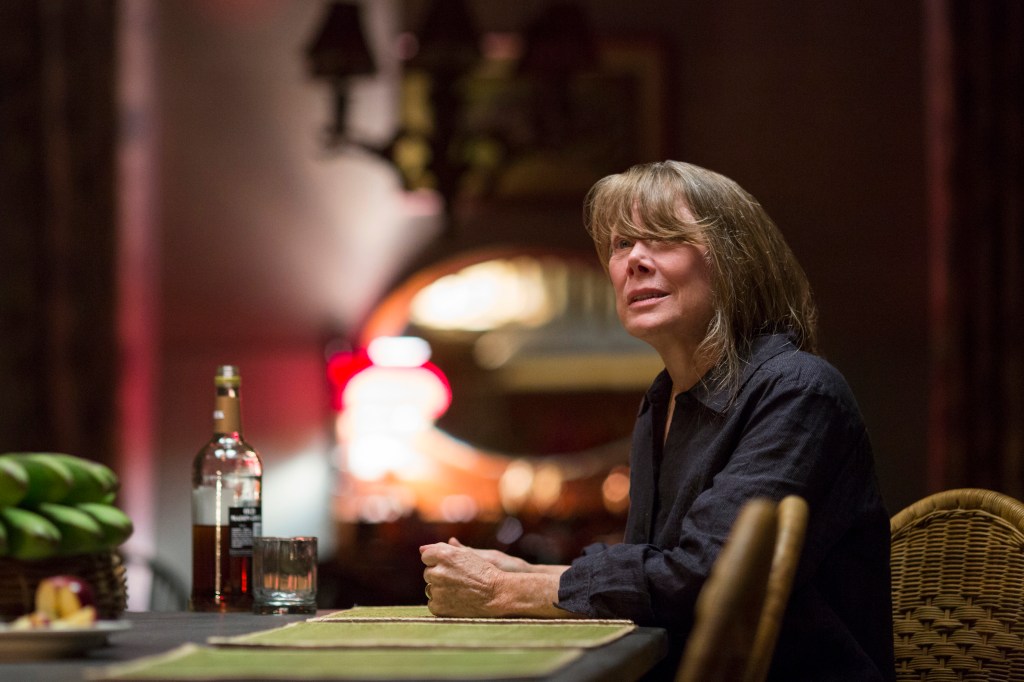 HONORABLE MENTION | For a majority of Bloodline‘s three-season run, Sissy Spacek‘s matriarch Sally Rayburn has been the calm amid an epic family storm. But all that changed in the series finale, when four-plus decades of secret-keeping and grief-suppressing finally, inevitably caught up with her. And Spacek tore into the material as if her life depended on it. “The sea takes everything,” a drunken and defeated Sally wailed, shortly after learning that her beloved Inn (and quasi-nest egg) was deemed worthless. “My children. My home… I wasted my life.” She then placed the blame for the death of son Danny and daughter Sarah on her eldest child, John. “You did this,” she seethed, Spacek’s voice filled with fury and anguish. “It’s your fault.” It was easily Sally’s worst hour. And one of Spacek’s finest. 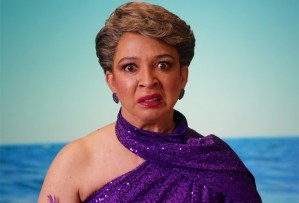 HONORABLE MENTION | After waiting seven long episodes for the truth about Titus’ cruise ship nightmare on Unbreakable Kimmy Schmidt, our patience was rewarded with a glorious appearance from Maya Rudolph as Grammy Award winner Dionne Warwick. Whether she was dispensing pearls of wisdom (“A wet baby corn is a singer’s best friend!”) or taunting a hungry Titus at sea (“Eat me! And start with my feet so my face can watch you choke!”), Rudolph proved to be the most delightful surprise of Season 3. But you don’t have to take our word for it — Warwick herself tweeted a picture of Rudolph’s impersonation, calling it “Actual footage of me,” followed by a hearty “well done.” Well done, indeed.