For those of you who’ve strolled Times Square and thought, “I liked this place when it was seedier,” have we got a teaser trailer for you.

In the video above and photos below, the series’ characters — played by a cast that includes Margarita Levieva (Revenge), Gary Carr, Lawrence Gilliard Jr., Emily Meade and Dominique Fishback — prowl trash-strewn streets, ogle peep shows, have shady dealings and are bathed in the neon lights of one of Manhattan’s biggest tourist attractions. And now, you’re not seeing double: Franco plays twins in the show.

Take a good look at the photos below (click on the images to see them larger), watch the video at the top of the post, then hit the comments: Do you think The Deuce is for you(ce)? 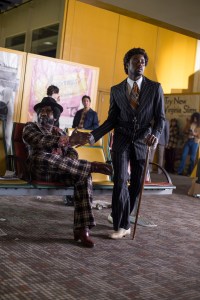 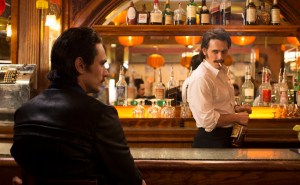 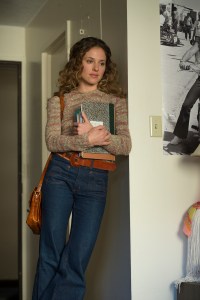