I devoted a good chunk of my extended Memorial Day weekend to devouring Season 5 of House of Cards, and much to my surprise, it was (mostly) time well spent. Below, 10 snappy judgments/musings in no particular order.

1. It almost always marks the beginning of the end for a series when its original creator moves on, so when Beau Willimon suddenly and inexplicably departed at the conclusion of Season 4 and passed the showrunner reins to EPs Melissa James Gibson and Frank Pugliese, my Gilmore Girls/West Wing baggage was wheeled out of the closet. Consequently, I entered Season 5 with low expectations — and was rewarded for it! By Episode 4 or 5, the “Willimon would never do that” voices in my head grew fainter, and I began clipping through Season 5 as I have every other season: by being alternately riveted and frustrated. Basically, it looks and feels like the same flawed yet addictive series it’s always been. Props to Team Gibliese for keeping the bar steady. 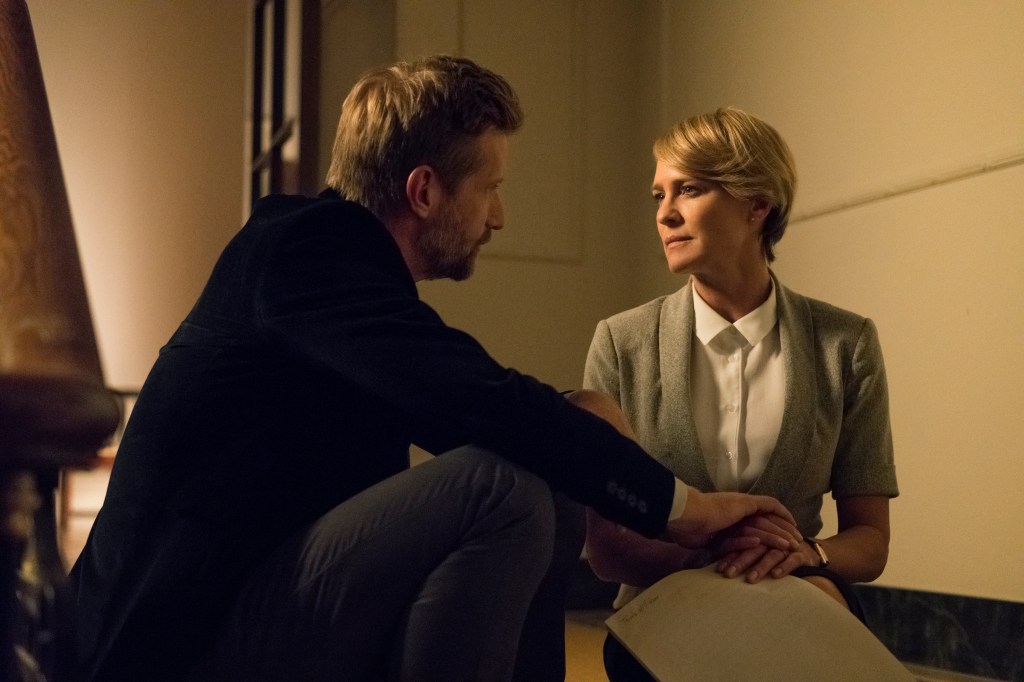 2. Not sure which plot twist I found more problematic/disappointing: Tom shtupping the White House tour guide in the press room or Claire murdering him. Also, was anyone else expecting the final shot of Season 5 to be a publisher opening up an envelope containing Tom’s manuscript?

3. Frank pushing Catherine Durant down a flight of stairs just moments before she was supposed to testify in front of the Senate committee was too ridiculous and campy even for this show. That said, it made me laugh.

4. Claire’s regal gait continues to resonate with me in a deeply profound way.

5. I’m happy someone is paying for Zoe’s murder, even if it’s not the actual perpetrator (i.e. Frank). 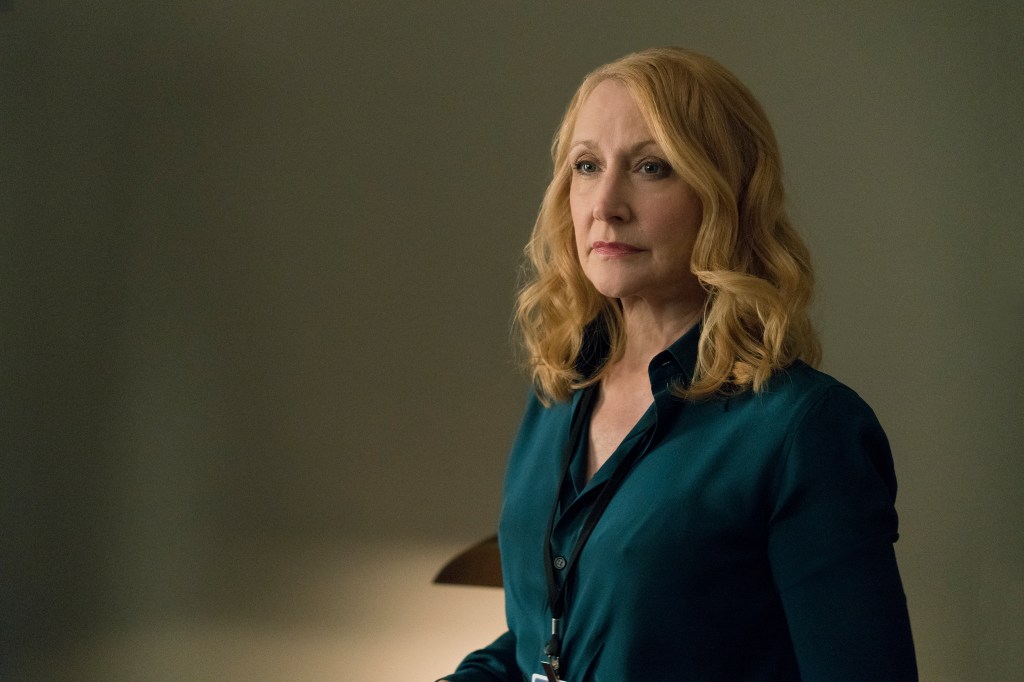 7. Where exactly did Patricia Clarkson’s “Deputy Undersecretary of Commerce for International Trade” Jane Davis come from? And how did she so quickly become immersed in everyone’s lives and storylines?

9. The show’s remedy for keeping Frank and Claire from getting their comeuppance – just kill off any threats — continues to be one of its chief flaws. It’s too easy, and it undercuts the drama (see also: Neve Campbell’s poor Leann Harvey).

10. There is no plausible way Michael Kelly’s Doug Stamper can continue to be a presence on the show moving forward. Unless Frank becomes his cell mate in Season 6.

11. Loved the final shot and the promise of a Claire-focused Season 6.