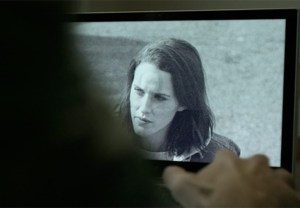 Warning: The following story contains spoilers about Season 3 of House of Cards. Proceed at your own risk.

I know House of Cards‘ third season left some fans feeling as cold as Claire Underwood’s average body temperature, but I, alas, was not one of them.

With the exception of the tedious, suspense-deprived, Doug-centric premiere, I found Season 3’s obsession with foreign affairs, gay rights and campaign dramaturgy to be endlessly watchable. I welcomed all of the new blood, particularly Boardwalk Empire vet Paul Sparks as Frank’s quasi-biographer/man crush Thomas Yates, with open arms. And I was particularly engrossed by the slow deterioration of Frank and Claire’s unholy alliance of convenience.

That said, I had one pretty big bone to pick with Season 3, and it concerned the death of Rachel Posner at the hands of Frank’s top lieutenant Doug. Below, I present my case to series creator Beau Willimon, and he responds.

TVLINE | I was not happy about Rachel getting killed off.
Well, let me ask you, were you not happy in that emotionally it was just a punch in the gut, but you felt like, ‘Oh, that’s where the story had to go?’ Or did you think we made a mistake with the storytelling?

TVLINE | Both. I loved that character, and I felt like it added a lot of heart to the show. So it sucked to see her go. But it also frustrated me because I feel like the three biggest threats to Frank’s career — Peter, Zoe and now Rachel — have all been murdered. If someone gets too close to destroying him, Frank just has him/her killed. It feels too easy. And it undermines the suspense, because you assume the next big threat he faces will just be disposed of too.
This is something that we debated about a lot. Up until just before filming the finale, there was still a debate as to whether Doug should go through with it. But, ultimately, we arrived at our own moment of truth, which is Doug’s moment of truth. If Season 3 was about his recovery — physical and emotional — the [goal] of the recovery, for him, was getting back into [Frank’s] inner circle… And the only way to do that was to for him to tie up this loose end that had been plaguing the Underwoods for the bulk of three seasons, and become a brother in blood with the man that he is willing to make any sacrifice for. If he had not killed her, then he would be reverting back to where he was in Season 2, where he was not being entirely truthful about Rachel, where he was not getting the job done. And he and [Frank] paid a price for that.

So what felt difficult about it for us is that we invested so much into finally seeing Doug’s humanity. How do we reconcile that humanity with his willingness to commit murder? But all of us are a bundle of contradictions, and the big contradiction for Doug at the end of the that season is… here’s a man who has gained access to his own humanity in ways that he hasn’t before or for a very long time, and yet his deeper need is to get back by Frank’s side.

TVLINE | I get that part.
You think any time someone presents a problem to Frank, he kills them? First of all, that’s not true. We’ve had three seasons, and there’ve been three deaths. Far more people are alive than dead. And I would not say that the only threat to Francis Underwood is Rachel Posner by any stretch of the imagination. If you really think about it, there are plenty of threats, and they are mounting by the day.

TVLINE | I love the character of Frank, but I want him to pay. He’s a murderer.
I think that is great. And that might be one of the reasons some people responded differently to Season 3 than they did to Seasons 1 and 2, because we really wanted to explore that sort of conflict. I mean, for Seasons 1 and 2, despite Frank and Claire’s nefarious acts, for the most part, a lot of people unapologetically rooted for them. That’s getting harder, you know? And it’s getting harder for two reasons: One, precisely the sort of reaction you had to Rachel Posner’s death — it’s a bitter pill to swallow, especially when you’ve been rooting for Doug all season. At the same time though, in Season 3, you’re seeing Frank and Claire more human than they’ve ever been. You’re seeing the pressures of the White House take their toll on the Underwoods in ways that make them more sympathetic, and yet they’re also twice as ruthless. So how do you reconcile that? And the fact that you can’t is an interesting, dramatic place to be.

And so that can lead one at the end of Season 3 feeling in a state of flux. At the end of Season 2, a guy has achieved the Oval Office. Rapped his ring on a desk, and you get to go — voilà — he did it; you can celebrate that. At the end of Season 3, you cannot have that celebration. And if we had just constructed the season in such a way where you got another ring-tap on the desk, one, we would’ve been repeating ourselves, and, two, it would’ve been false to the reality that we created, which is one fraught with threat, pressure, and internal strife. 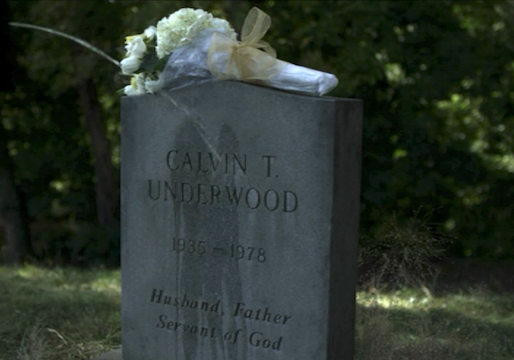