Season 2 of Sundance’s Top of the Lake is set at the shore, but as these new photos released Monday can attest,it’s by no means the TV equivalent of a summer beach read.

Top of the Lake Season 2 Photos 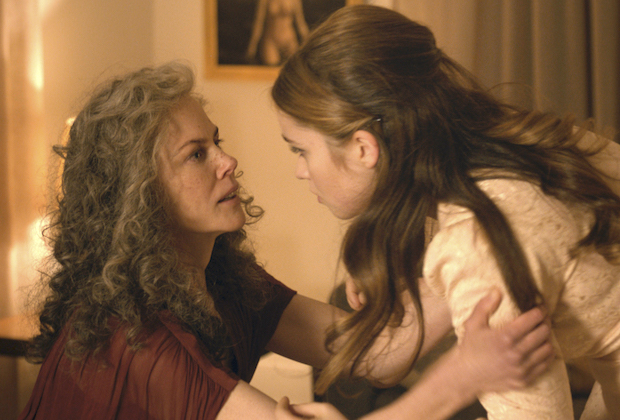 The return of the Australian Jane Campion crime drama finds police detective Robin Griffin (Mad Men‘s Elisabeth Moss) coming back to her job after the traumatic events of Season 1. Her first case back involves a dead Asian girl whose body, encased in some luggage, washes up on the beach. As she and colleague Miranda Hilmarson (Game of Thrones‘ Gwendoline Christie) investigate, they wind up at a disturbing brothel.

Also unsettling: The daughter Robin gave up for adoption is now a teen named Mary, and as the two get to know each other, Robin becomes increasingly worried about the kind of male company Mary’s adoptive mother — played by Big Little Lies‘ Nicole Kidman — keeps.

In the new photos, Miranda seems to find a clue among the sun worshippers on a sandy shore, Robin sobs and drinks, and Kidman’s Julia pulls her kid close as if to make an important point. We also get an update on Tui Mitcham, the 12-year-old whose disappearance was at the center of the drama’s first season.

Top of the Lake: China Girl will premiere in September on the cabler; episodes will be available on Hulu a day later.

Flip through the gallery above — or go directly to it here — to get a good look at Moss, Kidman and Christie doing their thing.