We’ve got questions, and you’ve (maybe) got answers! With another week of TV gone by, we’re lobbing queries left and right about shows including Agents of S.H.I.E.L.D., Prison Break, Chicago Fire and Supernatural! 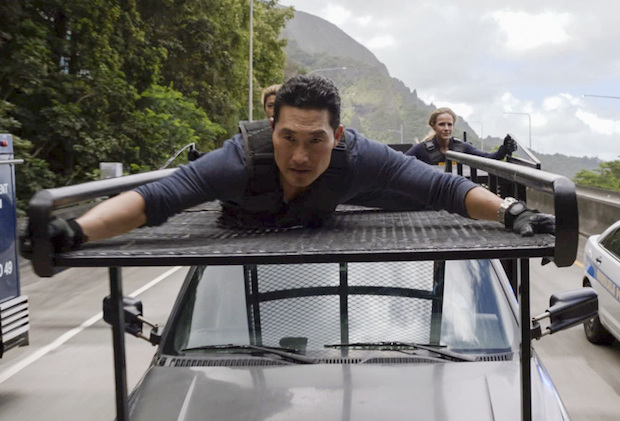 broadcast TV series doing daylight action/stunt sequences better than Hawaii Five-0? Or as regularly and with such scale?

2 | Once Upon a Time fan JR asks: “So Emma has been paying rent in downtown Boston for however many years…? Being a Savior must pay better than I expected!” Also, with Henry now living in Seattle, can we eventually expect a 3-way crossover event with Grey’s Anatomy and its firemen spinoff?

3 | On American Gods, wasn’t it tough to believe that all of those bank customers would’ve handed over their cash to Wednesday without checking into his story?

4 | The Leftovers is really fond of penis, huh?

5 | Don’t Veep‘s Catherine and Marjorie have more suitable men in their lives to donate sperm than Selina’s motley crew of staffers? 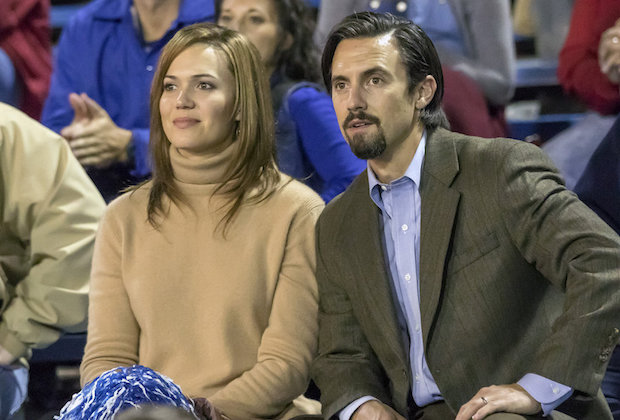 6 | How badly is NBC rooting for the Pearson family’s favorite team, the Steelers, to make it to next year’s Super Bowl? #ThisIsCrossPromotion

7 | Did Supergirl‘s Cat (played by Calista Flockhart) and Rhea (Teri Hatcher) ever settle on which of them deserves the title of “queen,” or is that still up for debate? (Also, can Flockhart become a series regular again? Pretty please?)

8 | Can anyone watching Jane the Virgin honestly say that they care about the Sin Rostro storyline at this point?

9 | For which thwarted Quantico couple were you cheering harder: Shelby/Clay or Owen/Miranda?

10 | Why did Freeform have to cancel Baby Daddy just as Emma was starting to talk/reach Olsen Twin levels of cuteness? 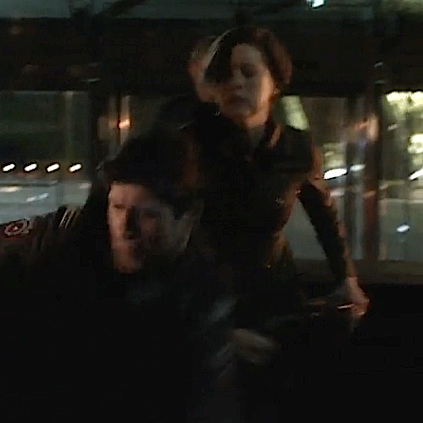 11 | When did The Flash‘s Barry (as Lyla) learn hand-to-hand combat? And wouldn’t he have moved a lot quicker?

12 | Would Prison Break‘s Sarah really leave son Michael with Jacob as she raced to Greece, seeing as her husband only recently (and barely) assuaged her double-crosser concerns? Also, has the revival’s location shooting been surprisingly effective?

13 | Considering iZombie‘s Major and Liv recently slept together, wasn’t it jarring to see Major so OK with Justin pursuing his ex-girlfriend?

14 | Did any Chicago Fire viewers feel any sympathy for Cruz? Did he forget it was his own actions, not Mouch, that got him into trouble in the first place? 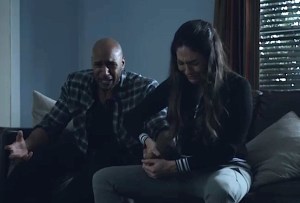 would Mack’s Framework dilemma have been more gripping had the show developed his relationship with Yo-Yo more? And as amusing as they were, did Coulson and May’s repeated “bottle of Haig” convos undercut the finale’s tension some?

16 | Quick Handmaid’s Tale poll: Do you think Luke is really alive or not?

17 | If Arrow‘s Chase just wanted to leverage Oliver’s loved ones for his own freedom, why did he surrender in the first place last week? Also, had you forgotten that Quentin wasn’t wise to Earth-Two/doppelgangers yet?

18 | Blindspot fans, how badly did it distract you when Keaton kept pronouncing “nuclear” as “nucular” during the finale? Also, wasn’t Patterson’s breakdown about staying at the FBI resolved a little too quickly?

19 | Chicago P.D. viewers: If you never see Bunny again, will it be too soon?

20 | With only Lily and Joe left as “kids,” will Modern Family find a Cousin Oliver-y way to introduce a new rugrat? And could it have been more obvious that Haley and Alex would wind up blubbering at the graduation? 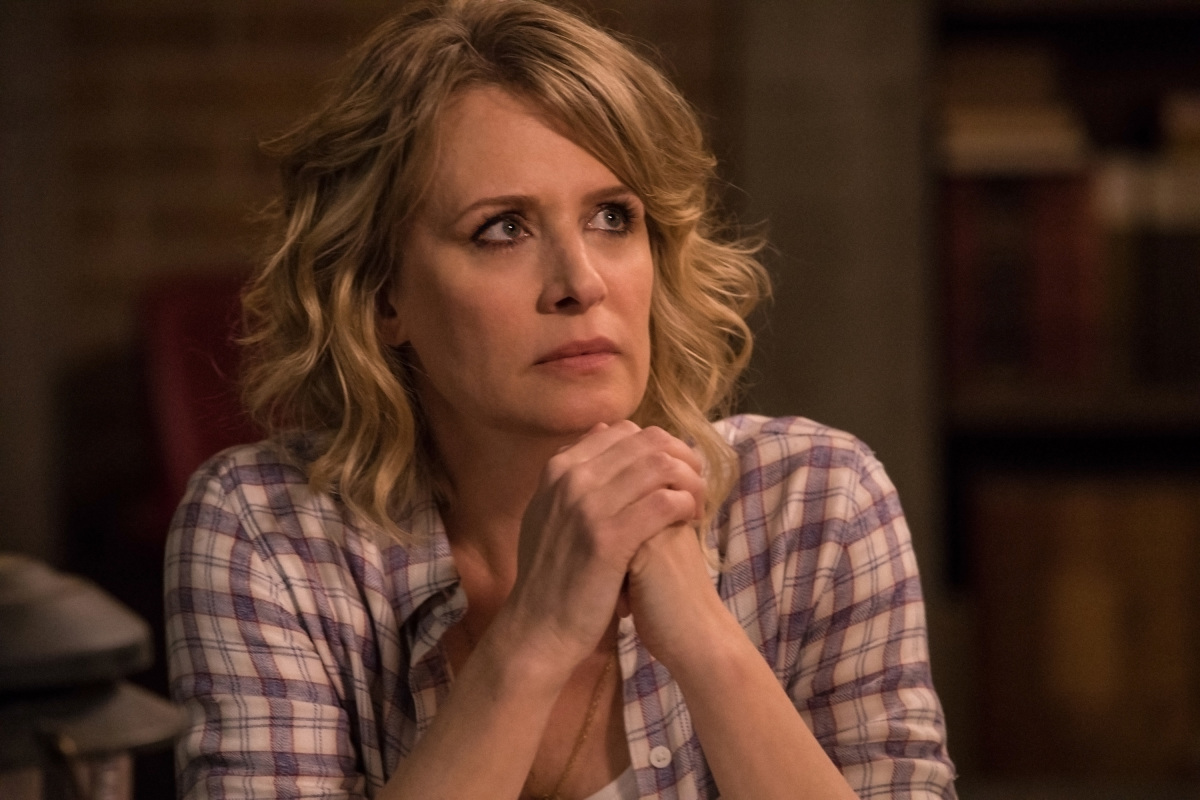 22 | Are you shocked that Supernatural‘s Mary actually survived the season?

23 | How many Grey’s Anatomy fans are thinking that, because we didn’t get a look at Megan’s face in the finale, the redhead on the gurney is going to turn out to not be Owen’s sister? Was Ben’s derring-do during the Grey Sloan blaze his audition for the firefighters spinoff? And why was Leah brought back this season to do… nothing? Lastly, no follow-up to the Alex/Jo storyline? Seriously? 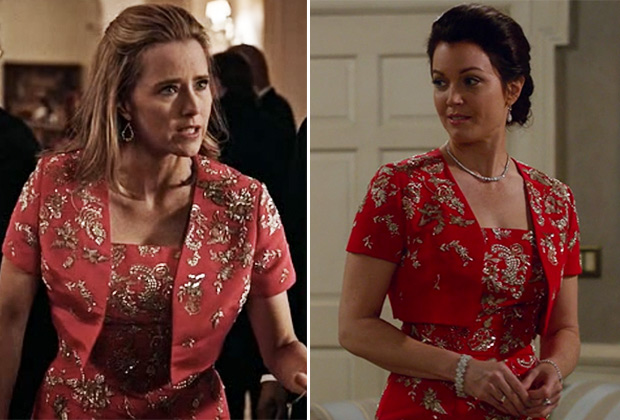 24 | Who wore it better: Madam Secretary‘s Elizabeth or Scandal‘s Mellie?

25 | Wasn’t The Blacklist‘s Tom way too casual about opening that suitcase in a public place, considering it contained a human skeleton? Also, once you saw Mr. Kaplan remove a guy’s eyeball from its socket, weren’t you kind of relieved the show is moving to 8 pm next season?