Well, that was a wild and unexpected ride, Supernatural.

D-Day — as in the day Kelly delivers Lucifer’s spawn — finally arrived during the show’s Season 12 finale on Thursday, bringing with it plenty of death and an otherworldly twist.

But before the potentially evil nugget could be brought into the world he might one day destroy, there was the matter of the British Men of Letters to deal with in the first half of the two-hour finale event.

* The Winchesters’ captivity in the bunker, at the hands of the Brits, lasts a couple days. With the air growing thinner, the boys (with Toni’s help) try everything from a spell to Shawshanking their way out. Then inspiration strikes Dean after he admits to his brother that he imagined them going out Butch and Sundance-style: He successfully blasts through the cement wall with a mighty explosive grenade launcher.

* Mary is killing hunters, and next on her list is the beloved Jody Mills. But with some help from Alex, Jody is able to knock out and restrain Mary just in time for Dean and Sam to show up and step up. Sam, having earlier lamented that he followed the British Men of Letters because it was easier than leading, gives his fellow hunters a rousing speech about fighting until the Brits are dead. 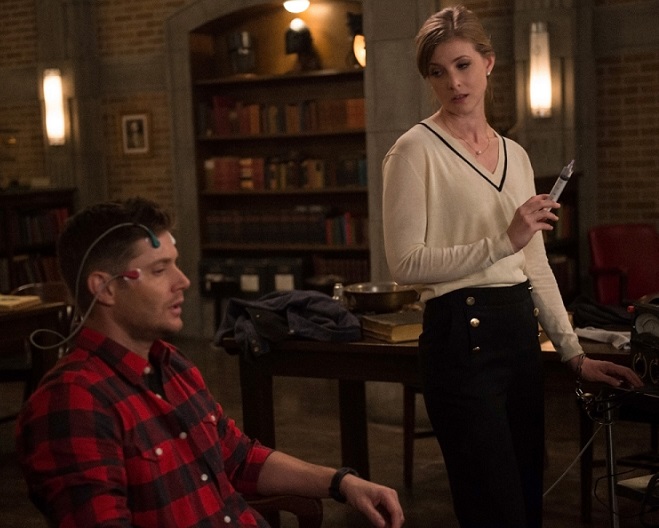 * Dean turns to Toni for help getting inside brainwashed Mary’s head. She acquiesces because, at this point, she’s not on anyone’s side but her own. The trip into Mary’s mind turns into a very cathartic, long overdue therapy session for Dean, in which he confesses that he hates his mom. “You lied to me. I was a kid. You promised you’d keep me safe, and then you make a deal with Azazel,” he tells her. Dean goes on to list all the terrible things that happened after that because of her: John becoming a shell of a man, Sam losing his soul, etc. “I hate you,” he tearfully declares. “And I love you. Because I can’t help it. You’re my mom.” And having made some questionable deals of his own to save the ones he loves, Dean finally adds, “I forgive you. For all of it. Everything.” But just as Mary finally acknowledges his presence, Ketch rips the electrodes off Dean’s head. During the fight, Ketch slits Toni’s throat, and Mary, back to her old self, eventually shoots him dead. 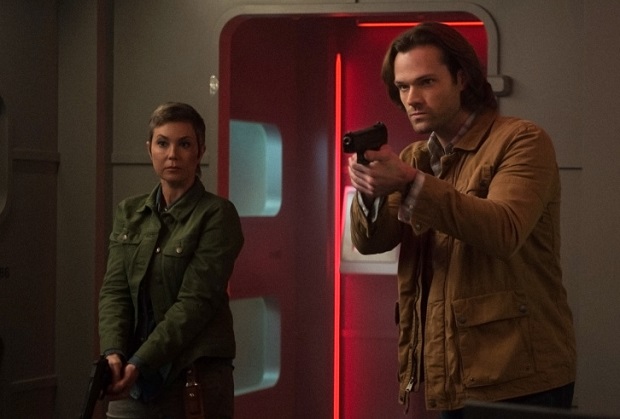 * Meanwhile, Sam leads the hunters into the BMOL’s headquarters, where Dr. Hess tries to make a last-minute appeal to Sam by showing him pictures of Lucifer out and about. She argues that Sam needs the Brits to defeat the devil. (No, this is how you got into this mess in the first place, Sammy!) Thankfully, Sam passes, then Jody shoots her in the head, and they blow up their HQ. With that, Hour 1 wraps up with a Winchester family reunion of forgiveness. Moving on to the devil and his bad seed…

* Dean decides they need Rowena’s help to put Lucifer back in the cage, but Luci already got to her first and killed her. (R.I.P., Rowena). Crowley pops in to propose a deal to the Winchesters because he knows to bet on the “big, beautiful, lumbering piles of flannel” when the world is at stake. After they put Lucifer back where he belongs, Crowley promises to seal the gates of Hell.

* As Kelly goes into labor, her child’s impending birth creates a tear in space and time, opening a doorway to an alternate, post-apocalyptic reality where Bobby is alive! He doesn’t recognize Dean and Sam, but he does know of John (who’s dead here, too, boo!) and Mary Winchester. Cas explains that this is a world where Sam and Dean were never born, so they never saved it. 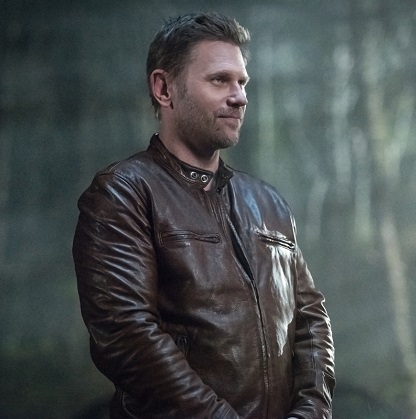 * When Lucifer shows up for his second stab at the apocalypse, Dean and Sam give him what he wants by luring him to the alt reality. “Say hello to my little friend!” Dean exclaims, riddling Lucifer with angel-killing bullets (that, ultimately, don’t work). Meanwhile, Sam and Crowley work on a twofer of a spell to send Lucifer back to Hell/close the gates, but healing the rip between worlds requires a life — and Crowley offers up his own. Cas shows up and safely makes it back home with Dean and Sam… that is, until he gets stabbed by Lucifer. Dean is left standing over his friend’s lifeless vessel in shock. (This finale is just a bloodbath, isn’t it?)

* Mary finally gets her chance to punch the devil, but the scuffles causes them both to fall into the rift, which then closes up, leaving them stranded in the alt world.

* Kelly dies in childbirth, after which Sam discovers her already adult-sized, yellow eyes-sporting son huddled in the corner totally not looking creepy. Bring on, Season 13!

Supernatural fans, what did you think of the season ender? Grade it via the poll below, then hit the comments to back up your pick!