NBC has unveiled its fall 2017 schedule, along with previews for its upcoming series, including the highly anticipated Will & Grace revival and the Edie Falco-fronted Law & Order True Crime: The Menendez Murders.

Here at TVLine, we immediately jumped at the chance to screen each trailer — some of which are available here; others were only shown to members of the press at the NBC Upfront on Monday — and we’re ready to divulge our totally unfiltered, brutally honest snap judgments. (FWIW: Trailers for midseason entries Good Girls and Reverie have not yet been made available to anyone — not even us.) 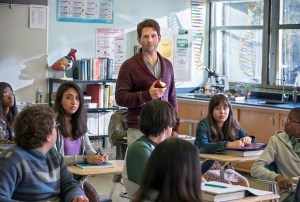 A.P. BIO (Midseason)
AUSIELLO | I would watch the immensely charming Glenn Howerton in a reboot of Cavemen. And I would love it. In other words, count me in.
MITOVICH | The conceit (disgraced Harvard prof fakes teaching biology?) seems like a leap, but the idea of an anti-Dead Poets Society is oddly appealing.
SWIFT | I love everyone involved, so I hate to say this, but the trailer feels more like a Saturday Night Live parody then an actual show to me — and Vanessa Bayer’s presence isn’t quieting that little voice in my head.
GELMAN | This looks like a good matchup of actor and character. But is anyone else wondering how those kids are going to pass the A.P. test at the end of the year? 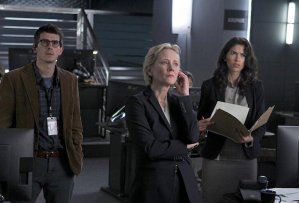 THE BRAVE (Monday at 10/9c) [WATCH TRAILER HERE]
ROOTS | Military dramas generally aren’t my cup of tea… and this trailer doesn’t change my mind. Also, doesn’t it seem like the promo gives away the premiere’s ending?
SWIFT | Halfway through, I asked myself, “Didn’t NBC already do this with American Odyssey?” (Important note: I never actually watched American Odyssey — nor will I watch this.)
NEMETZ | The rah-rah patriotism in this military hostage drama made me roll my eyes more than once. It’s like Homeland, without the three-dimensional characterizations that make that show work.
SCHWARTZ | I can’t stomach this in the current political climate, but I’m sure it’ll be a hit. 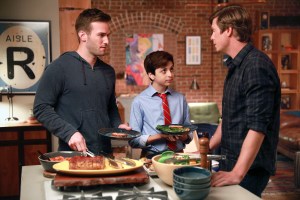 CHAMPIONS (Midseason)
AUSIELLO | We’re getting a third season of The Real O’Neals after all?
MITOVICH | I feel like I’ve seen every element of this show before, elsewhere. Hope the child actor is more careful with his first Vulture interview.
SWIFT | No one’s reinventing the wheel here (holy gay stereotypes, Batman!), but given Mindy Kaling and Anders Holm’s collective history of making me laugh, I’ll at least give it a shot.
SCHWARTZ | J.J. Totah, who plays the teenage son to Anders Holm and Mindy Kaling’s characters, is going to be a breakout star. 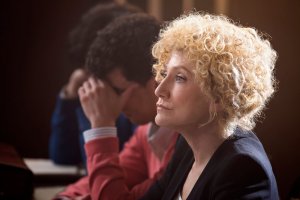 LAW & ORDER TRUE CRIME: THE MENENDEZ MURDERS (Thursday at 10/9c) [WATCH TRAILER HERE]
MITOVICH | Trying so hard to be People v. O.J. Simpson, and a prestige lead actress in a distracting wig doesn’t help. And will people care quite as much?
ROOTS | Anyone else feel really jarred by that “chung chung” at the end? That said, true crime tends to suck me in, and I will probably watch the hell outta this show.
SWIFT | I’ll give it a shot (sorry) for Falco, but the beautiful imagery in the trailer feels a little disconnected from the Law & Order of it all. #IdentityCrisis
NEMETZ | Falco as the Menendez boys’ frizzy-haired defense attorney is a big plus, but the trailer for this transparent attempt to ride the People v. O.J. true-crime wave looks more exploitative than insightful. 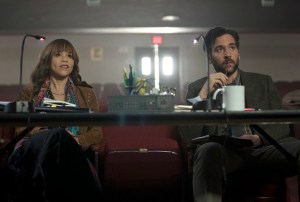 RISE (Midseason)
AUSIELLO | Clear eyes, full hearts, count me in!
MITOVICH | “Glee meets Smash” seems a crowdpleaser, but the “Let’s Recruit the Star Football Player!” hook is going to bog it down with such comparisons.
GELMAN | Am I back in Dillon? Thank goodness.
SCHWARTZ | No offense to This Is Us (which I adore), but I’m betting on this show to actually fill the Parenthood-sized hole in my heart. 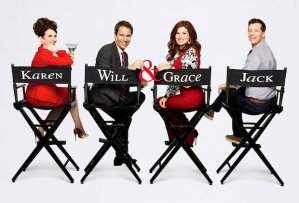 WILL & GRACE (Thursday at 8/7c) [WATCH TRAILER HERE]
AUSIELLO | They say Hollywood is out of original ideas, and I say THANK GOD BECAUSE OMG WILL & GRACE IS BACK!
ROOTS | Call me sentimental, but I did always love me some Karen and Jack. I’m in.
SWIFT | To borrow a phrase relevant during Will & Grace’s original run, this is all that… and a bag of chips. [Insert triple snap.]
NEMETZ | Jack and Karen, I’ll love you forever… but what the hell is this? A meta commentary on sitcoms? A musical? Or a straight-up revival? This confusing, belabored trailer just reinforces my belief that W&G should’ve stayed in the ’90s.