When the month of May rolls around each year and the broadcast networks brace to unveil their rejiggered lineups for the fall, panic ensues among both those who consume TV and those who aim to make money from it.

Because at the end of the day, it all comes down to ratings, the “Nielsen numbers” that can make or break a show’s — and network’s — season.

As you try to process why your favorite show failed to earn a renewal, TVLine reached out to a media professional and a network research exec for answers to some frequently asked questions. 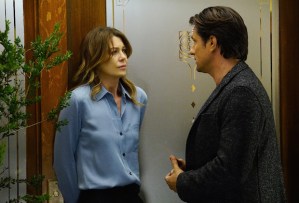 THE 18-49 DEMO BECOME SO IMPORTANT? | Because ABC once said it was…? Back in the 1960s, ABC — a decade or so newer to the TV game than rivals CBS and NBC — “couldn’t compete on total viewers,” explains an experienced media professional at a global ad network. “But ABC noticed that its shows” — American Bandstand included — “drew many more younger viewers, so they started bragging that they had more young, and therefore cool, people than any other network. That caught on, and People 18-49 became the most ‘sought-after’ demo.”

IS THE 18-49 DEMO STILL IMPORTANT? | Yes, though one could argue it’s “by default,” dating back to ABC’s aforementioned masterful bit of spin. Further bolstering the demo’s perceived desirability is the old adage that viewers age 50-plus, though they have money, are more cemented in their buying patterns and brand preferences (and thus are less susceptible to a sales pitch). More inarguable is the fact that the 18-49 demo represents one of the largest population cohorts — about 132 million people.

It’s also critical to note that the demo (18-49 for entertainment programming, while local stations tend to target 25-54) matters to the networks only because it matters to those placing the commercials. “It’s all based on what the advertisers come to us to buy,” a veteran network research/scheduling executive tells TVLine. Seeing as the bulk of eyeballs come from live/DVR viewing, which tends to skew older, “We’d be happy to sell on 50-plus!” the exec says with a laugh. “But it’s not what advertisers are looking for.” Though maybe they should, the media professional wonders, “especially these days where 70 is the new 40.”

BUT SURELY TOTAL AUDIENCE COUNTS FOR SOMETHING…? | CBS, for one, will drive home that point during Upfronts, where for the ninth consecutive year (and 14th out of the last 15) it can tout itself as “America’s Most Watched Network.” 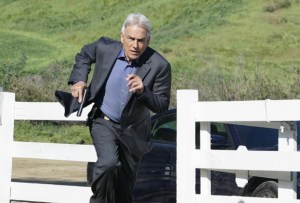 And many on the network side subscribe to the argument that by targeting/buying 18-49, advertisers are basically getting a bunch of older, TV-loving viewers for “free.” But the fact remains that when Upfront deals actually get done in June, “Not one penny is guaranteed for entertainment programming on teens, kids, households, total viewers or 50-plus,” the network researcher notes. The media professional echoes that, saying, “People [age] 2+ has little meaning these days when precise, data-driven audiences are the norm.”

WHAT ARE “C3” AND “C7” RATINGS? | Those measures, versus the Live+Same Day ratings you see reported on TVLine and elsewhere, are what media buyers actually look at when they go shopping. The more-regarded C3 rating, measuring the average viewership of all the commercials airing within a program, is nowhere close to the Live+3 DVR number a network may tout, but instead is typically a bit higher than its Live+Same Day rating. (Read more at our sister site Variety.)

DO DVR/STREAMING NUMBERS MATTER MUCH? (YET?) | “Most viewing is done either live or a live derivative” (meaning via DVR playback), “so for C3/C7, that is what we sell the bulk of our advertising on,” shares the network researcher. Video on demand (VOD) gets counted within C3/C7, while streaming via, say, Hulu, does not, though the networks make money there differently, through ads and sub fees. “The days of us being a single revenue stream business, which was all linear ad sales, are long gone,” the exec notes. “We’re getting better and better at monetizing wherever people are watching.”

CAN THE PROSPECT OF SYNDICATION STILL ‘SAVE’ A SHOW? | “Not the way you’re thinking about it traditionally,” where a middling third-season series might be cut some slack in the name of amassing a meaty syndication package of 88 episodes, says the network researcher. Instead, strong international sales are more likely to save a show’s bacon these days, or landing a sweet SVOD deal (basically the modern version of syndication). Strong digital performance also can make up for soft linear numbers. “There are a bunch of things we can look at, different downstream revenues, to save a show.”

DO A NETWORK’S LOWEST-RATED SHOWS ALWAYS LOSE OUT? | As illustrated on occasion during the pre-Upfronts renew/cancel rush, that is not always the case. “If a show is near the bottom, it’s going to be [a matter of looking at] all that ancillary revenue,” 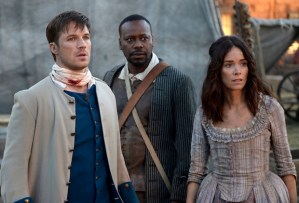 says the network researcher. “Does this show have a life that those numbers aren’t reflecting? Is it an international success? Is it a digital success?” (This is also where a network not fully owning a show, and thus having less to gain from potential longterm success/syndication, comes into play.) “It all comes down to, ‘Which show is the better business?'”

IS THE INDUSTRY SATISFIED WITH NIELSEN’S NUMBERS? | “No one is satisfied with Nielsen,” states the media professional, and not just because the (recently increased) sample size is considered small, but because today’s wide variety of viewing behaviors “are not being captured.” While Nielsen is working to provide better cross-platform measurement, other companies are struggling to enter the mix, with set-top box monitors and such — “but their success is far from guaranteed,” the media professional says.

ARE DIMINISHING BROADCAST RATINGS REACHING A CRISIS POINT? | Not as far as Madison Avenue is concerned. Meaning, you shouldn’t expect to see ABC, CBS et al out panhandling anytime soon. Because while almost all of the broadcast networks are on pace to average below a 2.0 demo rating this TV season, that actually means that every fraction of a point is as coveted as ever. “If there are fewer rating points to buy, but the demand is high – those rating points are worth more, because there are fewer of them,” says the media professional. So even if TV Show A is down 15 percent from last season, buyers might still end up paying more for it than a year ago. “It’s really Econ 101!”