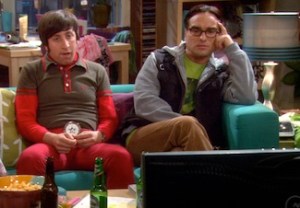 Nielsen — aka “the ratings people” — has announced a plan to increase the number of sampled households by a “significant” measure over the next two years.

Among the Local People Meter markets — that is, households that report viewing habits in part by using electronic “people meters” — Dallas, Washington, D.C., Houston, Miami and Denver will see an increase of 200 homes this year, while Charlotte, St. Louis, Chicago, Philadelphia, San Francisco, Boston, Atlanta, and Phoenix will each add 200 homes in 2015.

The two largest Local People Meter markets, New York and Los Angeles, will have their sample sizes increased by 300 homes next year, to about 1,300 apiece.

The above changes represent on average a 30 percent increase in sample size.

In the 31 Set Meter markets — those in which TVs are hooked up to a gizmo that allows the study of viewing habits on a minute-to-minute basis — Nielsen over the next two years will expand the sample by 200 homes in each market, or to more than 6,200 homes — an increase of almost 50 percent.

Have you ever been a Nielsen family? How did that work out for you?