How will Arrow‘s finale deliver a “double whammy”? Can Once Upon a Time‘s Rumple survive another test? Which Chicago Fireman is getting a new adversary? Read on for answers to those questions plus teases from other shows.

I am excited to have Katie Cassidy coming back to Arrow (on May 17), Black Siren is a badass villain. What can we expect? —Diana
You can expect… badass villainy. “She comes back as part of Chase’s plan,” says co-showrunner Wendy Mericle. ” Chase knows exactly what he’s doing, and he understands how unsettling seeing somebody that looks like Laurel Lance is going to be for the rest of the team,” her “dad” Quentin included. “And from a writing perspective, it’s just fun storytelling. Katie Cassidy does an amazing job as Black Siren, and seeing her take on Dinah, or her take on Lance, is going to be fun.”

This will be the first Arrow season finale that does not take place in Starling City. Can we expect the same kind of intense fights, or will this be more of an emotional showdown? —Nicole
“Both,” answers Wendy Mericle. “One of the fun parts of having Prometheus and Oliver going toe-to-toe this season has been they’re both really great fighters, but by the same token, Prometheus is a tremendous psychological villain and he’s going to hit Oliver right where it hurts. That’s going to be a double whammy for him in the finale.”

Can I get any scoop on Chicago Fire‘s Kelly Severide? _Caylynn
In addition to grieving Anna’s death, the firefighter will soon have a new (adversarial?) colleague when Casey’s buddy Kannell joins the Firehouse 51 team. So will the two men get along? “Severide, as he is with anyone, you gotta earn his respect,” executive producer Derek Haas says. “So that’s going to be part of the story.” 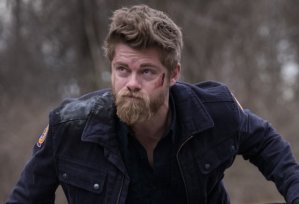 tease about Blindspot‘s Roman, for this Luke Mitchell fan? Please? —Susan
As the season winds down, “Roman and Jane’s relationship is about to be tested like never before,” series creator Martin Gero tells Inside Line. “It’s going to make for a thrilling last few episodes of the season.”

Are we ever going to find out why Once Upon a Time‘s Black Fairy wants to kill Emma? She’s got Rumple back in her life. Why does she still need Emma dead? —Mary
“Just because Rumple is back in the Black Fairy’s life, that doesn’t mean a happy ending is guaranteed,” series co-creator Adam Horowitz notes. “Let’s face it — when darkness wants to prevail for all eternity, destroying light is usually on top of your to-do list.”

Love Inside Line, but desperate for some scoop on Once Upon a Time‘s Rumbelle. Is there a happy ending in sight for The Golds? —Iz
As one might surmise, given Rumple’s betrayal of the heroes and his and Belle’s desire to save Gideon, “Belle and Rumple are going to be tested,” says co-showrunner Eddy Kitsis. “Everything that they ever wanted is going to be very temptingly close for Rumple. But like everything, it comes with a price.” The season finale’s titular Final Battle “will be thematic for everybody,” Kitsis added, “and Rumple, as a man who is a difficult man to love, will have a very difficult choice to make again.”

Will the black-ish spinoff starring Yara Shahidi make it to the 2017-18 TV season? —Max
That and other possible new series orders will reveal themselves in the coming days, as Upfronts Week kicks off Monday, May 15 (with NBC and then Fox), followed by ABC (Tuesday), CBS (Wednesday) and The CW (Thursday morning). 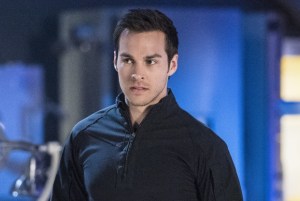 see Supergirl‘s Mon-El in a super suit? —Jen
T’would be nice to see the boy do his thing not in street clothes, and ideally by the Season 2 finale. When we delivered your Q to showrunner Andrew Kreisberg, he answered, “I can’t say right now, but I wouldn’t be surprised if one day you got to see that.”

Any scoop regarding Elementary? — Jordan
Trying to take down SBK isn’t the only thing on Sherlock’s mind. This Sunday’s episode also introduces Joanna Christie (Narcos) as “a woman who, once upon a time, meant a great deal” to the P.I., executive producer Rob Doherty shares. In fact, the mystery lady is so significant that “her resurfacing is going to disorient” Sherlock during the investigation.

Any last teases for the Criminal Minds Finale? I am excited/nervous that [REDACTED] has returned! —Leigh
Criminal Minds still has a few spots left to fill on the May Sweeps Scorecard…..

When will Halt & Catch Fire‘s final season start up? I can’t find any hard date, thank you! —Phil
No exact date has been announced by AMC yet, but you can count on a summer premiere.

I’m a vet and really enjoy The Last Ship. When will it return to TNT? —Paul
I am hearing that despite the production hiatus (which pressed pause on shooting the 2018 season), Season 4 is still set to debut this summer, exact date TBA.

Any clues on NCIS season finale storyline? —Amber
During our May Sweeps/Finale Preview Q&A, co-showrunner George Schenck said the events of the finale “might” hint at a tweak to the team for Season 15. “It gets to a point where there will be a lot of tension,” he said. “Roles will change, maybe.” 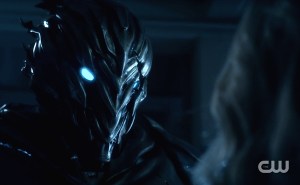 under wishful thinking, but could there be another twist with The Flash‘s Savitar? —SSH
I don’t know if I’d call this a “twist,” but this is as good excuse as any to relay one final, fun tidbit from my set visit. As I watched them shoot Savitar’s Episode 20 warehouse convo with Killer Frost (photo, right), the speed god referred to our Barry Allen using a curious, eight-letter word — one that was eventually cut from the scene. Hmm….