Whether production designer Diane Lederman is tasked with recreating a room from a specific era — like she did on FX’s The Americans — or a contemporary teenager’s bedroom — like she does several times over in Netflix’s 13 Reasons Why, there’s one constant: “I do extensive amounts of research,” she tells TVLine.

13 Reasons Why: Secrets Behind the Sets 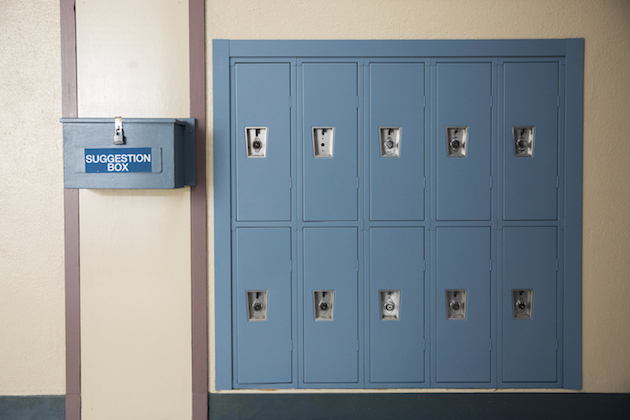 So when it came to creating bedrooms for Hannah, Clay and the rest of the Liberty High crowd, not to mention public spaces like Monet’s cafe and the Bakers’ drugstore, Lederman enlisted all the help she could get — including the series’ young castmembers themselves.

Series stars Dylan Minnette, who plays Clay, and Katherine Langford, who plays Hannah, answered Lederman’s queries “about what they saw in their characters and what would be important to them to see and feel in their room to make it seem like their own,” she says. Series creator Brian Yorkey also “had a very strong opinion about what kind of music [the characters] listened to, and that was a big influence as to all the different music posters” hanging on the walls of the teens’ inner sanctorum.

“I feel pretty confident that we made the right choices,” Lederman says.

At TVLine’s request, Lederman gave us some behind-the-scenes scoop about the world of 13 Reasons Why, from creating the coffee shop’s giant “Water Lilies”-inspired backdrop to having some fun with the graffiti in the Liberty High bathrooms. Click through the attached gallery — or go to it directly by clicking here — for all the details.