The following story contains massive spoilers from this week’s Bates Motel series finale. Proceed at your own peril.

Reunited and it feels so… gosh darn heartbreaking.

In Bates Motel‘s series finale on Monday, Norman (with an assist from brother Dylan) took his own life and was promptly returned to Norma’s loving, heaven-sent arms (read full recap here). It was a fittingly tragic conclusion to the series’ wholly satisfying five-year run — but was it the ending executive producers Kerry Ehrin and Carlton Cuse always envisioned? That was the first of many burning questions I threw out at them about the closing chapter of their Psycho love story. 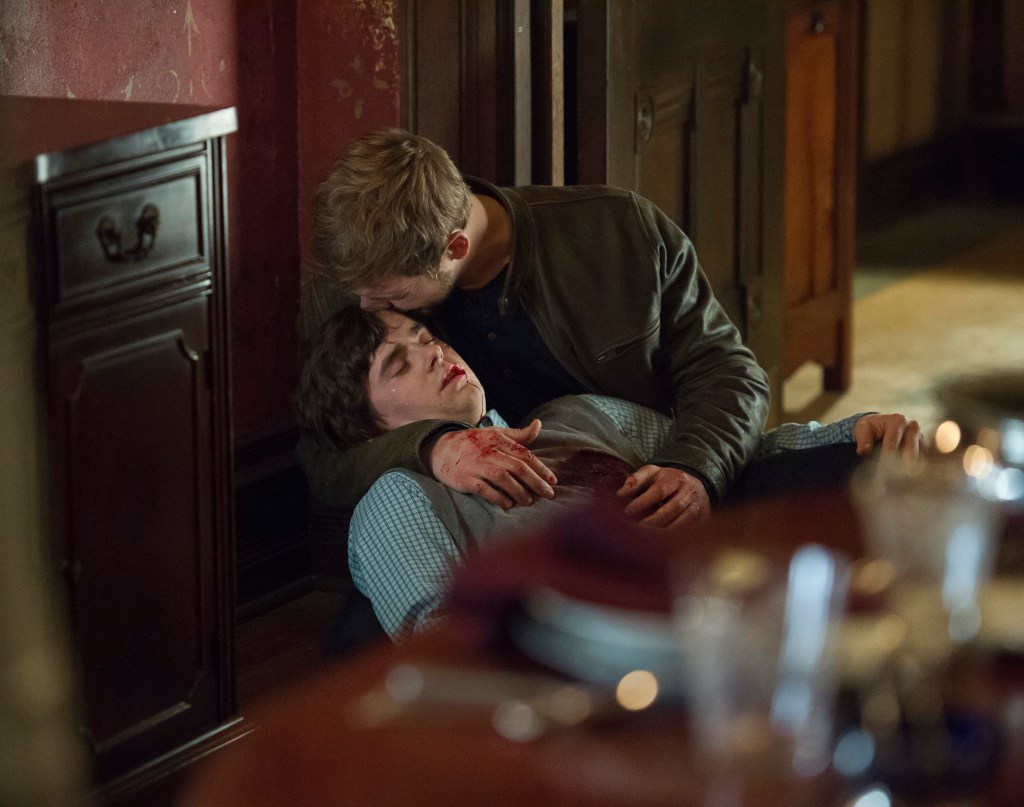 TVLINE | Did you always know the series was going to end with Norman’s death?
CARLTON CUSE | Yes, literally at the very beginning. This is the strangest television series I’ve been involved with in that so much of what we talked about early on actually held up. In a lot of cases, you’re figuring it out as you’re going along — I don’t need to mention any names. Or the show organically evolves in sort of directions that you don’t expect, based on a casting change or other writers come in with other ideas. But [with Bates], we imagined it as a five-year journey ending with Norman’s death.
KERRY EHRIN | The mythology of Psycho sort of locked us into Norman’s death. If you’re telling, like, this dark, profound love story and one person dies, it’s very hard to even contemplate any other ending except that they would somehow be reunited, even if it’s next to each other in the ground. There really was no other option.

TVLINE | Why didn’t he literally kill himself versus burdening his brother with the job?
EHRIN | He was figuring it out [as he went] during that scene. I don’t think he knew exactly what he was doing when he picked up the knife. He gets a lot of information dumped on him by Dylan in that scene that’s really startling and traumatic, and he doesn’t know how to deal with it. I think as he walks across the room [towards Dylan] he’s figuring out what he’s doing. I think he just as easily, at that last minute, could’ve cut his own throat. It was one of those very emotionally messy scenes and that’s ultimately was what came out of it.

TVLINE | When Norma “left” Norman in the woods at the end, did he cease to have a split personality?
EHRIN | What you saw was what would have happened to him when he was a little kid if he’d never created her. He basically just lost his mind. He’s like a little puppy. He’s like a little kid playing with a doll. He’s completely gone at that point. It’s heartbreaking.

TVLINE | The car ride with Norman and Alex was just hilarious.
EHRIN |  I do love that scene.

TVLINE |  But if Norman’s technically Mother, shouldn’t he have felt some love or even lust for Alex? I half expected Norman to lean over and plant a kiss on him, even if just to further antagonize him.
EHRIN |  Mother is a creation of Norman. And he created the parts of her that he liked. He never liked that part of her [that loved Alex]. 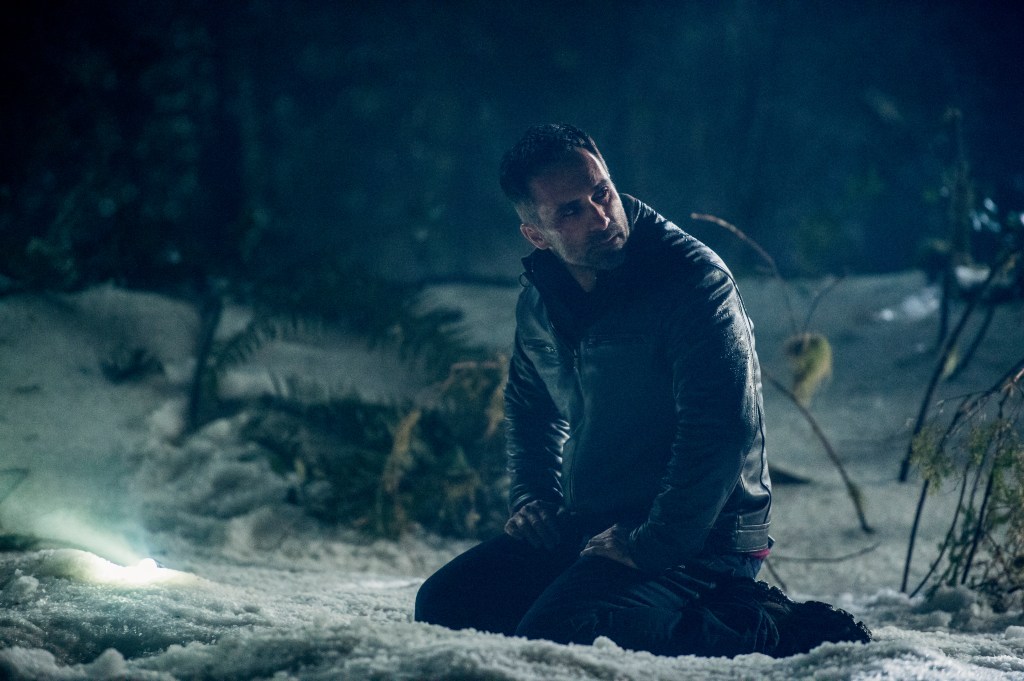 TVLINE | What was Alex’s endgame? He was going to go and retrieve Norma’s body and then do what?
EHRIN | Bury it properly and.. shot himself on top of the grave.

TVLINE | So, it would’ve been a much lighter ending for him…
EHRIN | [Laughs]

TVLINE |  One thing that really struck me this season: As much as I loved Mother, I really missed Norma. Vera created two very distinct characters.
CUSE | That’s a very prescient observation. When we started making this season and were watching the [rough] cuts [come in] it felt like there was this void in the show without [Norma] there. And we didn’t actually fully expect it. I think when we thought, “Oh, well, Vera’s still going to be in the show — she’s just now playing the dead version of herself.” But it’s a different, distinct character, and there was a real sense of loss that we experienced too.
EHRIN | The heart was gone… Norma was the heart of the show. And it was devastating to have to kill her. But it’s nice that you feel her absence because it makes you feel more for Norman as he tries to fill that bottomless void of missing her. We all miss her.

TVLINE |  That was Vera playing frozen Mother at the dinner table in those final scenes, right?
EHRIN | Yes. There’s no substitute for Vera.
CUSE | Vera was so game.

TVLINE |  Why was Norman’s tombstone blank?
EHRIN | Dylan is, I’m sure, the person who made the tombstone, and given that Norman was a serial killer I think it felt like the most respectful thing was to just put his name and [date of death] as opposed to, like, “Beloved son and brother.” The real gift he gave him was putting him next to his mother.

TVLINE | Last question: Is this really the end?
CUSE | Unless we do something with Dylan and Emma’s satanic child… I think this is the end.
EHRIN | This was a story of a lost little boy. And at the end, he had to be returned to his mom. There’s no other ending for it.