THE PERFORMANCE | Of the two lead performances in FX’s juicy Hollywood exposé, Sarandon has the far less flashy role to play. Legendary actress Bette Davis is a tough nut to crack, emotionally, with a thick shell of cynicism and sarcasm protecting her wounded heart. But in this week’s penultimate episode, “Abandoned,” Sarandon finally poked a few holes in that shell and let Davis’ true feelings come pouring out.

All season long, Davis has been warring with Jessica Lange’s Joan Crawford, with the two sniping back and forth and pulling diva fits to get under each other’s skin. But in a love scene with director Robert Aldrich this week, Davis revealed the origins of her feud with Crawford. Sarandon’s eyes flashed with rage as Davis recalled studio executive Jack Warner saying she had “zero sex appeal” as a young actress. Decades later, the words clearly still stung, and Sarandon looked absolutely stricken as she tells Aldrich the name of the actress Warner wished she looked like: Joan Crawford.

Sarandon continued to shine when the two rivals had a climactic blow-up on the set of their new movie. She was deliciously coldblooded as Davis not-so-subtly reminded Crawford of her 11 Oscar nominations. But they also (nearly) bonded over their glory days: Davis dropped her guard and asked Crawford what it was like being “the most beautiful girl in the world,” and Crawford asked Davis what it was like being “the most talented girl in the world.” They both agreed it was great, but “it was never enough.” It was a terrific exchange that summed up FEUD‘s entire season — and an episode that gave Sarandon her meatiest material yet. 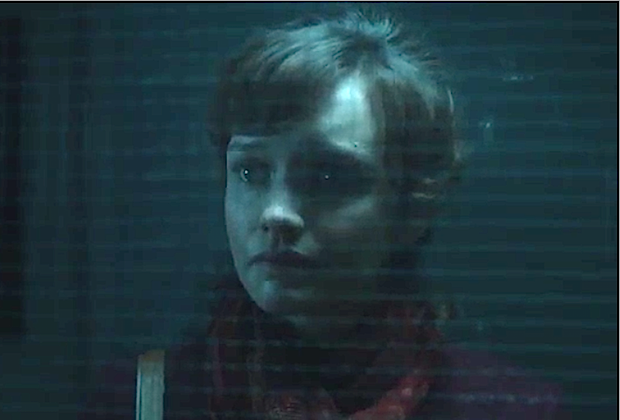 HONORABLE MENTION | As we prepared to check out of Bates Motel for the last time, the drama’s penultimate episode allowed us to say a proper goodbye to Olivia Cooke by putting Emma through the wringer. First, the actress got to play the shocked-numb reaction of Dylan’s wife to the news that Norman had murdered her mother. Then, as feeling returned to Emma, Cooke ably juggled her character’s conflicting emotions, from barely-corked anger at herself and Dylan to ambivalence about the woman who hadn’t been a fraction of the mother to her that Norma was. Finally, a haunting sadness drawn across Cooke’s face, Emma realized during her confrontation with Norman that the person with whom she was speaking was not her old friend. Thanks to Cooke’s subtle, moving work, it was arguably the most crushing light-bulb moment ever. 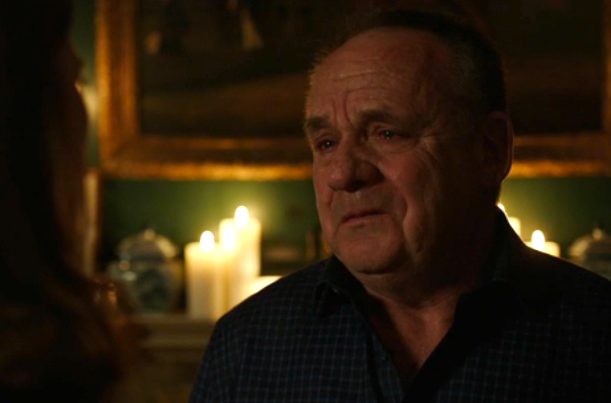 HONORABLE MENTION | On paper, we should despise The Good Fight‘s lying, scheming, Madoff-esque financial investor Henry Rindell. But in acting vet Paul Guilfoyle‘s adroit hands, we can’t help but feel for him even when his actions veer into the reprehensible, as it did in the CBS All Access drama’s Season 1 finale when Henry ultimately decided he was more comfortable sending his innocent daughter Maia to the slammer than spending the next 35 years behind bars himself. Yet, remarkably, Guilfoyle’s ability to illuminate the moral battle raging within Henry (witness his tear-soaked confession and then subsequent goodbye to Maia right before he drove the knife in her back) had us not only sympathizing but relating to his money monster. Simply put, Guilfoyle’s fine-tuned work throughout Season 1, but particularly in the season-ender, elevated The Good Fight to greatness. 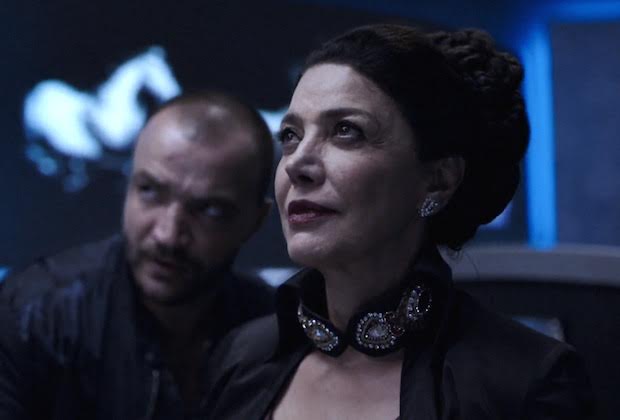 HONORABLE MENTION | As The Expanse wrapped Season 2, much drama involved a standoff between Mao’s minions and those who would protect Chrisjen Avasarala — a sequence that gave Shohreh Aghdashloo material both heavy and light. Hunkered behind a table-turned-shield, Avasarala both acknowledged the grave situation (with her #&@king colorful language) as well as offset it (trading barbs with frenemy Draper, needling Cotyar’s wound to wake him). Near the end of the ordeal, Aghdashloo sold us on the politico’s pragmatism as she braced to be “sold out” by Cotyar (“It’s the rational choice”) before leveraging her value to Mao “to save your life,” she explained to her bodyguard after snatching his gun. Lastly, on the wordless front, the engaging actress made clear Avasarala’s certain satisfaction upon seeing a suited-up Draper — her favorite Martian? — storm in and save the day.