We’ve got questions, and you’ve (maybe) got answers! With another week of TV gone by, we’re lobbing queries left and right about shows including Hawaii Five-0, Girls, Agents of S.H.I.E.L.D. and Fargo! 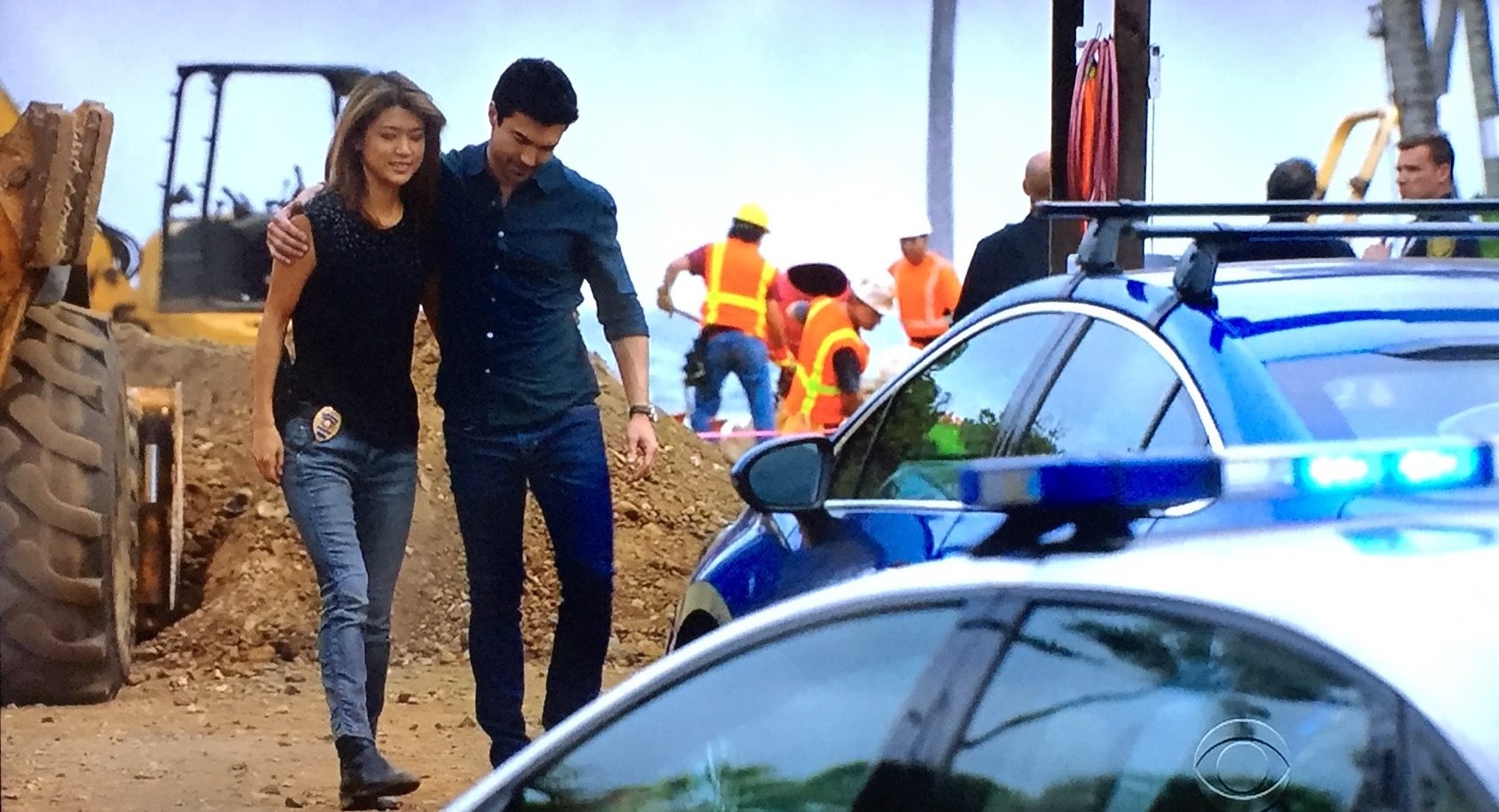 1 | Do Hawaii Five-0‘s Kono and Adam have one of TV’s strongest marriages? Also, through seven seasons how many times do you think Danny has brought his bullet-riddled Camaro to the auto body shop?

2 | During SNL‘s cold open, were you half expecting Jimmy Fallon’s Jared Kushner to muss the hair of Alec Baldwin’s Donald Trump? 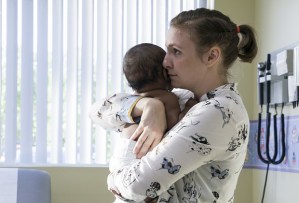 we’re not crazy for noticing that Hannah’s baby Grover was half black, right? Or for speculating that surfer dude Paul-Louis was not the baby daddy?

5 | Is Veep‘s Sue busy working in President Montez’s White House, and that’s why we didn’t see her in the premiere? And since the show keeps casting actors from Fresh Off the Boat (first Randall Park, now Paul Scheer), can we please go ahead and get Constance Wu to come on and curse like 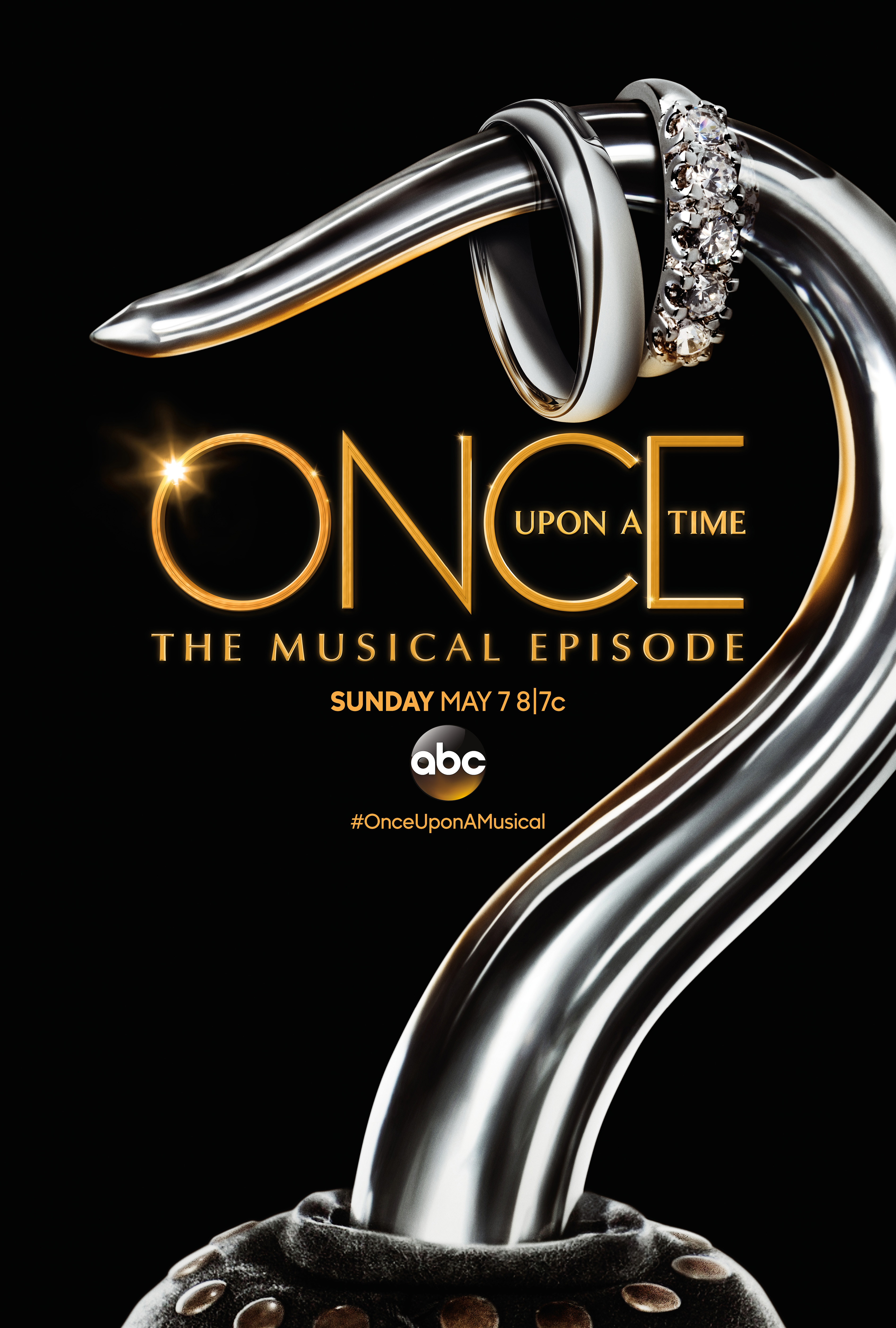 a sailor opposite Julia Louis-Dreyfus?

6 | TVLine Twitter follower Liz had this observation about Once Upon a Time‘s wedding episode poster: “Am I the only one wondering about there being a ring for Hook considering he doesn’t have a left hand? How’s that going to work?”

7 | Did Match Game noob Martha Stewart promptly land at the bottom of the Worst Celebrity Players Ever list?

8 | In light of The Leftovers‘ big Nora/Sarah reveal, we should probably expect a significant time jump in the series finale, right?

9 | Wouldn’t Gus Fring’s Better Call Saul return have been so much cooler if all the ads hadn’t spoiled it months in advance?

10 | Did any Scorpion fans LOL 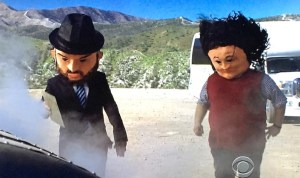 at how the tunnel Walter quickly dug through the frozen soil — by removing random chunks — came out a perfect cylinder? Also, did the piñata masks remind anyone who also watches Legion of David’s bubble-headed tormentor?

11 | How is Prison Break‘s Lincoln waving around fat wads of cash if he was just on the run from loan sharks? Where in the squalid prison does Ja charge his phone? (Though apparently he doesn’t charge it enough!)

12 | Did NCIS make you audibly gasp when Abby admitted she was unable to zoom in on lo-def security cam footage? As is probably often the case in the real world? 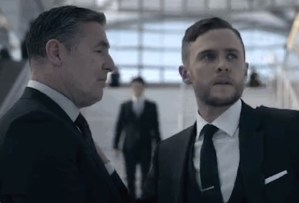 many an Agents of S.H.I.E.L.D. viewer: Is it any wonder that Framework Fitz grew up to be awful, since he has a Death Eater (Harry Potter’s David O’Hara) for a dad?

14 | Does Freeform just not have the budget to visually pull off genre shows (see: Siren trailer) — unless it’s a Marvel series?

15 | Is it just us or was Designated Survivor‘s Julia forever making sexy eyes at POTUS? (Did you sense an inappropriate overtire was coming, or that their holding of hands would get photographed?) And was anyone else expecting Julia to rattle us by slipping into conversation, “No victory without sacrifice”?

17 | Would Fargo‘s Ray really be so cavalier about murdering one of his own parolees over a mere five thousand bucks? 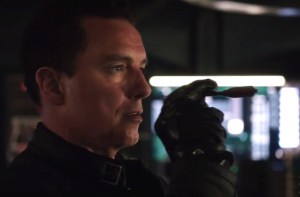 18 | How is Malcolm Merlyn still freely strolling into the Arrow lair? (Why couldn’t you drop him somewhere/time else, Legends?)

19 | Show of hands: How many Scandal fans forgot Portia De Rossi’s Lizzie Bear was still on the show? And as shocking as that murder was, did you sense it was coming the moment Ruland started fiddling with the golf club?

20 | Was the second hour of The Blacklist‘s spring premiere far and away one of the series’ best episodes ever?