Sharpen those pencils and launch ’em at the ceiling in victory, because it’s official: The X-Files will return for Season 11, Fox announced Thursday.

Even better, the episode order for the revival’s continuation is 10, four more than the six-episode Season 10.

Series creator Chris Carter will executive-produce the season, and stars David Duchovny and Gillian Anderson have signed on to return as Mulder and Scully, as well.

At the Television Critics Association press tour in August, Fox Television Group CEO and chairman Dana Walden told reporters that the network would’ve liked to have more than six episodes in the sci-fi series’ initial revival. “It was really the limitations of David and Gillian and Chris’ schedules… It was just trying to coordinate a time where they all carve out a period to be in Vancouver,” where the drama shoots.

“Iconic characters, rich storytelling, bold creators — these are the hallmarks of great TV shows. And they are some of the reasons why The X-Files has had such a profound impact on millions of fans worldwide,” David Madden, president, Fox Broadcasting Company, said via statement. “Chris’ creativity, along with the brilliant work of David and Gillian, continue to propel this pop culture phenomenon, and we can’t wait to see what fresh mysteries Mulder and Scully uncover in this next chapter of The X-Files.”

The network also released a teaser image. Scroll down to see the poster in full, then hit the comments: Are you X-cited to have Mulder and Scully back for an extended run? 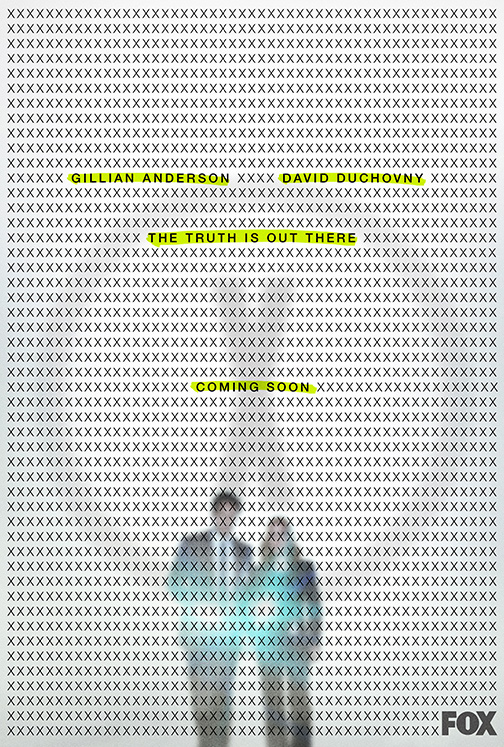