Absence may make the heart grow fonder, but och, it’s also a right besom, no?

Exhibit A: These first photos from Outlander‘s upcoming third season, which show us Jamie and Claire Fraser the way we like them least: apart, with a healthy helping of Frank.

The Starz drama’s 13-episode third season will premiere in September; the exact date has not yet been announced. And on Sunday, Outlander‘s first trailer for the season will premiere just ahead of the debut of The White Princess (8/7c).  Until then, the photos below are our first glimpse of what awaits us when Droughtlander comes to an end.

So, we figured we’d have a little fun.

If you haven’t read the books and don’t want to be spoiled, just click on the gallery on the right — or visit it directly by clicking here — to see the two photos. If you’re an Oldlander or just don’t mind possibly hearing about some stuff that might happen in Season 3, keep reading.

Season 3 will begin with Claire’s difficulties upon returning through the stones to 1948, as her marriage to Frank deteriorates under the strain of her reappearance and her carrying Jamie’s child. In the 18th century, Jamie tries to rebuild his life after the devastating Battle of Culloden and Claire’s departure.

Beneath each of the shots, we’ve listed a few things (including plot points from Diana Gabaldon’s Voyager novel, on which the season is based) that might be happening in each scenario. Click on the ones you agree with most, or hit the comments if you’ve got your own pithy answers to the queries we pose. Ready? 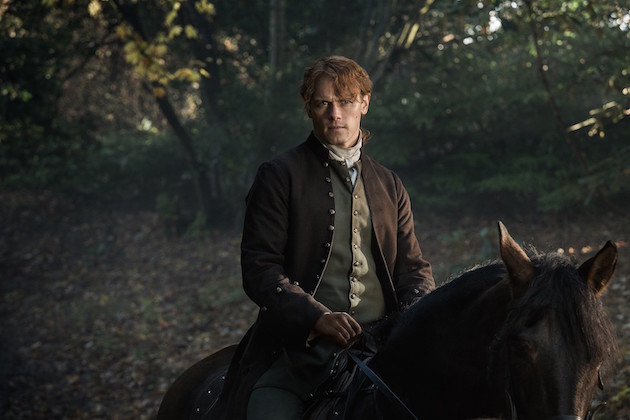 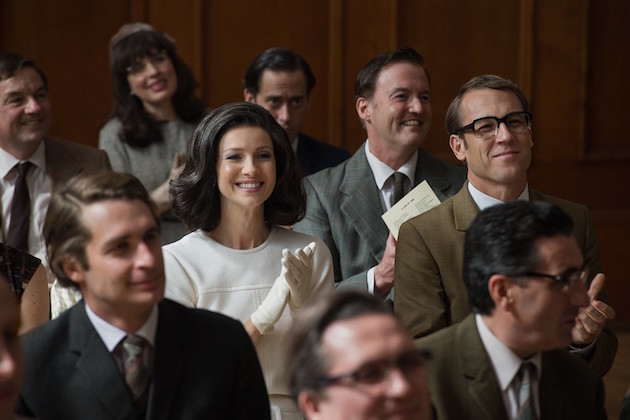