Standin’ at the station, don’t know what to say? Starin’ out the window as you’re rollin’ away? Don’t worry — we can always come back to TVLine Mixtape: This Is Us edition.

In a single season, NBC’s hit drama managed to deliver a wide range of heart-wrenching, gut-punching emotions. We laughed, we cried, we obsessively searched for fan theories. And the show’s music played an integral role in warming our hearts (and exhausting our Kleenex reserves).

If you’re ready to re-experience the rollercoaster of Season 1 (beware of spoilers if you haven’t already watched!), the following mixtape was made just for you. We chose some pretty heavy moments from the Pearson family archives, so be sure to let us know your thoughts and suggestions in the comments below. 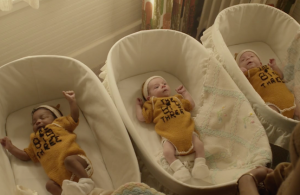 EPISODE | “Pilot”
TITLE | “Watch Me”
ARTIST | Labi Siffre
ALBUM | Crying, Laughing, Loving, Lying (1972)
WHY IT ROCKED | It’s the moment that made you fall in love: Jack and Rebecca may have lost a child, but the sight of baby Randall (née Kyle) in a “Big Three” onesie while the new parents smile above the three newborns cements the newly formed Pearson family. 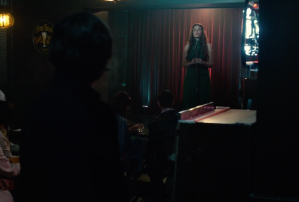 TITLE | “Moonshadow”
ARTIST | Cat Stevens
ALBUM | Teaser and the Firecat (1971)
WHY IT ROCKED | Rebecca ditches her date in favor of a performance gig — at the bar Jack is coincidentally about to rob — and her crooning catches his attention, effectively concluding his brief interlude with crime. 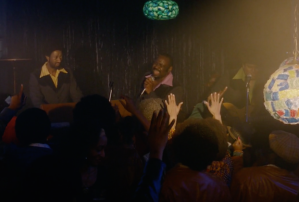 TITLE | “We Can Always Come Back to This”
ARTIST | Bryan Tyree Henry
ALBUM | Music From the Series This Is Us (2017)
WHY IT ROCKED | A young William finally composes an original song, which cousin Ricky soulfully sings to a full bar. An acoustic version of the song is used later in the episode, when Randall’s biological father passes away in Memphis — where it all began. 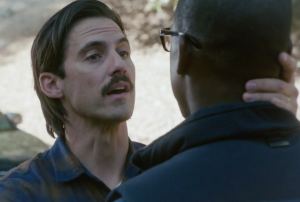 TITLE | “The Calvary Cross”
ARTIST | Richard and Linda Thompson
ALBUM | Live! (1976)
WHY IT ROCKED | While high on ‘shrooms, Randall struggles with his identity, calling himself a “replacement” for the family’s dead baby. Even as a hallucination, Jack reassures Randall — “the moment I saw you, I knew you were my boy.” Aw. 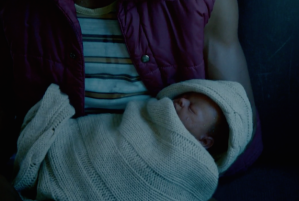 TITLE | “Blues Run the Game”
ARTIST | Jackson C. Frank
ALBUM | Jackson C. Frank (1965)
WHY IT ROCKED | William’s addiction to drugs is chronicled through a series of experiences on the local bus. He transforms from a poet wooing Randall’s mother into a drug addict — and finally into a broken man who leaves his newborn son at a fire station, all while Frank’s mournful tune plays in the background.

EPISODE | “The Best Washing Machine in the Whole World” 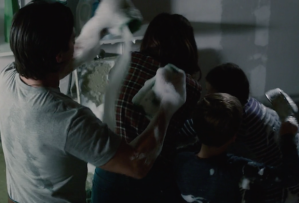 TITLE | “The Wind”
ARTIST | Cat Stevens
ALBUM | Teaser and the Firecat (1971)
WHY IT ROCKED | While Stevens sings, the Pearson family’s history can be seen through the evolution of its washing machines — from a single couple at the laundromat to an entire family tackling an overflowing machine (“Pearson family bailout!”). 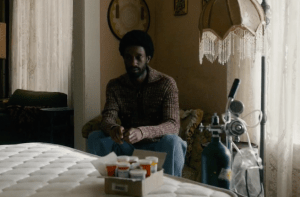 TITLE | “Pharaoh”
ARTIST | Sidney Carter
ALBUM | The Alan Lomax Collection: Southern Journey, Vol. 1 — Voices from the American South (1997)
WHY IT ROCKED | William stares at his mother’s empty bed and leftover pill bottles, unable to comprehend a world without her. Her death is a tipping point into his drug use and the reason he doesn’t return to Memphis, his cousin or his music career. If William could voice his grief, we bet it would sound a lot like Carter’s acappella performance. 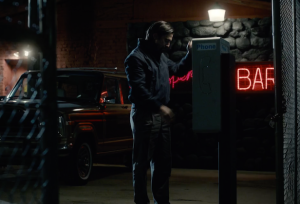 TITLE | “Death With Dignity”
ARTIST | Sufjan Stevens
ALBUM | Carrie & Lowell (2015)
WHY IT ROCKED | You’ve fought with your wife, been shamed by your kid and downed half the bar. So yeah, Jack, “What Now?” 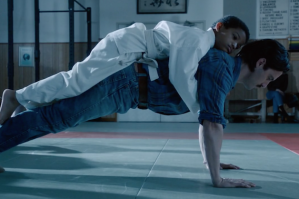 TITLE | “If Only”
ARTIST | Maria Taylor
ALBUM | In the Next Life (2016)
WHY IT ROCKED | A young Randall clings to his father as Jack performs symbolic push-ups in the local dojo. It’s hard not to cry when Randall climbs onto the backs of the other black fathers in the room, whose push-ups represent their willingness to be supportive role models for Randall. (The swelling, strummy guitars of Taylor’s ethereal ballad don’t hurt, either.) 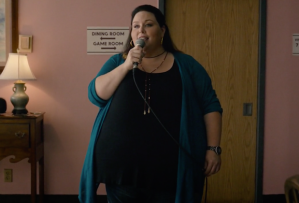 TITLE | “Time After Time”
ARTIST | Cyndi Lauper
ALBUM | She’s So Unusual (1983)
WHY IT ROCKED | Toby encourages Kate to face her fear of singing in public — by booking her at a nursing home. After a rough start, she belts out an amazing rendition of the romantic tune. (Toby’s face says it all.) 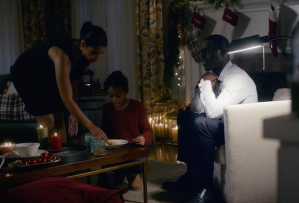 TITLE | “O Tannenbaum”
ARTIST | Ernst Anschütz
ALBUM | N/A (1824)
WHY IT ROCKED | One of the show’s best comedic moments occurs during its present-day Christmas festivities, while Randall watches William play the piano for Jesse. He’s curious about their relationship, to which daughter Tess points out, “Dad, Grandpa’s gay. Or at least bi.” Randall’s dumbfounded reaction? Priceless. The holiday carol? A traditional treat. Everybody wins! 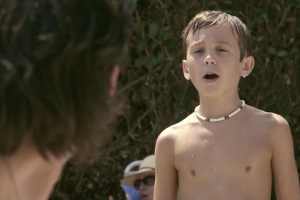 TITLE | “Someday Soon”
ARTIST | Alexi Murdoch
ALBUM | Towards the Sun (2009)
WHY IT ROCKED | After begging for his parents’ attention all day, Kevin’s near-drowning goes unnoticed by his family — to which he yells, “You’re so busy making sure Kate’s not eating too much and Randall’s not too adopted!” Is this where Kevin’s resentment for Randall began?