THE PERFORMANCE | Whether you’ve ever even checked out Girls, chances are you’ve formed an opinion about the HBO dramedy’s creator/star. Maybe you love Dunham for embracing her non-model-skinny body. Maybe you resent her for her advantaged upbringing, or dislike her politics, or can’t abide her all-too-human habit of inserting foot in mouth.

But what’s sometimes lost among the opinions is that, at the end of the day, Dunham is not only a unique actress but a damn fine one, too. Take, for example, her work in Sunday’s installment. In just its first few minutes, she transitioned overwhelmed mom-to-be Hannah from grumpily warning ex-boyfriend Adam against making a sequel to his movie about their rocky relationship to revisiting that very relationship with a sex scene that was at once sweet, tender and awkward.

Later, as Adam planned out their new life together, going so far as to casually mention marriage, Dunham beautifully nailed Hannah’s heartbreaking reaction, reducing her to tears because it was simply too f—ing painful to say aloud “no” to the pretty portrait of domesticity that he painted. In that moment, the Girl once more — and certainly once and for all — earned her stripes as a leading lady. 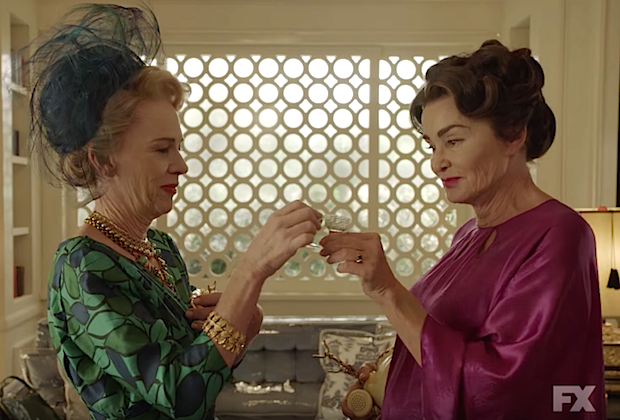 HONORABLE MENTION | Next time someone tells us to name our poison, we’re going to reply Judy Davis. As FEUD: Bette and Joan gossipmonger Hedda Hopper, she puts the “toxic” in “intoxicating,” and has never done so better than in “And the Winner Is… ” As the columnist hatched a vicious plot to help pal Crawford prevent rival Davis from scoring a record-breaking third Oscar, the actress reveled not only in her character’s cunning but also in her warped sense of righteousness. Did anyone not declare “Big, feathered hats off!” to Davis when Hedda explained with absolute conviction that she hated Bette because she’d never understood that “hypocrisy is the tribute vice must pay to virtue”? The way Davis poured out the line left us as drunk as if we’d been served a martini. 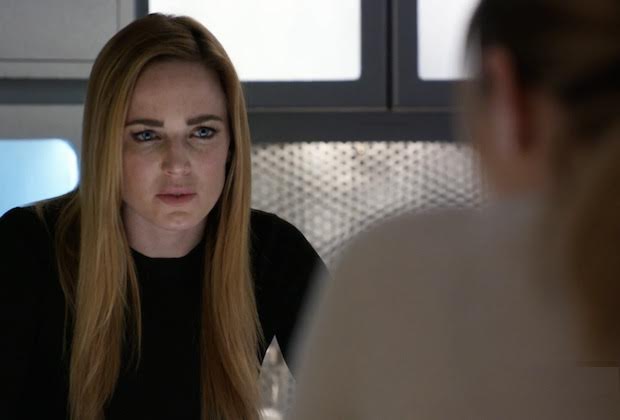 HONORABLE MENTION | Just as Sara Lance captained the Waverider this season, Caity Lotz often serves as Legends of Tomorrow‘s emotional anchor. That was evident in the Season 2 finale, where possession of the Spear of Destiny fell on Sara, triggering a palpably intense moral quandary. In a scene with two Lotzes, steely Sara grilled her future self about failing to use the Spear to end the Legion, though the ladies eventually conceded that it’s because “they” are not strong enough to behold such power. Lotz later gave us a more penitent Sara, when in a “reunion” with sister Laurel, she copped to being “damaged” as the result of her crucibles, and debated whether rewriting reality to avert them is the right move. White Canary is all about her muscle, but Lotz shines just as bright when Sara’s heart is on display. 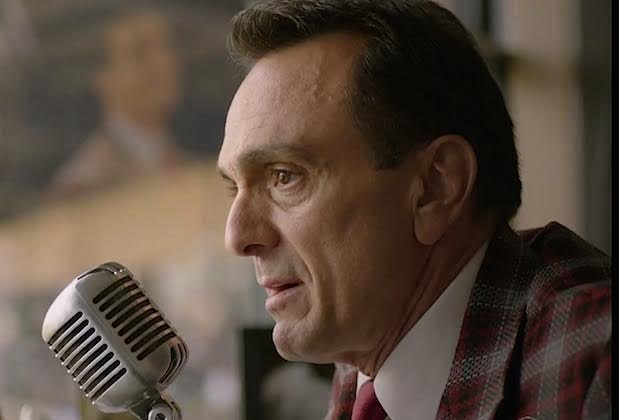 HONORABLE MENTION | With his very first scene as IFC’s Brockmire, Hank Azaria stepped up to the plate and delivered an uproarious — and yet melancholy? — homerun, as the titular play-by-play legend melted down in a way that would send his career to the showers. Just study Azaria’s whiskey-guzzling, increasingly twitching face as he calmly recaps his discovery of wife Lucy’s orgiastic adventures as a “sexual astronaut,” with no less than neighbor Bob Greenwald (“I hosted his kid’s bar mitzvah!”) among her strap-on’s plowees. Spanning sentiments from sweet (“…gardenias, her favorite flower…”) to spectacularly salty (speculating where in his wife’s body a long ball might land), the six-time Emmy winner served up a showstopper of a sequence that illustrated both the heights of Brockmire’s talent and the depths of his despair.