We’ve got questions, and you’ve (maybe) got answers! With another week of TV gone by, we’re lobbing queries left and right about shows including Sleepy Hollow, Once Upon a Time, The Walking Dead, Quantico, Legends of Tomorrow and Scandal!

1 | In the Sleepy Hollow finale, wouldn’t it have made more sense for Lara to sacrifice her soul to the devil — rather than Ichabod — given that there are basically two of her in this timeline (and she’s kinda the surplus one)?

2 | Which Grimm finale death hit you the hardest (when you thought they were going to stick)?

3 | Does the well-connected Hawaii Five-0 team really rely on years-old U.S. Census data to determine if a person of interest lives alone or not? On the brighter side, how spot-on was McGarrett’s “recap” of the Danny/Rachel/Stan/Charlie saga? 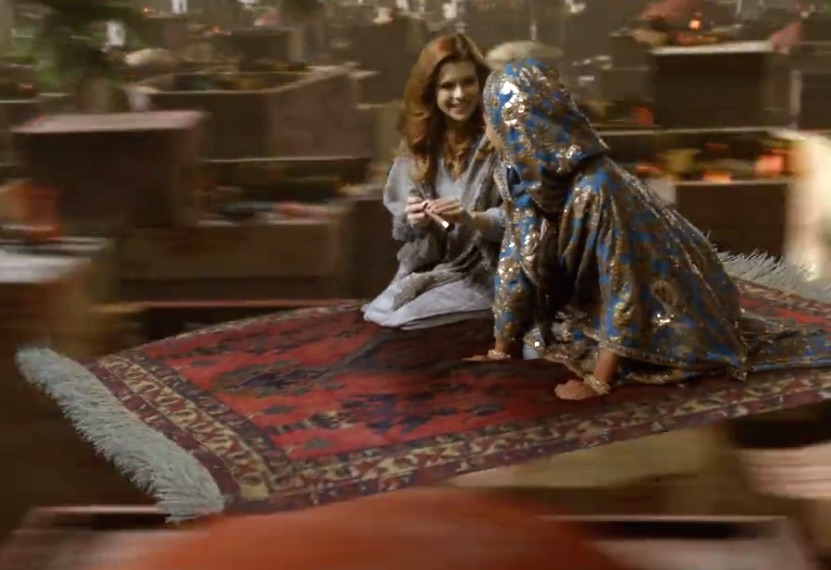 Jasmine and Aladdin have less chemistry? And do we have an early frontrunner for our end-of-year Worst CGI award?

5 | Is it mandatory that every TV time-travel show — Timeless, Legends of Tomorrow and now Making History — visits Al Capone’s Chicago at some point?

6 | Yes, Big Little Lies earned that happy ending, but would Amabella really want to go on a beach playdate with her torturer Max? Or was he magically cured when his abusive father was killed? During Ed’s and Bonnie’s performances, why were their biggest fans — their significant others — standing so far back in the crowd? And finally, who do we think was spying on our heroines from behind those binoculars?

7 | On Girls, why is Shoshanna’s old boss Abigail getting more scenes in the final episodes than Shosh herself? 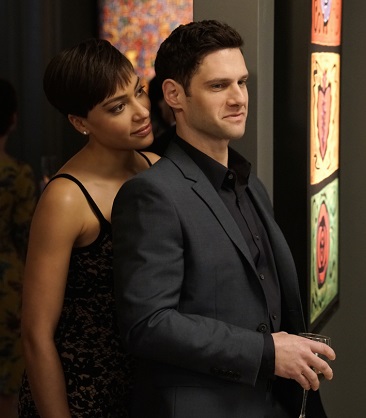 8 | Since moving to The Good Fight, has Lucca’s behavior and personality become inexplicably Kalinda-like, with the overt sexual comments and aloofness?

9 | Shouldn’t a self-professed smarty pants like The Walking Dead‘s Eugene have had the foresight to take back the poison he’d given Sasha, rather than let her walk around with incriminating evidence?

10 | Even though Dancing With the Stars‘ Julianne and Derek Hough performed a gorgeous routine about their parents’ divorce, wasn’t it very awkward to have their mom watching it from the audience?

11 | On a scale of 1 to Rambaldi, how much of a handle do you have on Quantico‘s “collaborators” storyline? Also, based on the story ideas on Sasha’s white board, doesn’t it seem like she’s got quite a work week ahead of her? (She still is a features reporter, right?)

13 | Were you hoping that Legends of Tomorrow‘s finale would rejigger the team more? Was League of Assassins-trained Malcolm knocked out too easily by Jax? How did the show’s doppelgänger CGI wizardry rank compare to Orphan Black, The Vampire Diaries, etc.? (Speaking of which, would the Internet have broken if the two Saras got curious and kissed?)

14 | If that was indeed New Girl‘s series finale, wouldn’t it have been nice to have at least one scene with all of the characters in the same room? And if the show returns for Season 7, can we get Damon Wayans (currently on Fox’s Lethal Weapon, and father of former loftmate Damon Wayans Jr.) to play Winston’s father?

15 | Is Hulu’s Dimension 404 supposed to look like it has the production values of a Mentos commercial?

16 | Was the Prison Break premiere’s biggest stretch of credulity that wispy Michael’s jacket fit beefy Lincoln? Also, why did that blonde assassin leave Jacob alive, to potentially ID her? (Unless… Sara’s husband is one of them?!) And which nit do you most want to pick: the changed year on Michael’s tombstone, the fact that said grave changed countries, or the fact that prison escapee Sara is living free in America?

17 | Why did Designated Survivor‘s Tom wear such a staid, non-politician-y suit to the town hall? And are we to believe those audience questions were not pre-screened, as they would be in real life?

18 | Doesn’t it feel like black-ish‘s Bow has been pregnant for two years?

19 | Any other Chicago P.D. fans bummed the Burgess/Ruzek scene was cut from this week’s episode?

20 | Are we just going to pretend that it’s OK that Empire‘s Hakeem ripped sleeping daughter Bella out of her crib and made off with her in the middle of the night because he hastily decided he wanted to spend QT with her during the remaining minutes of his 21st birthday? (Lucious declared him father of the year for this?) And where was Annika while all this was happening? #SaveBella

21 | Brockmire has us wondering: Even for a crummy minor league team, would a PA guy really deliver running play-by-play during the pitcher’s wind-up, throughout at-bats? Seems distracting. 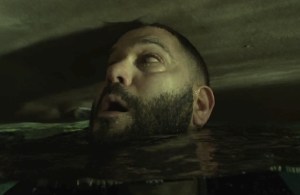 23 | After the nasty way that Grey’s Anatomy‘s Meredith gave Nathan the brushoff, would he — or anyone — really come back for more? And shouldn’t the show have given us some progression in Alex and Jo’s relationship by now, or have had DeLuca confess his feelings to her, or… something, anything?

24 | Does ABC’s Dirty Dancing remake have to air?